Known for her shop in Hindles Road

Amy Patard was born in Guernsey in 1900. She came to Canvey c1920 when her sister Rita married Captain Gregson. Amy married Joseph Wyatt in 1928. The couple did not live on the island all their married life. When she returned to Canvey she had a shop in Hindles Road. The building is still there in someones garden it is a rather rundown building today. Amy died in 1989.

According to her nephew Alan Gregson, eldest son of Capt Gregson;-
Amy was…. happy, loving, untidy, easygoing; always a kiss and a little gift for each boy (Alan and his brother)…..not that she often came to The Lake but when she did, it made Rita’s day….She was courted by Joe Wyatt, a compositor on one of the big London daily papers. His working hours were thus a bit odd. They were married and lived at Winkletye Road in Hornchurch, not far from the aerodrome….Uncle Joe Wyatt was always kind and pleaseant; he seemed not to have any interests outside his work and tinkered with their motorbike or car. Many years later Aunt Amy settled in Canvey to be near Rita and Johnny. 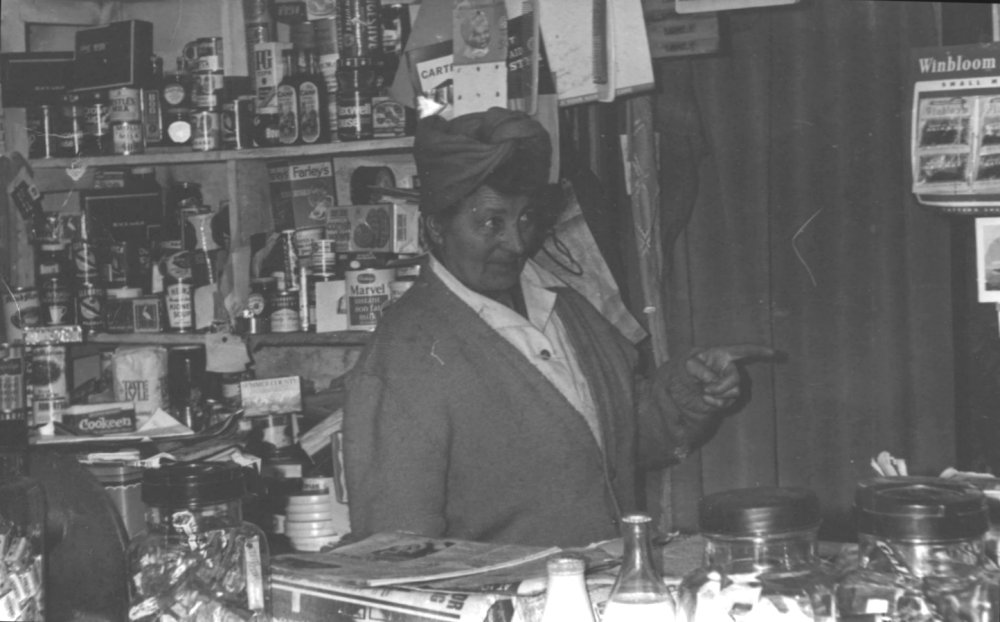 These are photos from Julie Burridge. Amy in her shop which I am sure will be recognised by many of our older readers and below the place she lived in 1920 Belvoir Lodge. Does anyone know where that was? Please comment below.