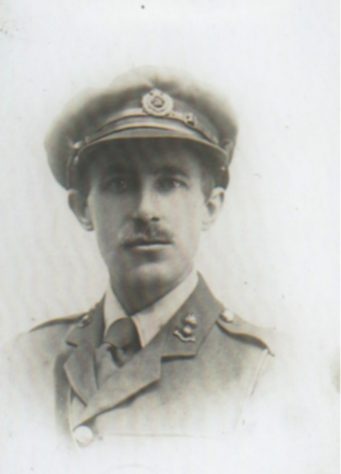 In the 1880’s the Revd.Jesse Gregson and his musician wife had two children, Mary and William.

William recalled those childhood Vicarage days, the periodic visits of Dr.Harvey Goodwin the Bishop’s “inspector”; the seasons of the year in Church and upland farm; and in adolescence William was articled to the Lancaster architects Walker Carter & Walker. 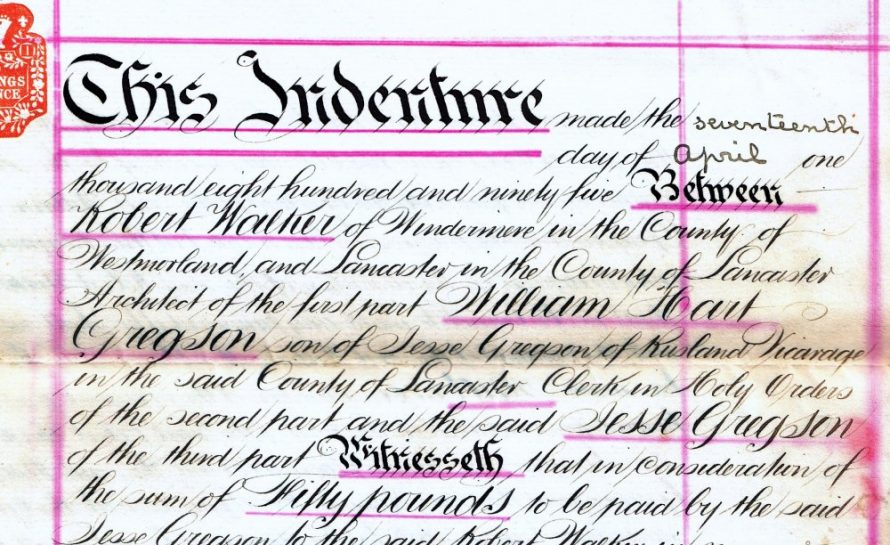 He apparently went to London in Edward Vll’s time, and became friendly with a family; the father was a scenic artist employed by West End theatres; and there were one or two eligible daughters; meanwhile he joined the Artists Rifles, a fashionable Army Reserve unit. The call of the sea must have reached him because (through an uncle in Sir Forescue Flannery’s marine underwriting business) he joined Norddeutcher Lloyd’s transatlantic steamer Charlois as a young supernumerary engineer; on crossings between Hamburg and New York he would have seen more of triple-expansion steam than of charts and sextants. His recollections of New York policemen (or their attitude to European sailors) were less than flattering. 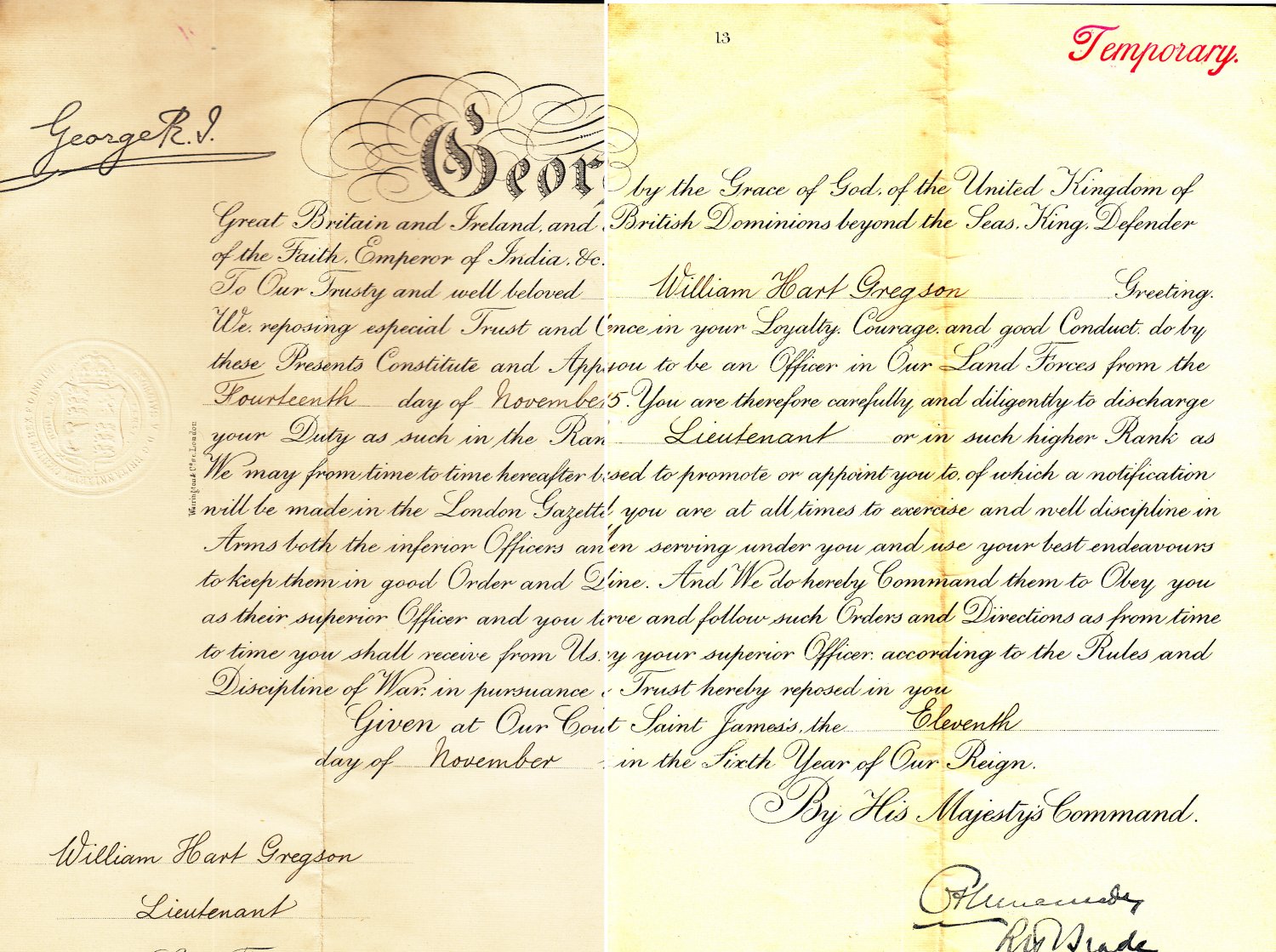 When he was made a Temp Lieutenant

World War One broke out while his ship was eastward bound, and kind old Capt. Paters, recognising that William was an “enemy alien”, arranged to release him in a neutral port; from whence, with Uncle’s help, William regained London and more specifically Chatham, and a junior lieutenant’s commission in the Royal Engineers.

His years on the Western Front in 147 Coy.R.E. provided lots of war stories ; he became a Double Company Commander after heavy casualties; was gassed; finished his R.E. service at Kelham Hall in England; and during a leave in the Channel Islands, met the Pattard family who had a farm in Guernsey. They had some daughters.

Although William was always willing to describe his wartime experiences, and the good and bad aspects of some superiors and fellow-officers, he was unfailingly cheerful and objective. Sloppy sentimentality he could not tolerate; even distanced himself from Armistice Day services and old-comrade events. 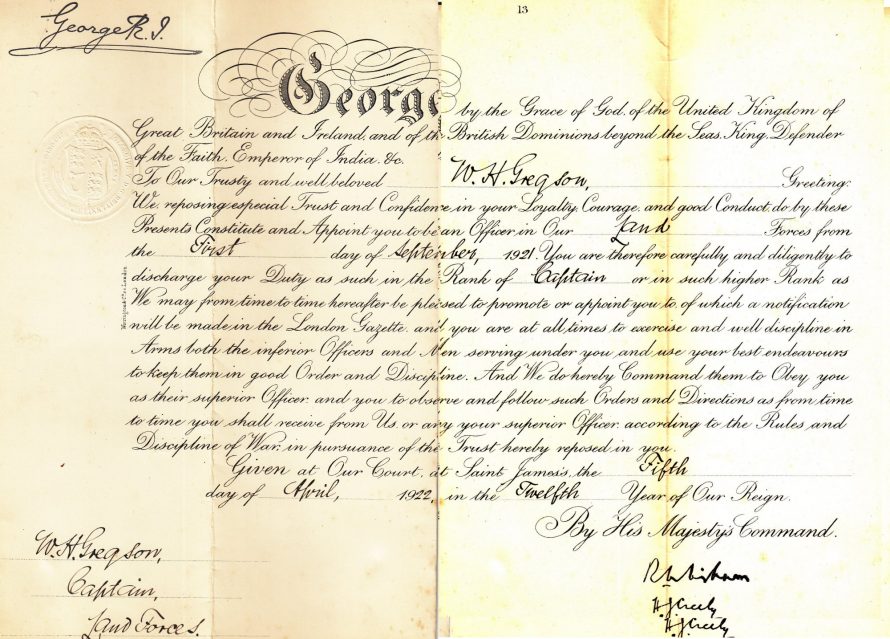 Nor was he ever known to use personal violence or strong language; he loathed schoolboy profanity and anything risque or salacious; and his attitude to the working-classes was that of a benevolent squire.

To become any sort of squire or lord-of-a-manor, one needed to own land; and this he began to do, on Canvey Island, even before his 1919 marriage to young Rita Pattard.

Oysterfleet Farm, The Lake, and plots at Leigh Beck and Small Gains were gradually acquired; and the little houses built upon them reflected his architectural background.

At the start, he had Bill Blackaby’s assistance for surveying, fencing and construction. (They got permission to blow-up a large concrete installation in the Winter Gardens, to yield many tons of useable rubble in an island of pure clay.

By the mid-Twenties William was the island’s largest individual landholder. Rita bore him sons Alan in 1921; and Anthony in 1925.