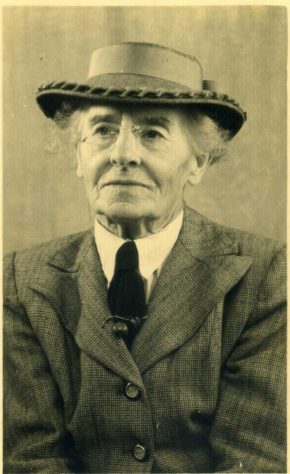 Clara Grace James was born on the 30th October 1866 at 24 St John Street, Deptford in Kent. Her parents were George James a tailor and Mary, nee Corse who married in Shoreditch in 1853.  Clara’s patron, Lilian Gilchrist Thompson, stated Clara was orphaned as a child and according to the records I have found that could have been as a very young child, I found some deaths in 1867 which could be her parents.

She joined the Women’s Trade Union Association in 1889 and went on to become assistant secretary and union organizer of the WTUA, assisting Clementina Black and John Burns to resolve the chocolate makers’ strike in 1890. The WTUA failed in 1892 because of the opposition of employers and the problems organizing the young girls who were increasingly employed in the confectionary trade. For a while Clara James was the only woman delegate on the London Trades Council. According to the biography by Gerry Holloway, James was also, along with her friend Amelia Hicks appointed as delegates to the royal commission on labour. They were the only women to give evidence and they both spoke in favour of woman factory inspectors, stipulating that these inspectors should be working women not ladies. In 1894 the WTUA had reformed as the Woman’s Industrial Council and Miss James served on some of their committees.

Clara James trained to be a gymnastic teacher and set up her first working girls’ club with the WTUA, some of the activities were musical drill classes. The clubs were very popular and it was through these clubs that Clara James gained the trust of the working girls and persuaded them to help the women factory inspectors bring about improvements in their working conditions. By the early 1900’s James had set up her own organisation called Working Girls at Play.  It was at this time mainly because of her ill health, she visited Canvey Island and it was here that she established a holiday home but not just one for herself. She opened her home on Canvey to the working girls from East London who because of the working and living conditions were very much in need of fresh air and relaxation.  This was so popular that tents had to be erected in the grounds during the summer to cope with all the girls. 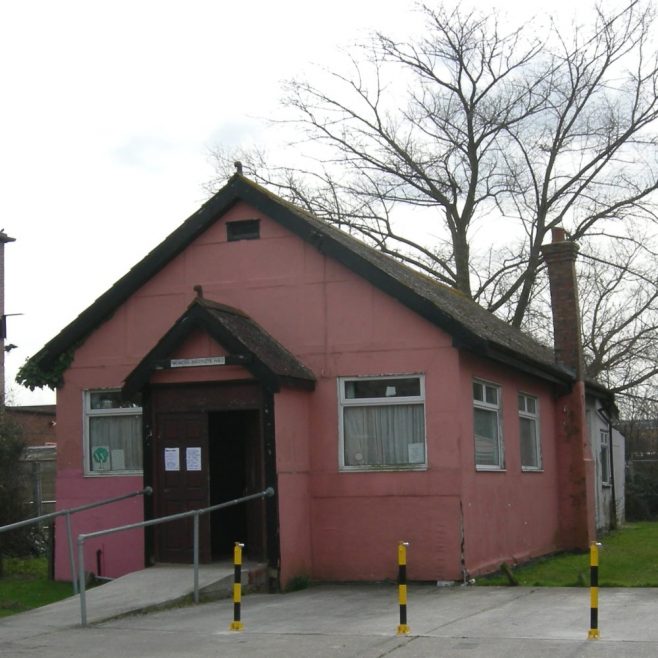 Clara went on to be a great influence on the life of Canvey Islanders.  She founded the Canvey Labour Party, she was a member of the Canvey Council, she was a JP and she was the founder member of the Canvey Women’s Institute. The Canvey Woman’s Institute was started in 1923. It was in the WI hall that I found the picture of Clara James. Margaret Payne told me she met her here when she was just four years old. Margaret accompanied her mother to the WI hall where Miss James was giving instruction in drill with Indian Clubs. Margaret says Miss James, who was a diminutive person of about 5feet or so, was very strict, and Margaret got told off perhaps for fidgeting or kicking the chair she was sitting on, as a four year old would do.

Miss James died in 1954 leaving an adopted son, Peter, who married, sold the house on the Lake and moved away from the Island. 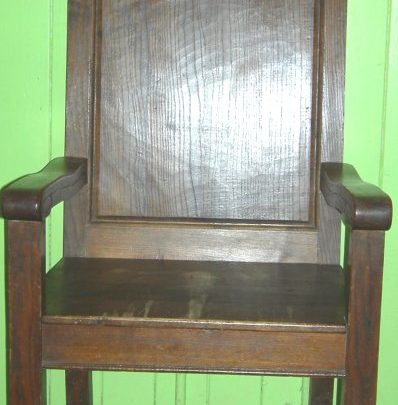 This chair, which is in the WI Hall, is a memorial to Miss James
Janet Penn 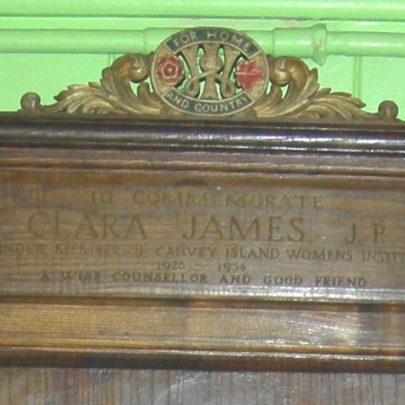 The inscription on the chair
Janet Penn 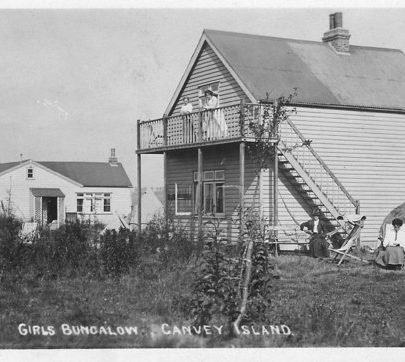 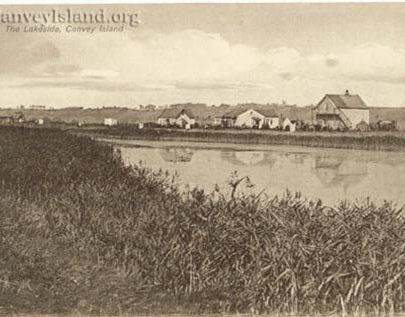 The bungalow from the otherside of the lake