Sent in by Peter Slann 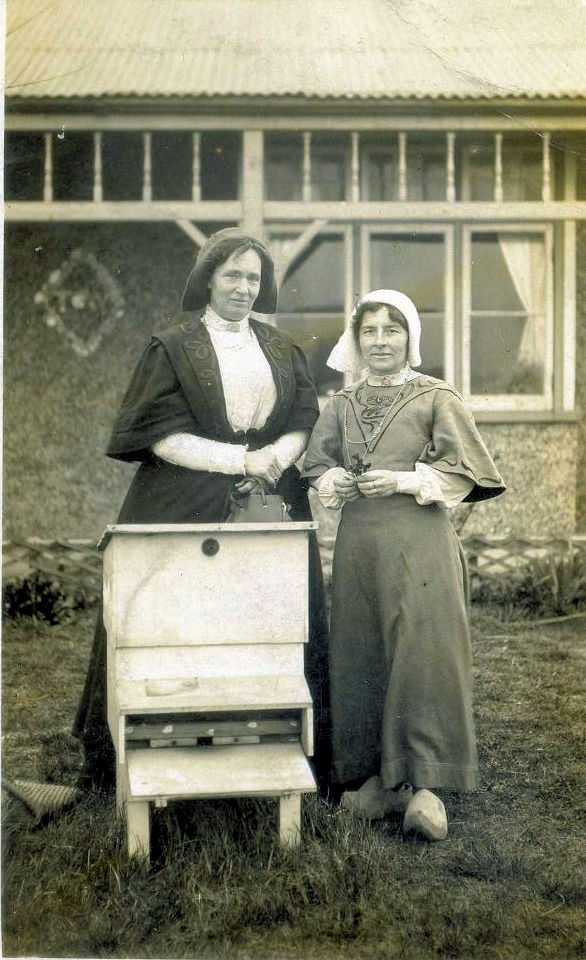 Peter Slann and his family knew Miss James for many years. He says of this photo:-

Misses Alabaster and James outside “The Willows”. The window location you will recognise from the picture referred to in my previous mailing. It was in this room that, as a family, we used to sleep if there was no room in the Rest Home. I guess this dates to somewhere in the late twenties judging by the lack of plants, fruit trees and particularly Lavender which I vividly recall in the thirties and on wards. Much of their food was grown in the grounds. An aunt of mine Ada Eburn, later Smith, was the Cook.

Miss James is on the right. The ladies are obviously dressed up in Dutch costume for some occasion. I wonder what it was.

The Postcard below shows the Willows taken from the Girls Rest Home. You can clearly see the beehive that is in the in the photo right.

This is a photograph of “The Willows” with Miss James holding her bicycle and her companion Miss Alabaster. 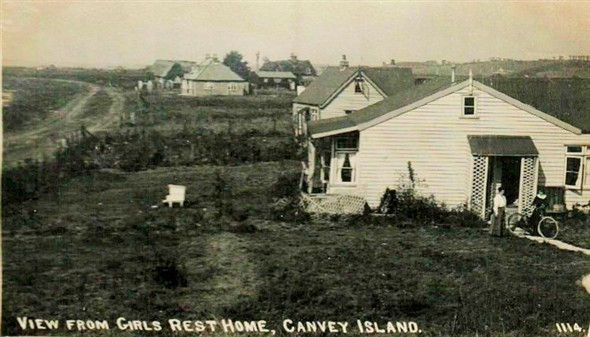 The Willows. The postcard is dated 1911