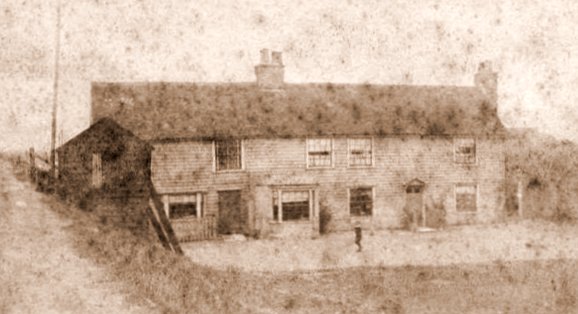 An early picture of the Lobster Smack Inn (Sluice Inn)

When you think of the Licensee of the Lobster Smack Inn (also known as Sluice Inn) on Canvey Island your first thoughts would probably be Charles Beckwith Snr and his son also Charles  (from 1862-1915) or perhaps James Went (from 1917-1933) but further back the Licensee was Crisp Molyneaux Harridge (from around 1841-1851 or possibly as late as 1861).

Crisp Harridge was the youngest son of Thomas Harridge (1740-1827) who was a Wine Merchant, a Magistrate, Deputy Lieutenant of Essex and at the time of his death a very rich man. Crisp was baptised at St Clements, Leigh on Sea on the 3rd August in 1788 to Thomas Harridge and his wife Susanna (nee Gurnett) who Thomas married on the 17th October 1765 also at St Clements. The Harridge family can be found in the St Clements Registers back to the mid 1600’s with the family also having connections to Rayleigh where Thomas Harridge had a big house described when it came up for sale after his death in 1827: 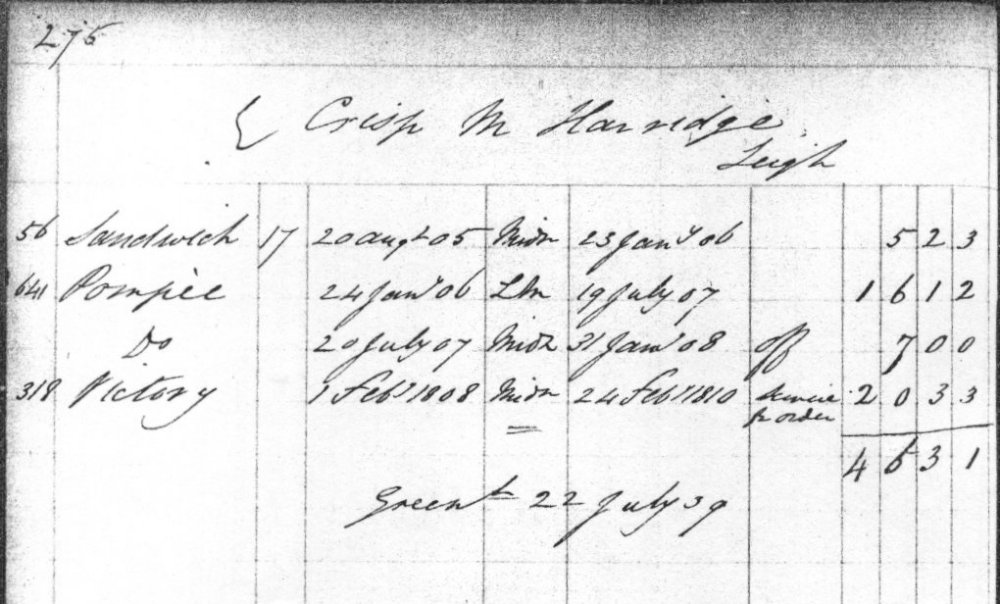 Part of his Naval record

At the age of 17 Crisp joined the Royal Navy as a midshipman on HMS Sandwich, followed by stints on Pompie and finally HMS Victory where he served from Feb 1808 to Feb 1810. 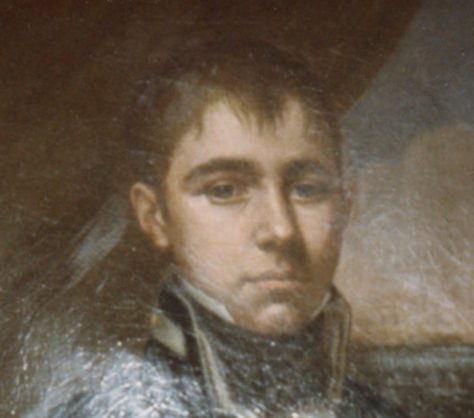 After his discharge from the Royal Navy he married Mary Ann Witham on the 25 November 1816 at St Leonards, Shoreditch, Middlesex. Their first child, also called Crisp, was born in 1818 and baptised in Rayleigh on the 25 January 1818. He unfortunately died a few months later, Jun 1823, by which time the family were living in Billericay where Crisp to become the Licensee at the Sun Inn. Crisp jnr is buried at Holy Trinity Church, Rayleigh.

It was in 1827 that his father, Thomas, died leaving his son part of his estate along with his brother David and his sisters. Two years later he was one of the defendants again along with some of his siblings when other members of the family brought a Suit in the Court of Chancery contesting the execution of his father’s will splitting the family.

Crisp resided at the Sun, Billericay until 1840 when he made the move to the Sluice Inn(Lobster Smack Inn), Canvey where he can first be found in the 1841 census having taken over from William Finch.

Perhaps the old sailor longed for the smell of the sea again and Canvey was probably the nearest he could get. How long he was actually the licensee at Sluice Inn is not entirely clear. He was recorded there in the 1851 census but I have not been able to find the family anywhere in the 1861 census, which could mean the census record may have been lost, unreadable or transcribed incorrectly. What is certain is that Charles Beckwith had not taken over as he was still in resident in Milton, Gravesend at that time. It is possible Crisp was still at Sluice Inn in 1861. His son George Dennis (1828-1861 who also cannot be found) died in August 1861, his death certificate states he was an ‘Innkeeper at South Benfleet’. Crisp himself died a couple of years later in September 1863 with his death certificate stating he was a ‘farmer and Innkeeper at South Benfleet’.

At this time different parts of Canvey Island belonged to different Parishes on the mainland and when the census was done it was recorded in each of the individual parish’s returns. The Sluice Inn and surrounding area came within the Parish of South Benfleet, as is shown in the 1851 census below, so therefore it would not be incorrect to state they died in South Benfleet, as it does on the death certificates, even if it was actually on Canvey Island. So until further evidence comes to light we will assume that Crisp Harridge was probably the Licensee of the Sluice Inn (Lobster Smack Inn) until the time that the Beckwith family took over around 1862.

What was Canvey like in the years that Crisp lived at Sluice Inn? Pigots Directory 1839 says there were 50-60 houses on the island and the main industry was fishing and sheep. According to the Whites Directory of 1848 Canvey had a population of 277 and the island had rich grazing land with many sheep and cattle. The landowners at this time were the Spitty, Ballie and Curtis families and the land was mostly occupied by farmers from the eight parishes to which it belonged. The principle residents were Crisp Molyneaux Harridge, Victualler at the Lobster Smack and John Hunt, Shopkeeper.

The 1851 PO Directory gives a similar description but giving residents names as John Hart, Shopkeeper; Crisp Molyneaux Harridge, Lobster Smack; John Morley, Farmer; James Ellis Wellard, Farmer. The 1862 Post Office Directory shows only 111 inhabitants and Charles Beckwith in residence at the Lobster Smack Inn. By this time the Coastguards were in residents at the Coastguards cottages, with a lieutenant and eight men. Several directories talk of the annual fair which we understand was held at the Lobster Smack on the 25th June. 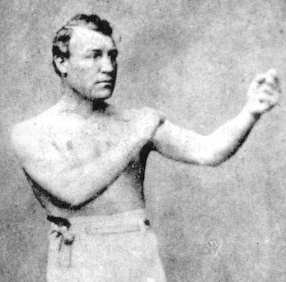 Dowd’s Canvey Cyclopaedia states; In the 1800s the greensward by the inn (Lobster Smack) was the scene of many illegal bare-knuckle fights (‘mills’); Tom Sayers, who often fought here, and one Heenan fought 48 rounds in January 1857 – darkness forcing a draw.   February 19, 1857 saw Sayers draw again, this time against Aaron Jones after 62 or 65 rounds.   On September 22. 1857 Ben Court (Champion 1838-1845), when aged 42, fought Nat Langham (37) in a grudge fight (due to a family feud) which lasted 60 rounds; after Langham had been downed 59 times they shook hands and called the fight off.

It was during Crisp’s time that Charles Dickens must have visited the island because it was in 1861 that Great Expectations was first serialised with the Lobster Smack being used as part of the story of Pipp’s journey down the Thames in chapter 54. Use your imagination to picture the scene, Canvey Island 1841-1861, so very different from today. 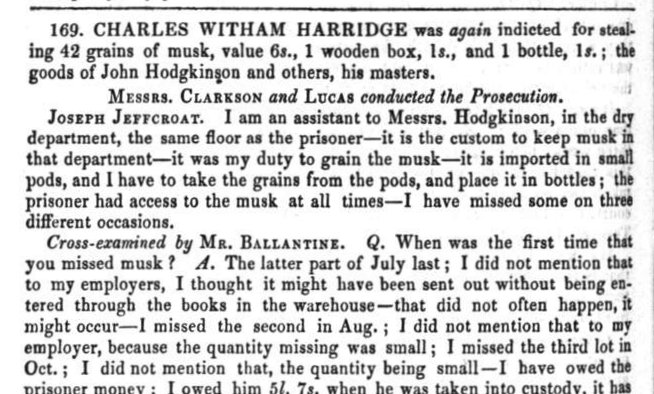 Henry and Charles were both living in London in 1852/3 when they were in trouble with the law. They were living in the Strand at the time and Charles was charged with stealing drugs from his employer and of selling them on through his brother Henry. There was a trial at the Old Bailey where the pair was subsequently acquitted. Charles went on to emigrate to Australia where he married Jane Mitchell in Victoria in 1855. His occupation between 1875 and 1900 in Stanley, Victoria was as a Chemist. He died in 1912. More can be read of the trial at the Old Bailey site.

George Dennis as stated above died in August 1861, the cause of death was ‘Nervous Fever’. He was buried at Holy Trinity Church, Rayleigh.

Alfred Fitch moved away from Canvey and can be found as an apprentice Chemist in West Street, Rochford in 1851. Once he was qualified he married Amy Ann Starmes Potter and he went on to run a Grocers and Chemist in various locations in Essex before in 1891 turning his hand to Dentistry. In the 1901 census his residence is in Chertsey Road, Woking, Surrey and is called ‘Kingsley’. His occupation is stated as Dentist. When it came time for him to retire, c1911, he moved back with his family to Canvey Island calling his home in Leigh Beck  ‘Kingsley’, he lived there until his death in 1923 and he is buried along with some of his descendants in St Katherine’s Churchyard.