The founder of The Royal National Mission to Deep Sea Fishermen 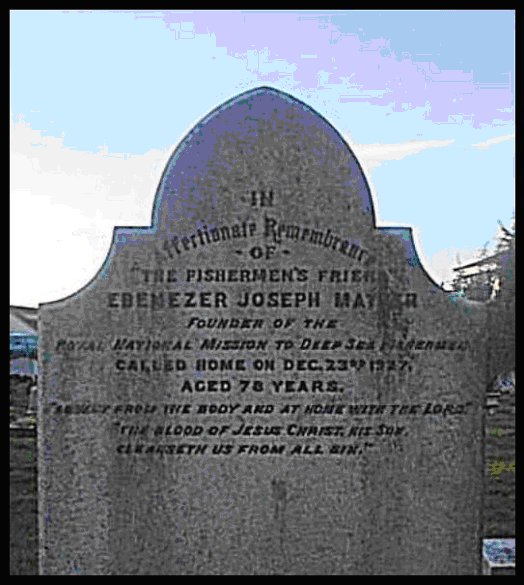 The grave of Ebenezer Joseph Mather can be found in St Katherine’s Churchyard on Canvey Island.

Who is Ebenezer Joseph Mather and how did he come to be buried on Canvey?

Ebenezer was born on 12th June 1849 at Foregate Street, Stafford the son of Henry Penkett Mather (a ‘shoe manufacturer’) and his wife Elizabeth Douthwaite. Ebenezer was one of at least five children. Ebenezer’s father Henry (son of Thomas Mather and Hannah Penkett) was born in Liverpool in 1806. The family had moved to Upton on Severn, Worcestershire by the 1871 census this is where Henry died in 1886 aged 79. 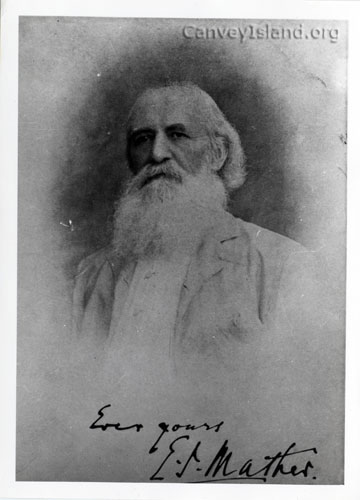 According to a biography by Stephen Friend, Ebenezer was raised as a member of the Plymouth Brethren later (c1883) joining the Church of England remaining an Anglican for the rest of his life. Stephen Friend goes on to say that he was educated at Mr Charles Hammer’s private academy. Having worked as a junior clerk in a Worcester bank and as a market gardener he went on to become an auditor as noted in the 1871 census his occupation is Accountant.

Ebenezer married his first wife Caroline Eliza Lough in Islington on the 4th September 1872. Moving back to Upton where their two eldest children Ethel and Winifred were born. By 1879 the family have moved to Richmond where their third daughter Eveleen was born. By 1881 Ebenezer and his growing family have moved to Islington where two more daughters Enid and Gladys joined the family. In the 1881 census Ebenezer’s occupation was stated as ‘Secretary Thames Church Mission Society’ which was founded in 1844. Was this the for-runner for the Fishermen’s Mission?

It was in 1881 that after a visit to the sailing fleets on the Dogger Bank that Ebenezer having been very shocked by the terrible conditions the fishermen lived and worked under founded the National Mission to Deep Sea Fishermen later (1896) to become the Royal National Mission to Deep Sea Fishermen. More can be read about the Mission through the link below.

Due to severe financial worries and increasing criticism Ebenezer Mather was forced to resign from the Mission in August 1889. Mather sailed for Sydney, Australia on the 13th January 1890 on the ship ‘Port Denison’ arriving on the 8th March, where he spent sometime researching details for a travel book, ‘The Squatter’s Bairn’. The book was written to encourage migration to Australia during one of the government’s emigration programmes. According to the 1891 census Ebenezer and his family have moved to Hornsey where his occupation is stated as an ‘Australian Agent’.

The family had moved back to Islington by the 1901 census living at 12 Ashley Road. In 1918 Ebenezer was awarded a civil-list pension of £50 pa in connection with his work with the Fishermen’s Mission.

Ebenezer Mather retired to Canvey Island where he published his biography, Memories of Christian Service. He married his second wife May Ethel Timewell (who was his nurse) on the 16 June 1925.

Ebenezer died on the 23rd December 1927 of heart failure. He was buried on Canvey in St Katherine’s Churchyard on the 28th December. His abode at the time of his death is stated as ‘Cotswold Garden’ Leigh Beck.  Which I would presume is the name of his cottage/bungalow. Where this was or how long he had lived there no one as yet knows. 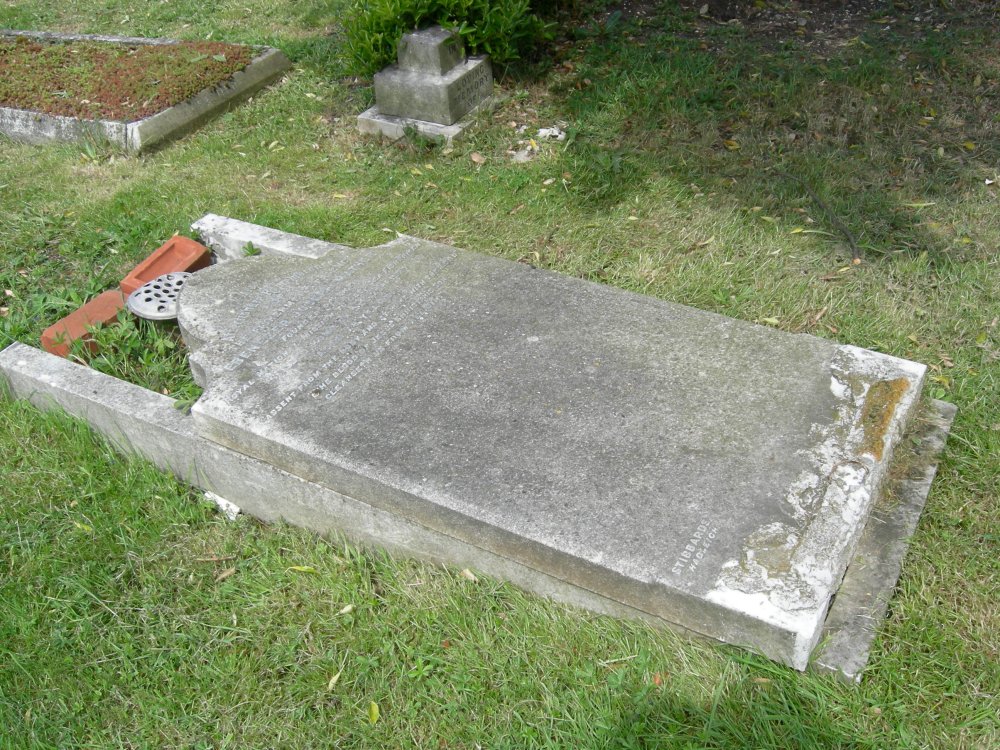 Ebenezer Mather’s grave is just to the west of the church, in the second row by a tree. It was vandalised a couple of years ago and now the headstone lays flat down on the grave.

Today I braved the storms, as any good fisherman would and met up with Tim Jenkins and his colleague, representatives of the Fisherman’s Mission at St Katherines (Heritage Centre). They arrived to my surprise, trailing a large silver fish behind their vehicle. Once introductions were made, with the rain coming down, I took them over to Mather’s grave. We were huddled there under the tree by the grave taking photos, two very nice gentlemen in yellow wellies and me. If the rain was not bad enough we then had thunder, lightning and the heavens opened. I got rather wet.

The good news is the mission may be getting the Headstone restored and replaced. I am hopeful they will have some sort of ceremony when this is accomplished. They are in contact with Ebenezer’s granddaughter and they would like her to be at any service. They have promised to keep me posted.

More about Mather and his connection to St Anne’s Church can be read here.