Tom King features writer for the Echo, found himself being photographed today at an informal meeting of interested parties who would like to see the grave of Ebenezer Mather restored to its former glory. Ebenezer Mather was the founder of ‘ The Royal National Mission to Deep Sea Fishermen ‘, in 1881 and he lived his final years here on Canvey Island where he is buried in St Katherine’s Churchyard. 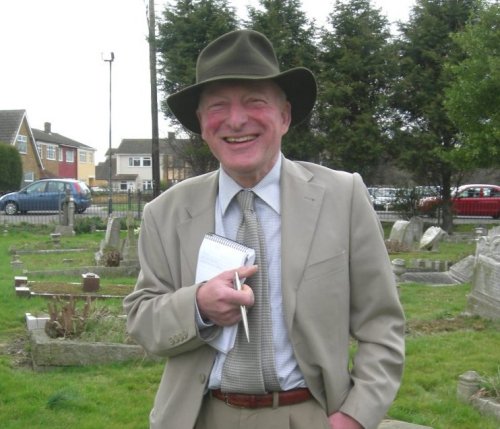 His grave was badly damaged a few years ago. Today myself, Editor of the Archive, Margaret Payne, Trustee of the Heritage Centre, Superintendent Tim Jenkins of the Fishermen’s Mission, Joan Liddiard, local councillor, Rosemary Debois, Don McClean, and Paul Stibbards, Stonemason met informally to see if and how we can raise the money to have Mather’s grave refurbished.  Paul Stibbards gave us a quote of approximately £1000 to refurbish the grave. 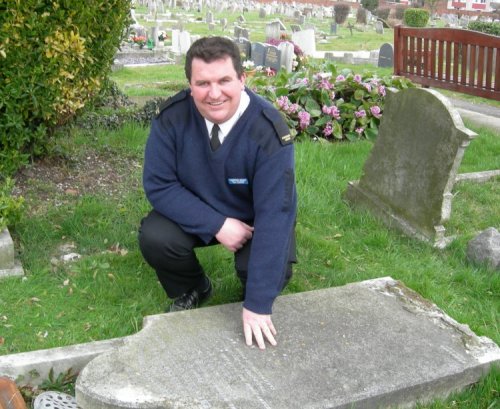 It was decided that Tom King would write an article in the Echo, raising awareness of Ebenezer Mather and the state of his grave. The Fishermen’s Mission will accept any donations the public wish to make.

Donations should be clearly marked Ebenezer Mather Grave Restoration Fund and sent to:

The Archive have applied to the local Town Council to see if we can get a grant to cover at least a part of the cost. 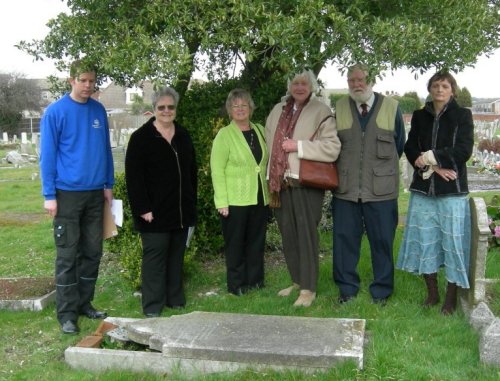