Charactors from Canvey's past: F. Hester 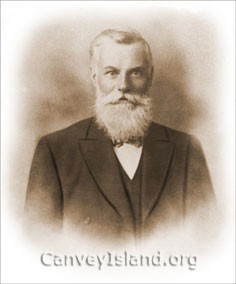 ‘WHATEVER HAPPENED TO…
The long ignored contributions to Canvey Island as a people rather than an agricultural/pastoral environment – it’s development as a seaside resort and settlement – is largely due to one man, though one can include his son’s efforts into the equation. Frederick Hester and his son F.W.B. Hester, unlike many modern developers, were concerned with the actual infrastructure and they ploughed their money back into the island. A pier, or at least the beginnings of it, was built. Winter Gardens glass houses were almost a mile in length. A tramway, horse driven at first, was planned to be properly built and electrified. Rails and creosoted railway sleepers were delivered, a car shed and generating station were started. The tramway was planned not only from the creek across to Shell Beach via Winter Gardens, but a branch line was to lead to the Salvation Army quay on the Hadleigh side of the Ray and thence on to Leigh-on-Sea and a railway connection. Four prestigious new tram cars arrived by train to Benfleet station, though only one of them actually made it to the island. Floods exacerbated cashflow problems which finally put an end to the dream. Hester’s creditors did not have his vision, nor, it seems, have Canvey residents ever forgiven him for raising their hopes. Much research has been done into the family in recent times, not least by our host Dave Bullock, who has made contact with relatives and even located a long sought after picture of Canvey’s early driving force.

Now in print and on websites and through communal initiatives like Lucy Harrison’s rallying efforts and not least the recent election results, it would seem that Canvey pride has been touched, maybe roused. Would it not be appropriate to mark the Hester legacy a hundred years on in some way, perhaps with a plaque near the Winter Gardens or the sad site of his vanished pier? In the same vein Canvey’s wartime legacy of defensive positions, as pointed out on what seems to have been a very much enjoyed Lee Brilleaux ramble I’m sorry I missed, ought to be marked for future generations.’


It has taken just over two years since I placed the above on the www.canvey.org site forum, a sentiment that was quickly supported by Jim Grey, TriviaNut and Dave Bullock, who went as far as to design a likely prototype. So it’s actually going to happen. Congratulations! Now for a Hester Street or Hester Avenue or Hester Park or something… Hester Gardens?

This Saturday 6th June 2009: Join us at the Winter Gardens Baptist Church, Hilton Road, Canvey Island, Essex SS8 9QA at 1:30pm for the official unveling of a Blue Plaque dedicated to the Hester’s, early developers of the Island. 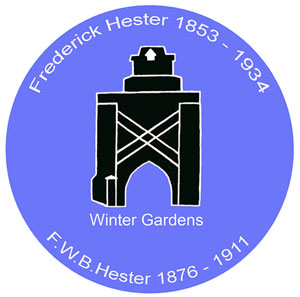 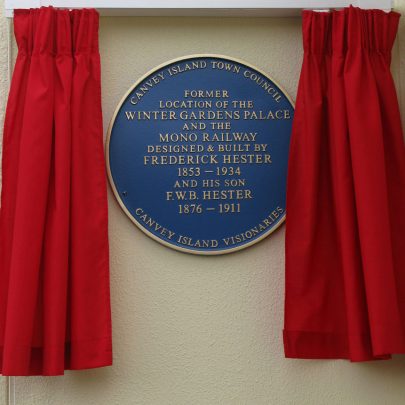