I am currently preparing my next book (coastal, river and creek sailing looking at life from the water…) and have mentioned my use of a mooring in Tewkes Creek some years ago when the Tewkes Creek YC had a base where the Sea Scouts now reside.

In my research I found marked on an 1863 Thames chart a ‘Tootse’ Dock at the old head of the creek where it met the old sluice (Present inner sluice still in same place) up by Central Wall Path. It is thought perhaps that Hester used the dock to ship in coal for his electricity power station, c1890, but the dock clearly existed prior to that. 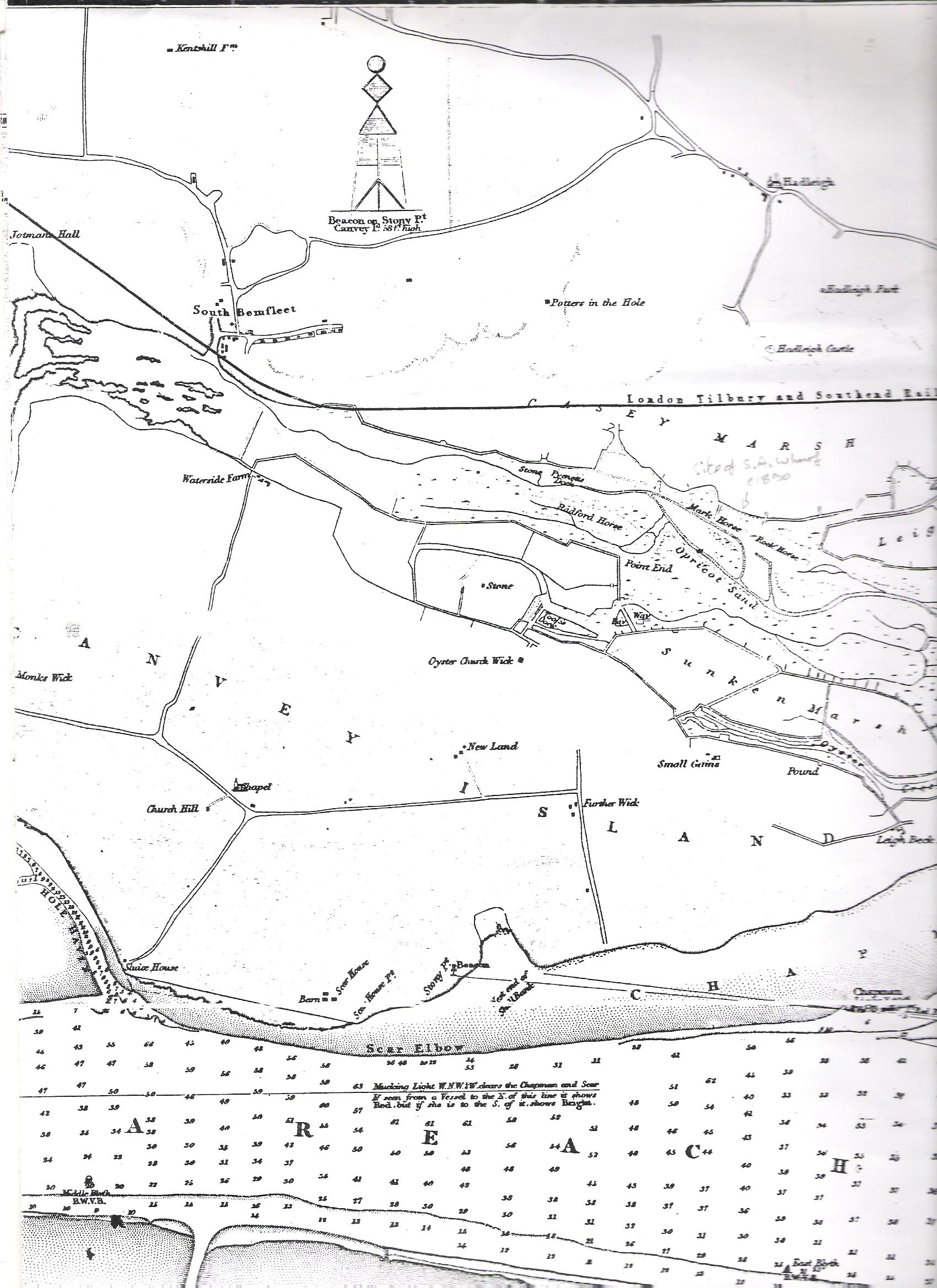 Does anyone have any other information or picture even?

Interestingly the ‘pathway’ shown marked as the Bay Way is obviously a landing point and probably an older point of discharge/loading of barges (probably). That area is still visible and sits just beyond the outer sluice on the south side of the creek. It is the area that stands above the marsh with rough land grasses growing on it and is only flooded by high tides. The ground is shingly – from memory – and may have been man made.

A further wharf appears to have been drawn, but not named, immediately north of Small Gains Farm. It is now in ‘lost’ in the middle of the playing fields at that end of the island.

There are many other interesting observations… My main interest for now is with ‘Tootse’ Dock.