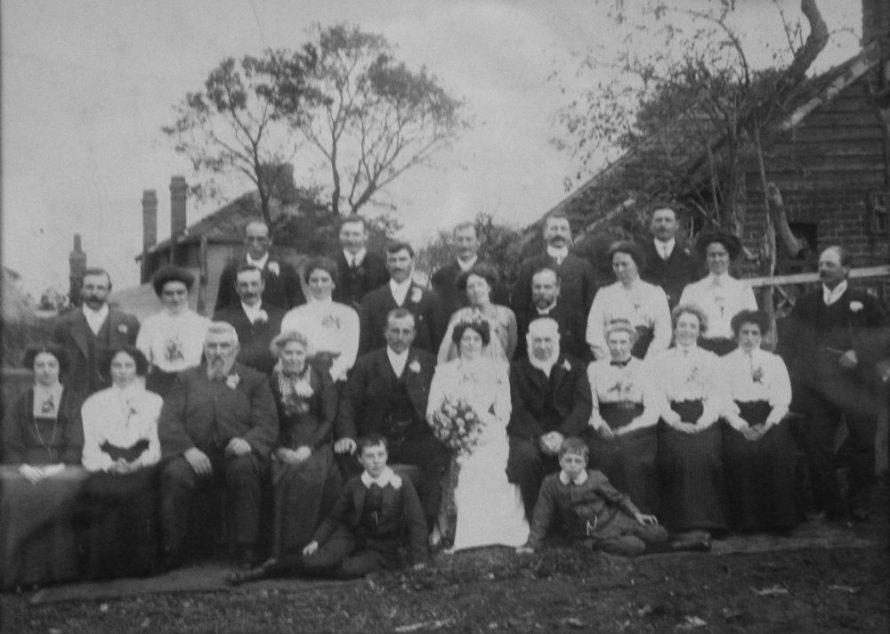 The Leach and White families 1912

By 1885 Aaron Leach and his wife Eliza and family had moved to Canvey Island. The can be found in the 1881 census at Stow Maries and they had a child Kate born there in 1883 but in 1886 their son Frederick John was born on the Island and baptized on the 7th August 1886 at St Katherine’s Church.

The census and Electoral Registers record the family lived at Great Russell Head Farm from 1891-1918. Kelly’s Directory of 1894 state Aaron was the farm bailiff for A Manning Esq, the directory for 1902 shows that A Manning had died and that Aaron was working for his trustees. The 1914 directory just states Aaron is a farmer.

Aaron Leach’s first wife, Eliza Chalk, whom he married in 1871, died not long after their youngest son, Alfred Russell Leach (1890-1892) in 1893 and both are buried in St Katherine’s Churchyard.

Aaron died in 1924 by which time he was living with his second wife, Ellen, who he married in 1897, at the High Street, Benfleet. Ellen can still be found there in the Electoral Register for 1929. Probate was granted to his sons Frederick John and Arthur Thomas Leach both stated as farmers. 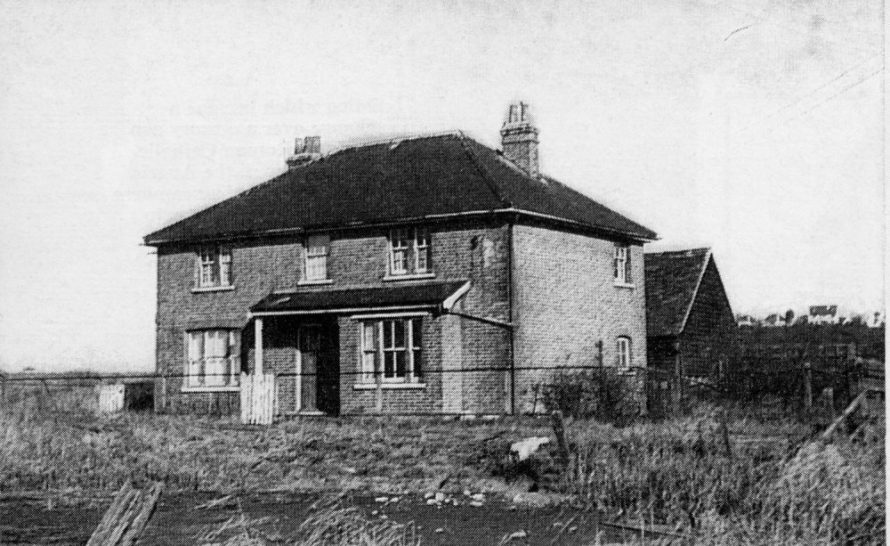 Frederick John Leach was to become an important figure on the Island. Working first with his father at Russell Head he later worked on Charfleets Farm. But by 1914 Kelly’s Directory states he is a farmer but not where he was farming. By 1929 he is definitely at Waterside Farm and a Councillor on Canvey’s Urban District Council. 1933 Kelly’s state he was the Chairman of the council and 1937 says he was the Vice Chairman and farmer at Waterside. 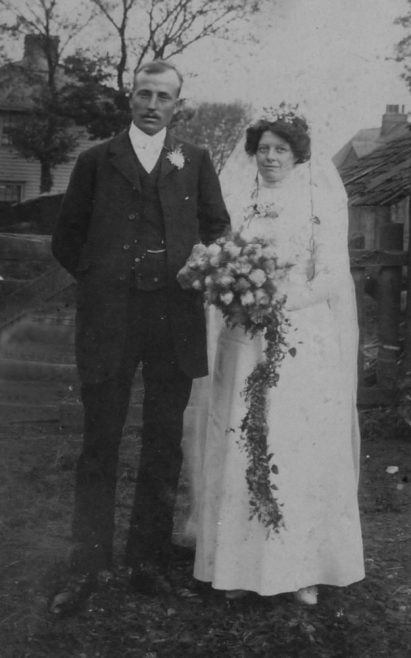 Frederick and Amelia Leach on their wedding day 17 October 1912

“Electricity was switched on by F.J. Leach, C.I.U.D.C. chairman, on March 2, 1932, including proper street-lighting to replace the solitary street-lamp at St. Katherine’s in the Village: fifty-six swan-necked lanterns with doubly-parabolic mirrors stretched from the Causeway to Leigh Beck. By the late 1950s electricity was widespread, being supplied by the Eastern Electricity Board – their service centre was originally at (the then-new) 2 Labworth Parade in Furtherwick Road but from 1961 moved to Strutt’s Corner, the original premises being left empty and boarded-up for at least 20 years.”

Frederick was the last farmer at Waterside Farm which was eventually sold to Canvey Council.

Frederick had married his wife Amelia Rose White in 1912. His wife was the youngest daughter of William White, Farmer and beer house keeper at the Red Cow PH.

Younger brother Arthur Thomas was also a farmer on Canvey according to Kelly’s directories of 1929-1933. He married Florence Mary Beechey in 1919 and was at Great Russell Head Farm in the 1929 Electoral Register. He was not in the 1918 Electoral Register for Canvey so perhaps he came back to the Island after his marriage and took over from his father when he retired to Benfleet. Arthur died in 1969 recorded in the Malden District. 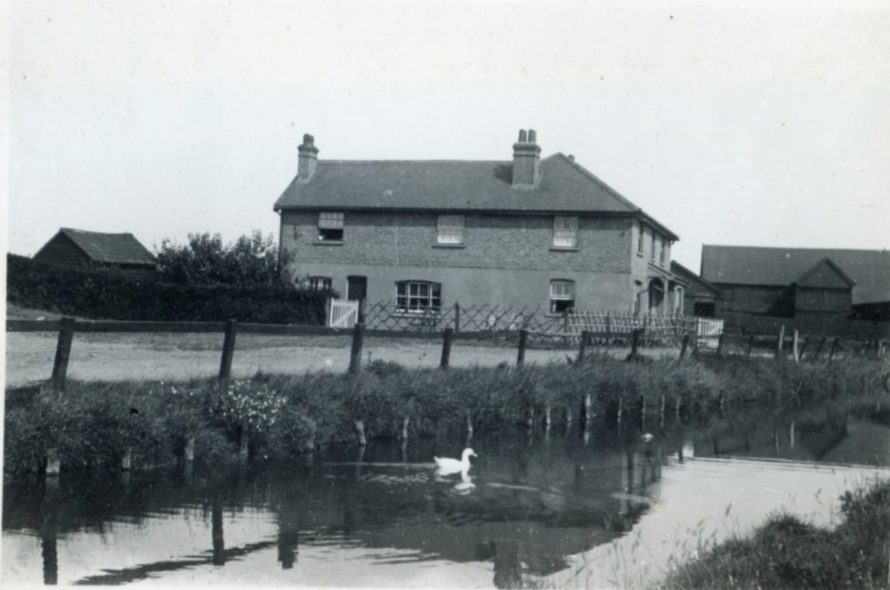 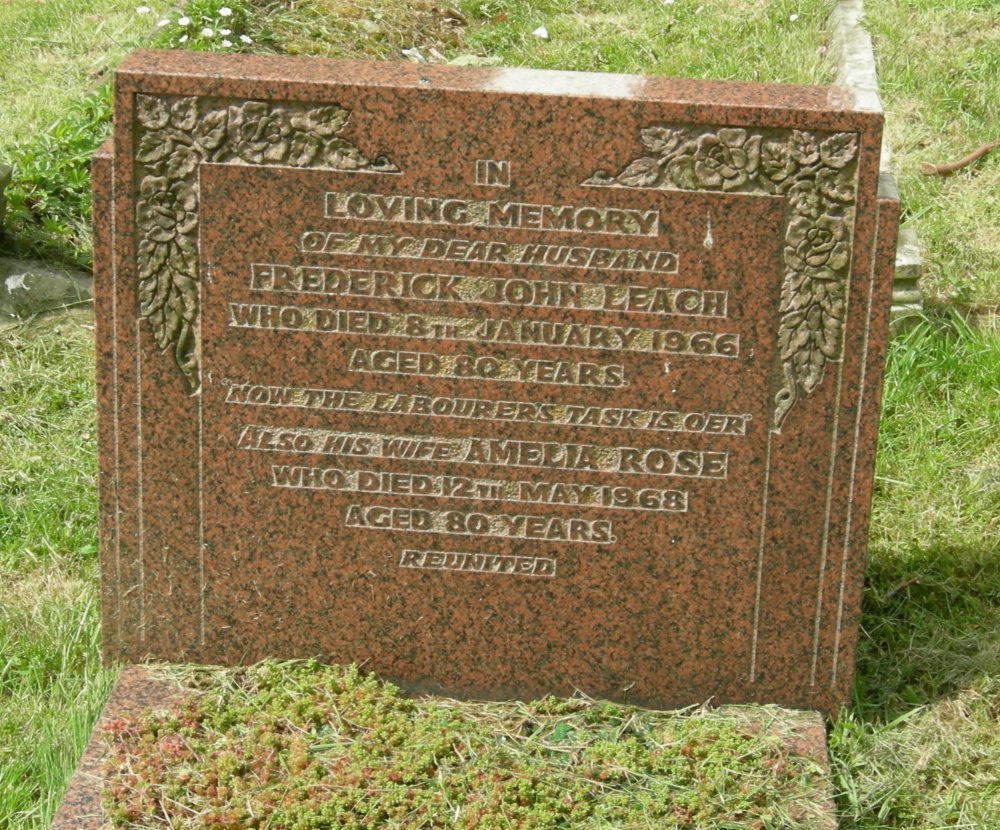 Frederick died in 1966 and Amelia in 1968, they are both buried in St Katherine’s Churchyard.

Several other members of the family are also buried in St Katherine’s Churchyard.

As well as Frederick’s parents, his brothers Albert Aaron, Charles Edward and Alfred Russell are all buried there.