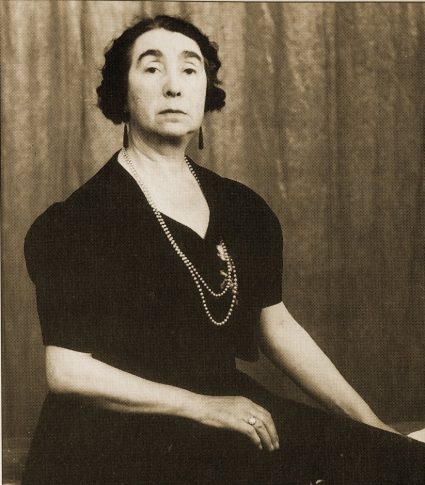 Madam French, first landlord of the Haystack Public House in the 1920’s

Selina Mary Ann French (nee Kellagher), known locally as Madam French, was born in 1879 in Chatham, Kent to William David Kellagher and his wife Selina Halifax nee Burke. Her father was in the military and in 1891 was the Company Sgt Major Royal Engineers based at the Castle, Yarmouth, IOW. Her mother was born in Halifax, Nova Scotia, her maternal grandfather was an officer’s servant originally from Ireland.

Madam French married William Joseph French in the Brentford District in 1904. The first time we find the couple on the island so far is in 1920.

Concord house built in 1909 was in the ownership of Charles and Lizzie Constable until 1920 when they sold it to W. French (William), in 1926 we have an item that links the property to his wife S French (Selena ‘Madam’ French of the Haystack). It would appear it was probably being used as a hotel/boarding house. We will probably learn more once the 1921 census is available.

We do not have any further information on William Joseph French, he does not appear in any records we have at the moment but in the 1939 register Selina states she is married. So what became of him? In the 1929 electoral roll just Selina can be found in residence at ‘Redcroft’, Long Road. No sign of William.

We know from local knowledge that Madam French was involved in the Haystack Pub along with Henry John Dellaway. Dellaway was the proprietor of the pub from when it was opened in 1925 until his death in 1937. In the 1929 Electoral Roll he was registered as living at the Haystack with Florence Eugenie Dellaway. Wife, sister we have not as yet found that information. In the Kelly’s Directory of that year he was stated as being at Redcroft and the proprietor of the Haystack.

Fred McCave in his book ‘ The History of Canvey Island‘ states in 1925:

…..the newly opened ‘Haystack’, whose proprietor and Licensee, H J Dellaway (who was later to become a Canvey Councillor) announced that he was late of The Strand, Little, Kingsway and Garrick Theatres, London.

This may be why we cannot find out anything about him. Name changes in the theatre are common but that is for a later story.

Madam French took over the pub upon Dellaway’s death in 1937. He was then registered as living at Redcroft. He is buried in St Katherine’s Churchyard.

According to people who we have spoken to the theatre may have played a much bigger part in Selina’s life. Kate Carney, a music hall artist, was a frequent visitor to Canvey Island. She was a friend of Madam French.  Kate would stay with her. According to Iris White and Mary Dallas, Kate was very involved with the social aspect of Canvey life when she stayed here.  We have also been made aware it was Kate who owned ‘Redcroft’. Can anyone tell us if this is true.

We have also been told:

I was also a member of the St John’s Ambulance cadets when I was about twelve. The officer was Ms Bertha Wade, she had run the senior section for many years, she got a group of us girls together and taught us from scratch, she was very proud when we all passed our exam we all had new uniforms, grey dresses and grey felt hats, we were to go to a big rally in Hyde Park, London. To give us an idea what was going to happen in London, we all lined up outside the Haystack Pub, Madam French and her friend Kate Carney, the old-time music hall artist, inspected us.

Selina and her husband had two children, a daughter who died as a baby and a son Howard born in 1907, he can be seen in the photo below but we do not know which one he is. This photo was taken around 1938 and shows the barmen of The Haystack.

The Canvey Chronicle from Friday October 7th 1938 reported: ‘Last Saturday afternoon there were two weddings at St Katherine’s Church, at which the Rector of Hadleigh, the Rev L J Stanford, officiated….The second marriage was by special licence, and was that of Mr W A Weston, of the Haystack staff, to Miss R S Soper of “Paarl Lodge” Paarl Road, Canvey. The bride looked very smart in a costume of russet red, with a black hat and veil, and handsome fox furs. Mr H French attended as best man and Madam S French and Mrs Draper were among the friends present at the ceremony.’

Howard died in 1939 and is buried in St Katherines Churchyard. On his grave is mentioned his wife Peggy but that was not her name. In the 1939 Register Howard and Peggy were living at Redcroft Paddocks. It is noted in the register that her name was actually Ivy Maud. Howard had married Ivy Maud Nicol in 1930. After his death she remarried as she is mention in her mother-in-laws probate papers as Ivy Maud Marley.

According to an article published in the Bulletin about the Canvey Cricket club:

Then there was the very sad occasion when Howard French, an occasional player and a relative of Henry Dellaway, died tragically and suddenly just prior to a match. The cause was reputed to be attributable to some whelks he had eaten. Whether true or not his death stunned the whole team.

So we have lots of bits of information about Madam French. I suspect there was more to her, Henry and Kate than we know. Only time will tell as more documents come online.

Selina died in 1941, she was still living at ‘Redcroft’. She is buried in the same grave as Henry John Dellaway. 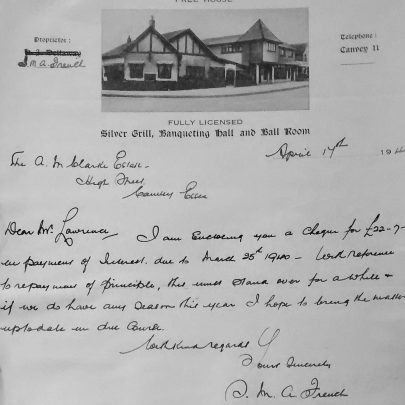 Letter from Selina French sent during the time she was in charge at the Haystack. 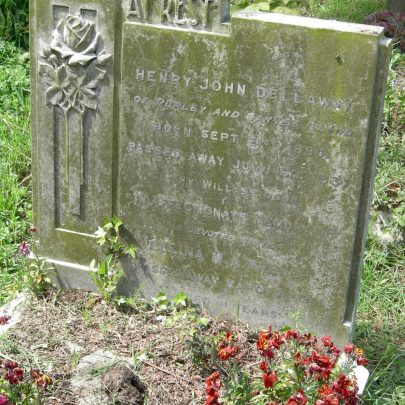 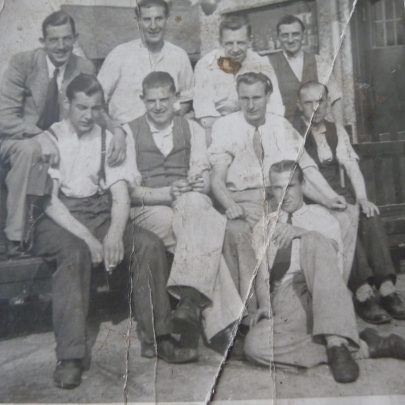