Every sea side holiday resort had a Punch & Judy Show and Canvey was no exception. Paul Capser entertained children on Canvey’s sandy beaches for many years as seen in the photo below. 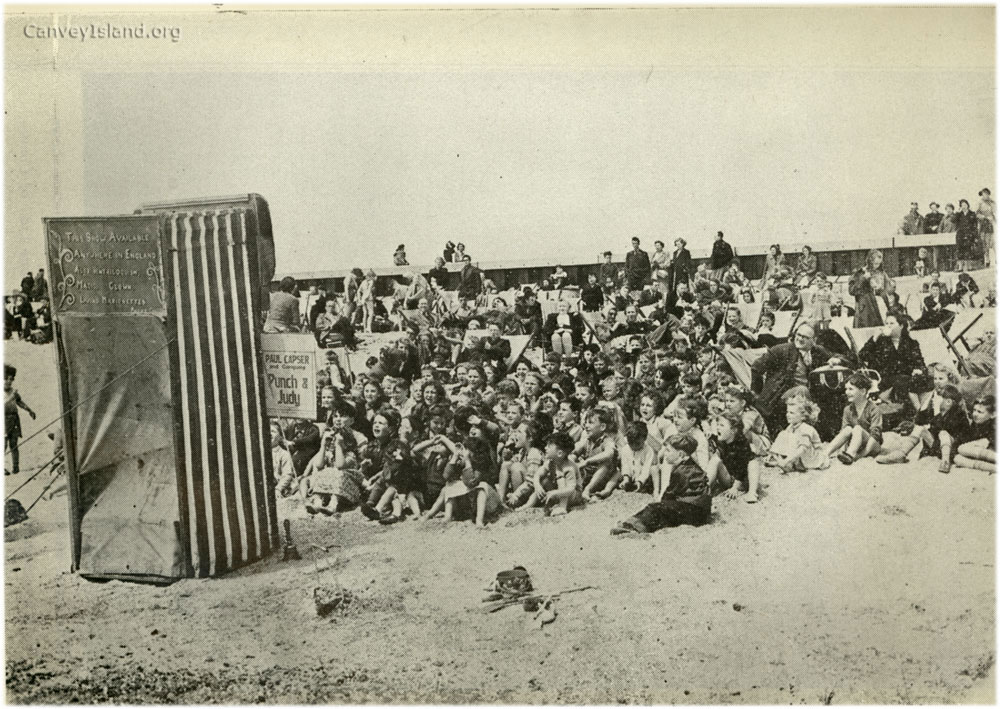 Paul Capser was born in St Pancaras in 1896 and attended St Giles-in-the-field Boys School. He married Grace Burrell in 1917 at St Pancaras.

Paul went off to France to fight in the Great War. After the war Paul & Grace had a daughter in whom they named Winfred Grace Capser. I believe the Photo below is of Grace Capser. 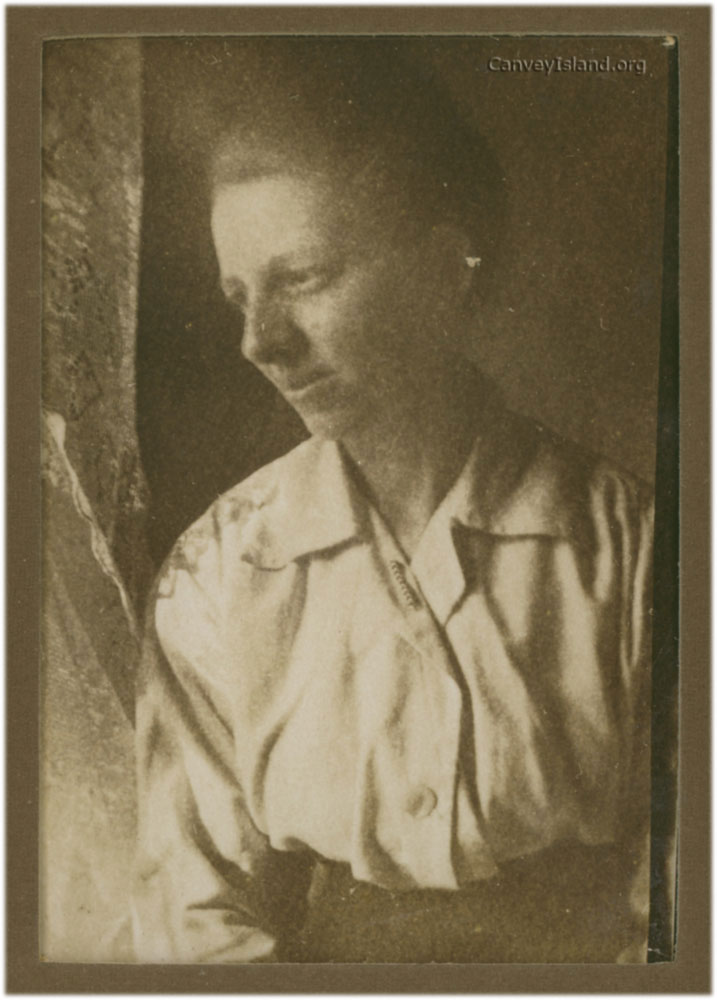 Their daughter Winnie took over the Punch & Judy show and became known by the children as “Aunt Winnie”. Winnie was the Chairman of Canvey’s RSPCA including the horrific time of the 1953 floods where many animals were rescued. For this work she was awarded a meddle. She was also the Public Relations Officer & Chairman of the Canvey Island (National) Savings Committee from 1967 to Jan 1976. Winnie became friends with the Stuckey family who lived nearby in Rayment Avenue, for the Stuckey Sisters Story click HERE.

I would like to thank Joan Liddiard (nee Bishop) for donating the box containing many old documents relating to the Capser family, to Janet Penn for her help in tracing the family history and to Geoff Barsby for showing us the Capser’s Punch & Judy Puppets (See below). The box has since been donated to distant relatives discovered since this article was published. 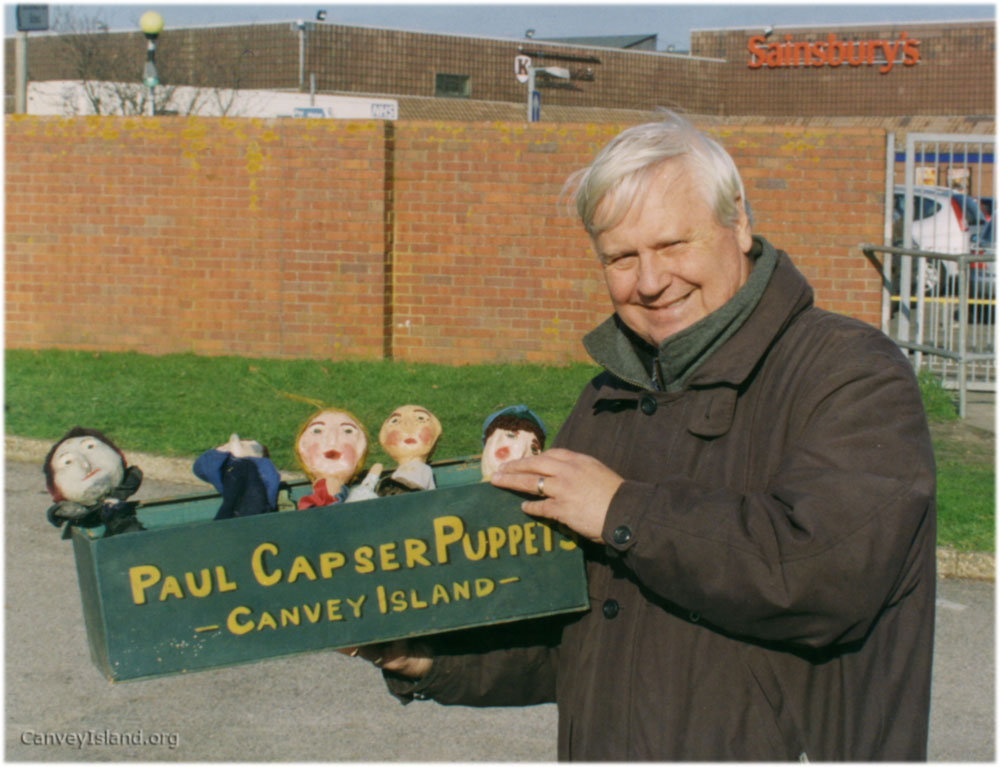 If you can add any memories or information on the Capser family, the Punch & Judy Show and the Canvey RSPCA please add your comments below.

Click on the Pictures below for a larger view and description: 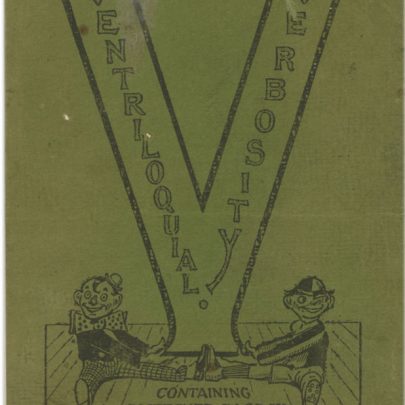 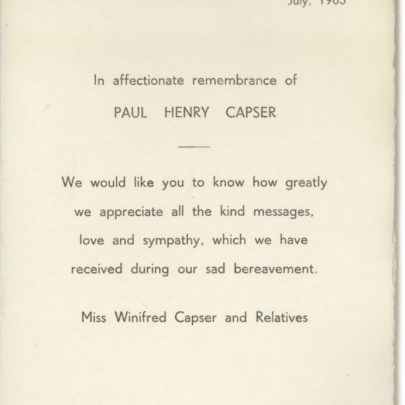 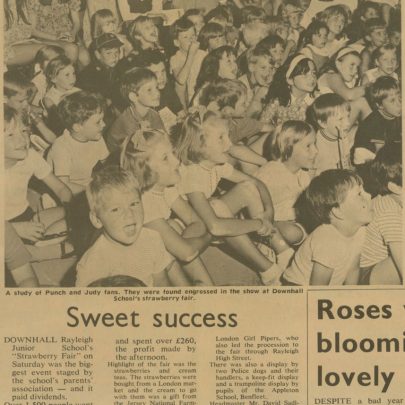