The life of Paul Capser

Including the Great War

These documents shed more light into Paul’s early life. From his January 1916 issued War time birth certificate (see below), we can confirm Paul was born on 21st June 1895. In 1914 he worked at Wightman & Co Ltd in Westminster, where he was promised work after the war. 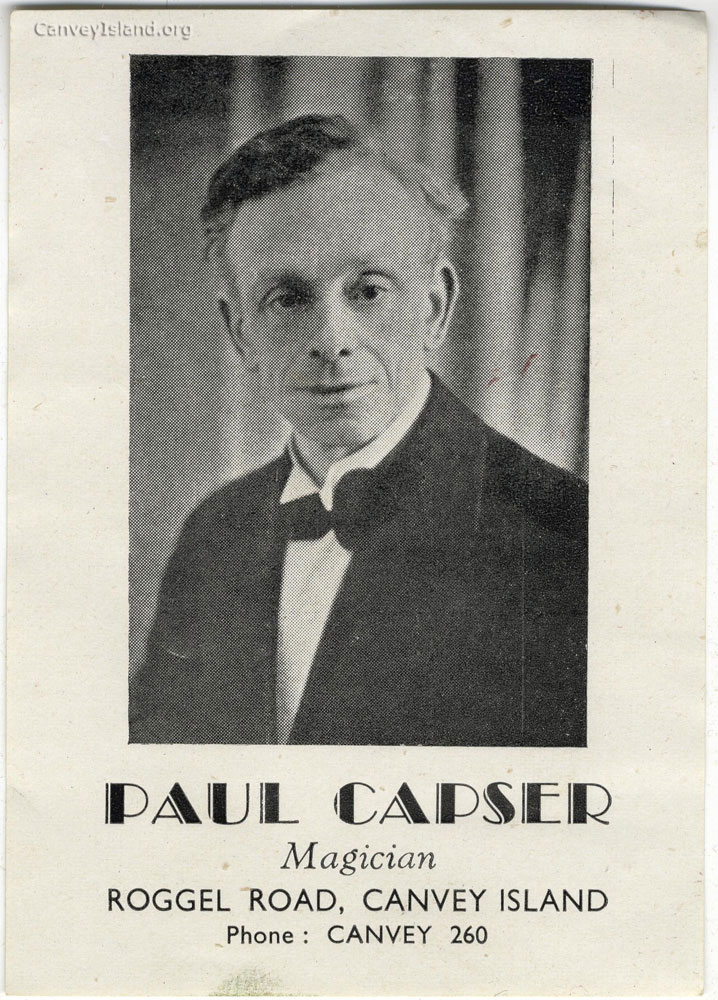 On 11th December 1918, Paul enlisted and was in the London Regiment, also serving in the Middlesex Regiment. Regtl No./56922, Paul was a driver and mechanic for the (ECLC?) Labour Corps. On 2nd October 1919 he was demobbed, remaining a reserve with the 5th Labour Corps, Cambridge.

In 1933 Winifred is at Southbury Road Girls School.

On 26th Novemeber 1937 Paul can be found living in Lincoln Way, Enfield, occupation entertainer. On 29th September he signed a 7 year lease on Esdale Hall & Cottage, Esdale Lane, Hoddesdon in Herts. In 1943 he is found at ‘The Dak’ in Roggle Road Canvey Island.

Paul is now with the Hamiltons Agency and in 1945 can be seen in Gloucester entertaining (See the Holidays at Home brochure below). In 1942 he is with the Eros Agency of Croydon, earnings would typically for two performancies of this type being £3-13-6 per day for an entertainer. In 1943 Paul is entertaining in the Cliffs, Banbury.

In 1944 Paul appears on Southsea Pier and in the Rio Canvey Island for Salute the Soldier Week (See programme below). On 16th December 1947 Paul perfomrs ‘Puppet Pie’ for the BBC (see documents below) – does a recording exist?

Paul is still living at The Dak in 1952/53. Below are some of the wartime and post war documents from the Capser collection donated by Joan Liddiard and passed on to distant relatives found after this article was published.

This story has been edited at the request of distant relatives 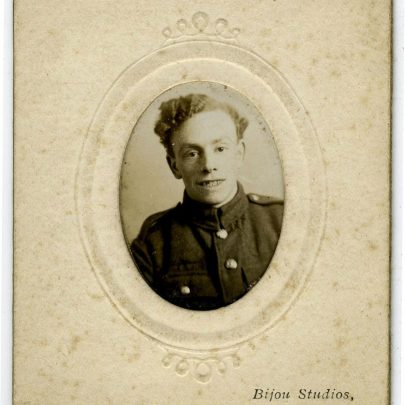 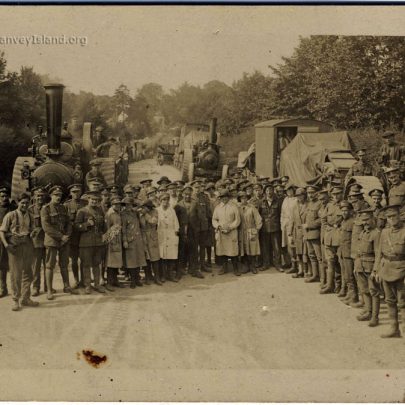 World War 1 Post Card - Location Unknown. I believe Paul Capser can be seen forth from the right. Can you add any details about this photograph?
Thanks to Joan Liddiard 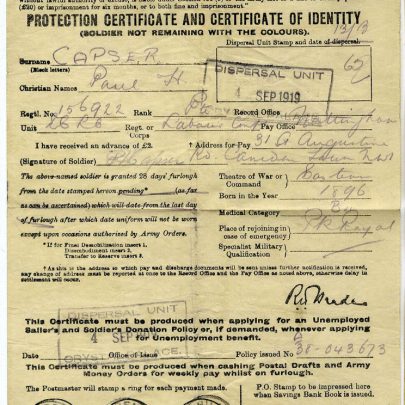 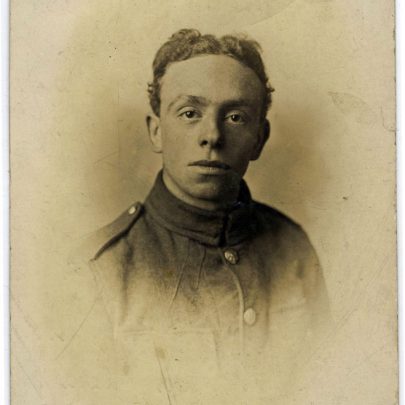 Paul Capser Portrate from a Post Card taken in Bury St Edmunds, posted from Ipswich
Thanks to Joan Liddiard 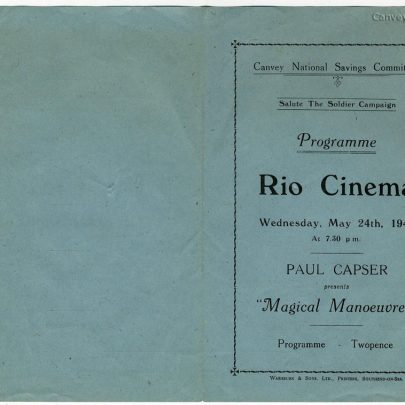 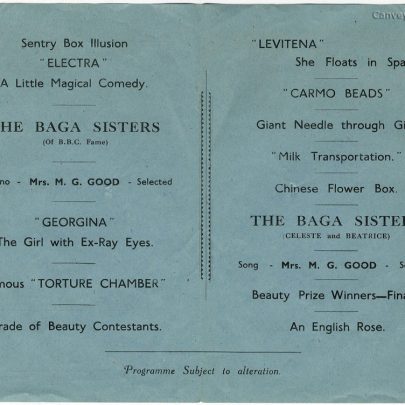 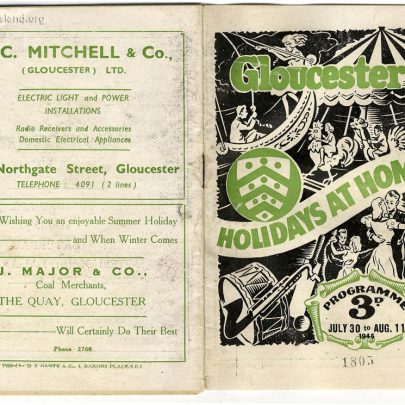 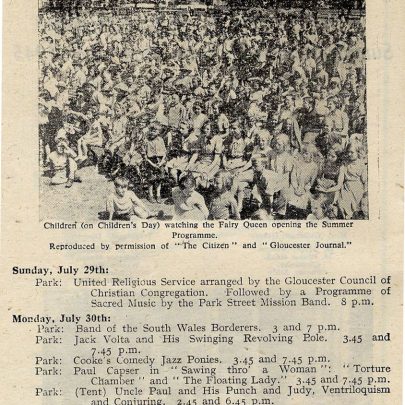 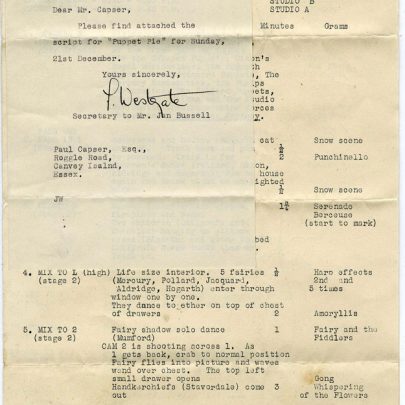 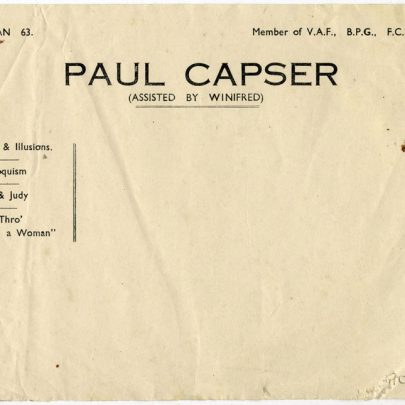 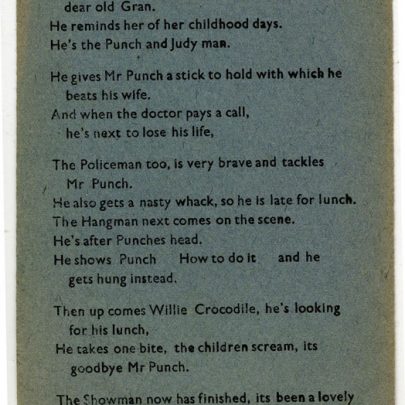 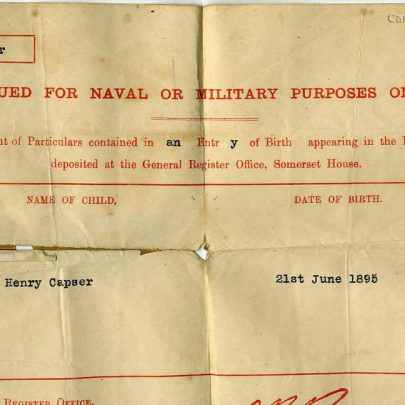