In Roggel Road towards the seafront end is a tiny old bungalow known as ‘Mary’s House’. It belonged to Nora Arthurs who died in 2011. Nora was widely known on Canvey, I first met her in the 80s when she asked me to make her some clothes. Nora was born in 1916 in Hammersmith, London part of a very large family. She married her husband James in 1947, her eldest son born there in 1948. Nora moved to Canvey in 1954 with her two young sons, her husband followed later. 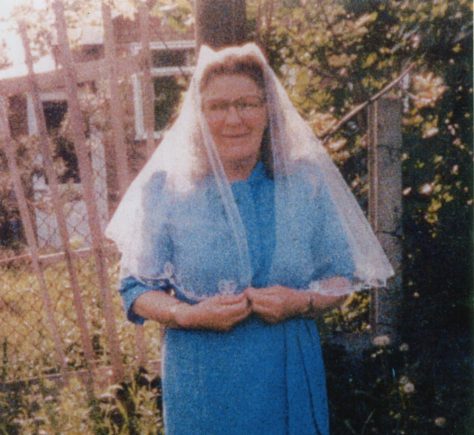 Nora in one of her blue dresses

It depends who you talk to about Nora, I have heard some very derogatory remarks about her, she is unfortunately in some circles known as ‘Nutty Nora’. She was known to have visions of the Virgin Mary and because of this she travelled widely and made several trips to Rome. This was about the time I met her. If you read about her through the link at the bottom of the page I am the dressmaker she sought to make the specific blue dresses she needed for her trips to Rome. I am not a Catholic and am not making any comments here about whether I believe she actually had visions or not. All I can say is she was a deeply religious person and she believed she had visions of the Virgin Mary. She told me all about her travels and lots about the ‘messages’ she received although I cannot recall a lot. She was very humble that she had been ‘chosen’. She decided to dedicate her home to ‘Mary’ and people came from all over the world to visit her there. Whatever you think of her she cannot be ignored by the Archive as she is part of the History of the Island. 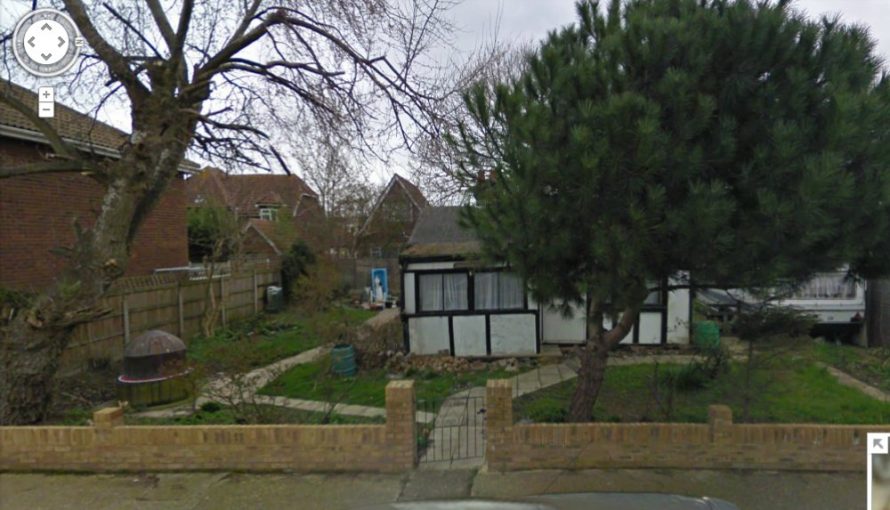 This google image shows how tiny her bungalow was