Over 40 years of scouting on Canvey Island 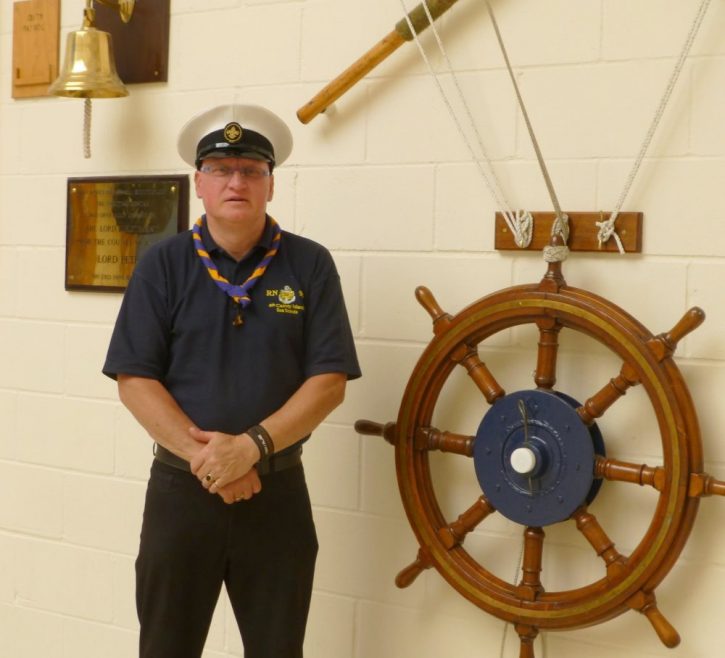 A familiar face to many hundreds of youngsters on the Island, as well as their families, Bradley Cox, scoutmaster of the 4th Canvey Island Sea Scout Group, has devoted his free time to building one of the country’s pre-eminent scouting groups. His efforts were acknowledged in the 2013 Queen’s Birthday Honours List, when he was awarded an MBE for ‘Services to young people and to the community in Canvey Island’.

He joined the scouting movement in 1969 when he was eight years old. He is still there having moved from cubs through the scouts and venture scouts (now known as explorer scouts) before becoming an assistant scout leader at the age of 18.  He has had a few awards over the years such as the Silver Acorn from the scouts and the Paul Harris Fellowship Award from the Rotary Club although he isn’t a member. However, the MBE “Topped it all off” according to Bradley, “It humbled me.  It’s a nice accolade.”

“I think it is not just for what you have done it is also for the things you are going to do and how you can encourage people to take part in volunteering.  If everyone on the Island gave up a couple of hours a week to do something as a volunteer for the community, whatever it is, then so much more could get done.  Everyone can find two hours a week. That is what being in a community is all about.  I love doing it.”

Bradley’s family came to the Island before WW2 and his father and uncle both played football for Canvey Island.  Together they even played a couple of games for West Ham in the mid sixties. The family were essentially builders according to Bradley although he chose a career in the police force, based in various towns in Essex for thirty years and one day.  Evidently the extra day was an oversight.  As well as an acting officer he was also a Police Federation representative supporting officers of all ranks before his retirement in 2012. 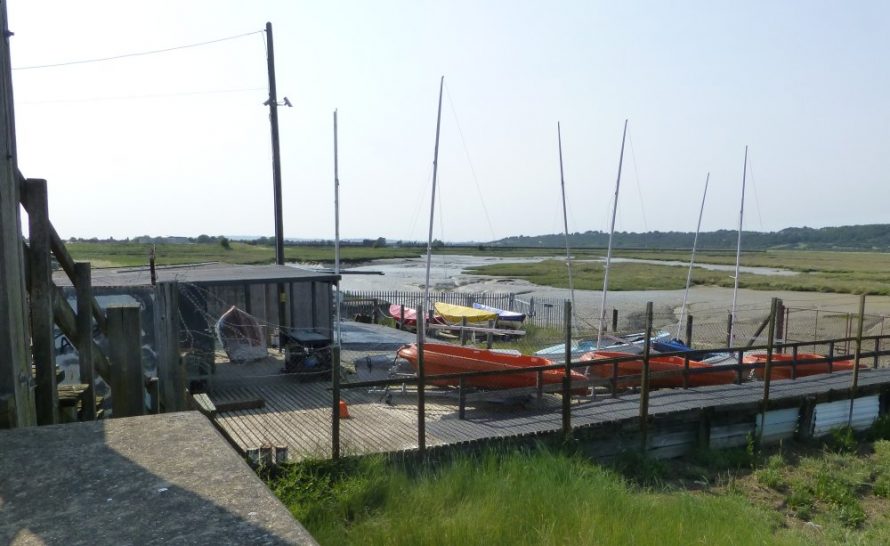 The Tewkes Creek facility is aiming for RYA status

His spare time was, of course, devoted to the scouting movement. The 4th Canvey Island Sea Scouts was originally formed as ordinary land scouts group in 1964 before adopting the nautical stance in the late seventies. They were still based in the Methodist Church premises when Bradley joined but around 1980 they moved to Kellington Road which was to be the group’s home for the next twenty five years.  In fact Tewkes Creek is still a very important site with a compound, jetty and boating facility where they keep a variety of dinghies, kayaks etc. for training.

It was a chance meeting in the mid ‘nineties that put Bradley on the road to building today’s impressive facility on St George’s Playing Field off Blackthorne Road.   He discovered, through Tony Hurd, a councillor and father of David, one of the scouts, that a piece of land at the playing fields, where goal posts and other equipment had been stored in sheds, was becoming available. The local authority was keen to have the scouts take on the site but there were numerous legal issues because whilst the Council administered the land its ownership was in the hands of the Charities Commission and the National Playing Fields Association.  It dragged on and, according to Bradley, took intervention from Government officials to push the ‘debate’ to a successful conclusion.

The Council couldn’t give financial support to the project but it did ‘lend’ the services of its architect, Ron Perkins, who helped to design the building with Bradley. They achieved planning permission but funding was the next mountain to climb for the ambitious project.  There was some lottery funding but it was the support of local tradespeople and parents coupled with a lot of DIY in the finishing stages which got the project to completion.  “It was two steps forward and one back.  But it was a real good effort by all that got it finished.  People used to hide behind their sofas when they saw me coming up the drive because they knew it was going to cost them somehow.”

After years of effort the scouts moved in during 2005 and the following year the building was official opened by Lord Petre, Lord Lieutenant of Essex. The final cost was around £300,000 but allowing for all the arm twisting discounts and volunteer work the Scouting Centre is an investment of closer to £500,000. 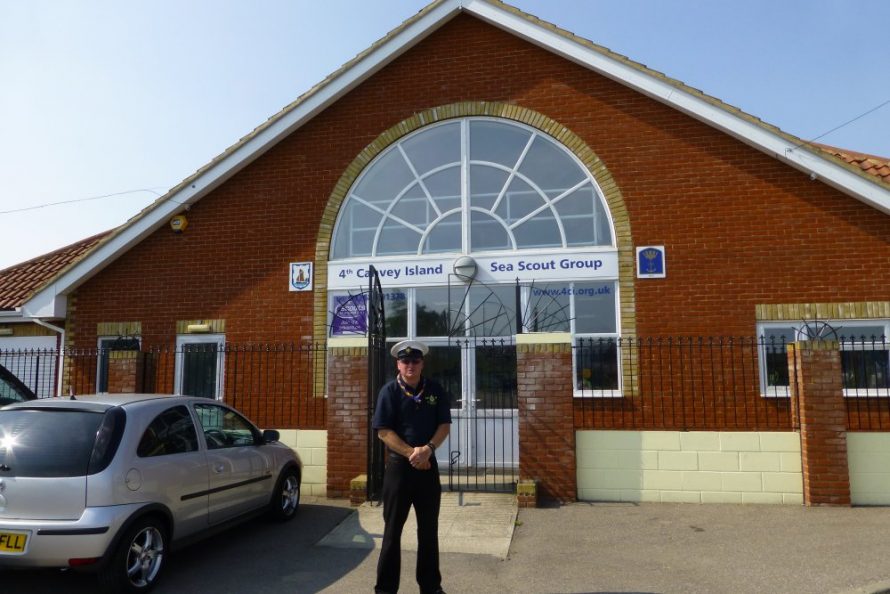 Bradley Cox in front of the building that he helped design

Bradley describes the building as ‘Tardis’ like.  From the outside it is certainly an attractive addition to the area with modern clean lines but once inside it seems to expand physically.  Beyond the attractive reception area the main hall is surprisingly large and light.  A pyramid shaped central glass ceiling over the hall provides ample natural light. On the Hall’s front wall three large ship’s lanterns, bell, oars, flag and wooden wheel create a nautical focus and a colourful high standard climbing wall costing £3,000 dominates one side. 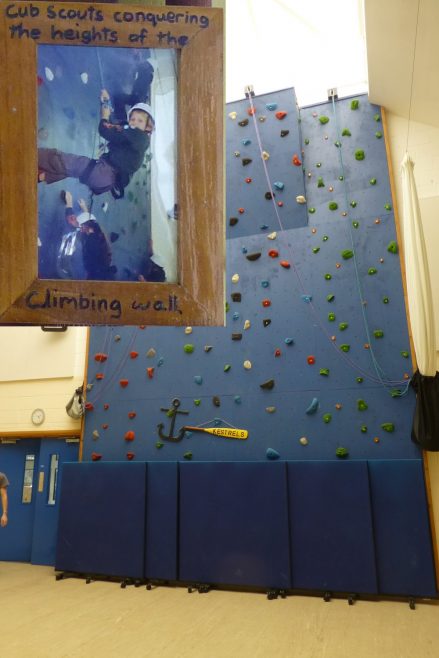 The climbing wall was designed in from the very beginning but sound proofing for the space has been added at a later date at a further cost of several thousand. Naturally there are modern changing and toilet facilities and a large kitchen plus numerous storage areas for equipment for the hall and, of course, everything that is needed for camping on a large scale. There is even a small uniform shop offering kit at modest prices, “We want to make it accessible for young people” adds Bradley. Upstairs is a computer room with half a dozen terminals and two more are to be added thanks to further support from the local Rotary club.  Children also use the facility for homework.  The meeting room, overlooking the playing fields, is also used by other groups as indeed is the hall itself.   It is a busy facility.  The scouting group, including Explorers aged 14 to 18 and Scout leaders, totals 225.  They come in each week in addition to Brownies and climbing and archery clubs that also use the facilities.  The building is in use every evening of the week although such is the dedication to regular deep clearing and repainting etc that the facility looks brand new despite the heavy use.

Bradley describes getting the centre build as “The greatest achievement of my scouting career.  It has become a flagship for scouting.  Lots of people come to visit when they are planning to build new facilities.  It is a show building and definitely not a scout hut!”

The group is one of the 100 scouting groups recognised by the Royal Admiralty in the UK.  “Getting recognised adds kudos and gives access to funding. The standard is very high and competition is fierce. We are regularly inspected and we received unofficial feedback a couple of years back that we were rated one of the top five in the country.”

“It has a family atmosphere.  There is nothing regimented about the group.  It is fun but we always strive for high standards and the kids have something to be really proud of.  If the children are sitting there with smiles on their faces that is what it is all about.  There are so many opportunities here for young people on a weekly basis.  We don’t charge a lot of money as, for me, scouting has to be an opportunity for all. If we make it cheap and accessible we will get the children who need the benefit of it.”

Of course activities go beyond the confines of the Hall; there are camping, boating, pulling, sailing and kayaking pursuits in addition to attaining badges and taking part in competitions.  They go abroad occasionally as well outdoor activities across the UK. Meanwhile the facility at Kellington Road is being spruced up and the group hopes to turn it into a Royal Yacht Association Centre so that it can become a recognised teaching establishment with the ability to issue certificates. 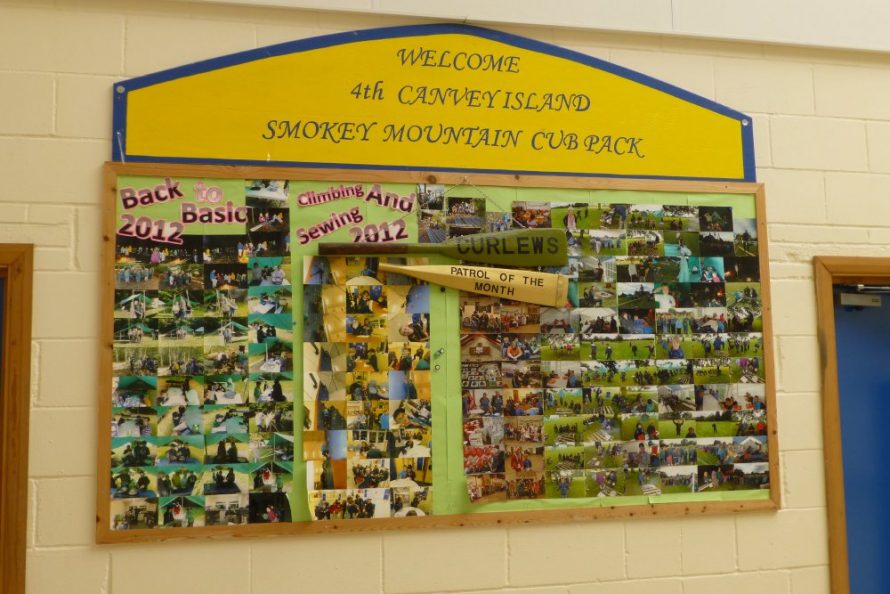 One of the displays that bring the hall to life

So far so good but watch this space.  Bradley and his team have their eyes on another major project.  At the end of Northwick Road there is a large concrete jetty out into the river; the evidence of a failed project by an earlier developer.  This platform measures 75  by 55  metres and the group has purchased this from the Morrisons supermarket company.  In due course, the group wants to move the RYA Centre from Tewkes Creek to that site. There are wild life issues to be addressed but Bradley hopes to get agreement to position containers, with suitable cladding, on the platform that could be used for equipment storage.

He then hopes to buy a surplus minesweeper from the Royal Navy and moor that alongside the platform.  “It could become a floating club house and teaching facility; it would be a terrific focal point and highly visible as you drive onto the Island along Canvey Way.  We are moving slowly forward and I hope it comes to fruition in the next four to five years.” 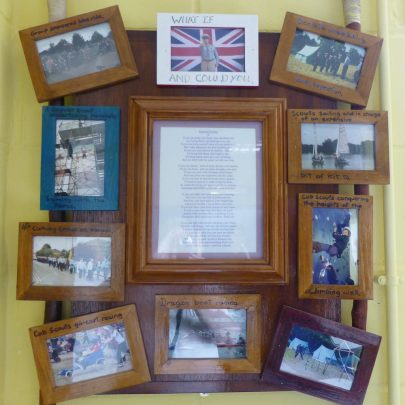 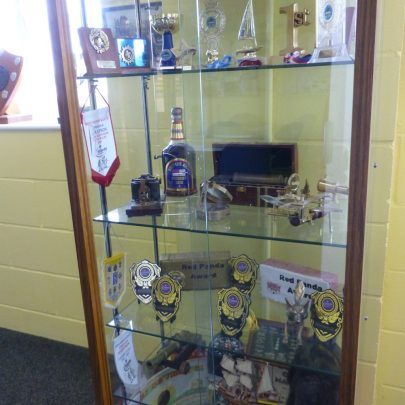 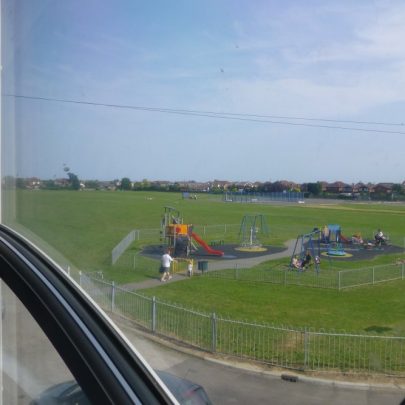 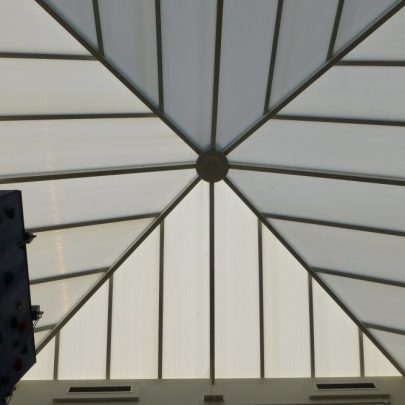 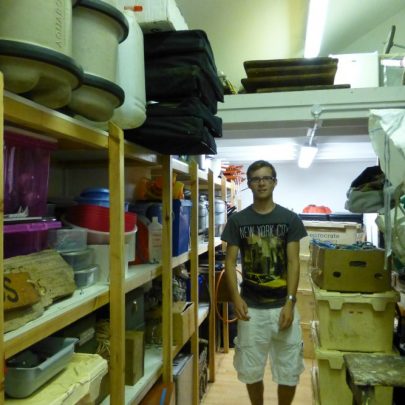 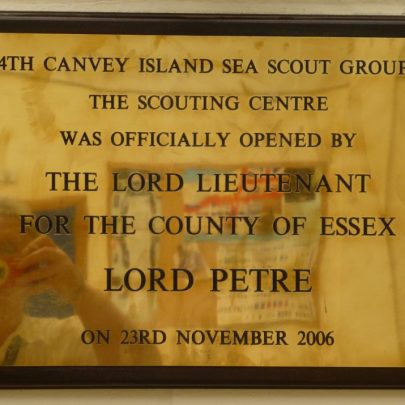 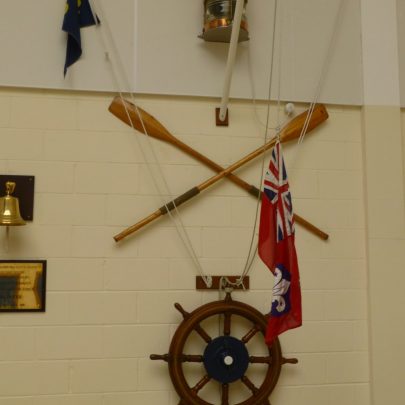 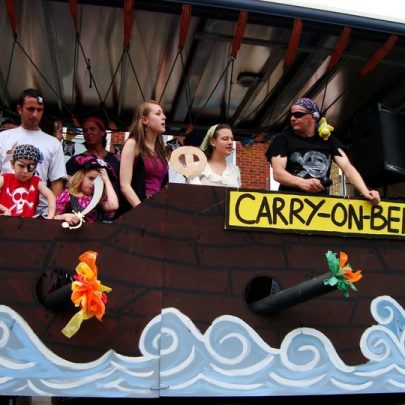