Calling for a referee 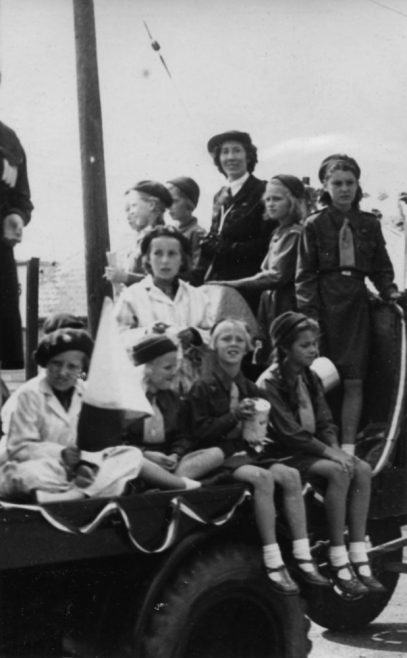 1949 the brownies in the Canvey Carnival, Phyllis can be seen in the middle at the back. This was the year she first joined the group

Phyllis Owens came to Canvey in 1941 and first joined the brownies in 1949 where she had to work with Miss Allbutt. It would appear from what Phyllis tells me that the pair never seemed to get on. She said Miss Allbutt was always getting her in trouble.

The brownies were in the Carnival in 1949 with Phyllis in charge, see picture on the right. On this occasion the Guides dropped the box (I assume the collecting box) and Miss Allbutt reported that one of the brownies had done it. It was even reported in the paper and the Commissioner was ‘down on me like a ton of bricks’ according to Phyllis.

In the 50’s she was in trouble again. Miss Allbutt told Phyllis to take the Brownies to Benfleet and they waited there for the Guides to arrive. However the Commissioner turned up instead and said ‘We have been waiting for you outside St Katherine’s’. Once again Miss Allbutt had got Phyllis in hot water. 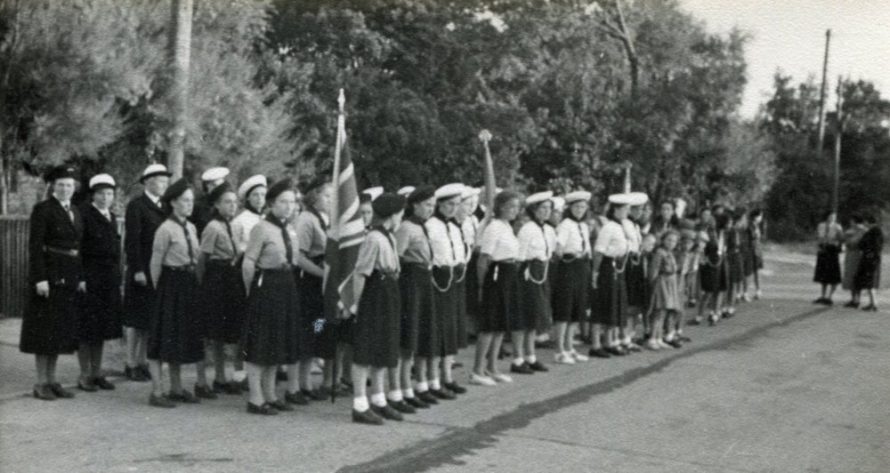 Renewal of Promise 1949 at St Katherine’s

More trouble between the two came in 1950 when the ceremony for the Essex Guides Scroll of Friendship for Suomi-Finland was held at St Katherines. This time it was the pronunciation of the name Suomi (Finland). Miss Allbutt said it was pronounced ‘Su-ami’ Phyllis said  her brother in law had asked the Finish Embassy and was told to pronounce it ‘Swami’.

I think you can see the ladies just did not get on. But I have heard from other quarters that Miss Allbutt could be ‘difficult’. 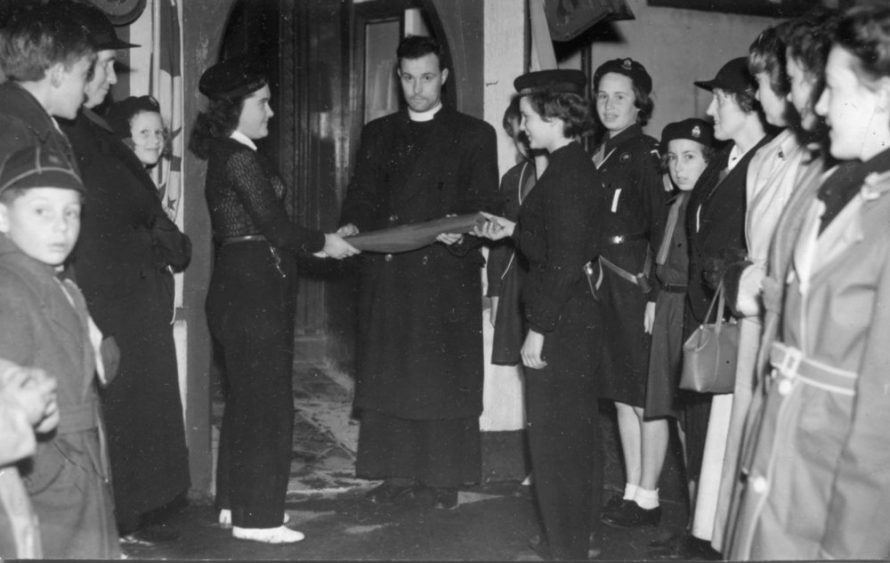 Wednesday 3rd May 1950. Essex Guides Scroll of Friendship for Suomi-Finland being handed to Rev A J Mortimer by the Sea Rangers