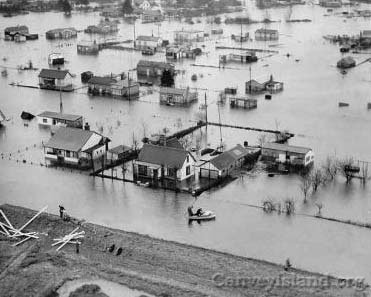 Some of the flooded areas

On the day of the flood, Peter, Phyllis’ husband was in bed with the flu. Phyllis had to go to Venables to get his prescription and also to phone people to let them know the surgery (Peter was a Chiropodist) was closed. When she came back she told her husband how windy it was outside and that she had to hang onto the railings but he did not believe her.

Phyllis lived away from the worst area that was hit by the flood. The first she knew about it was when her father brought tea up to them in the morning and said there was something wrong as the dustbin was not in its usual place but bobbing about under the window. He thought they had a burst pipe but Phyllis suddenly realised that the seawall had gone. That explained the noise they heard in the night, a load bang which was the mortar bomb being fired by the Fire Brigade on the orders of Major Reg Stevens. When Phyllis went downstairs she could see the damage for herself. Her daughter Kathleen thought it was wonderful as there were swans swimming in their garden. 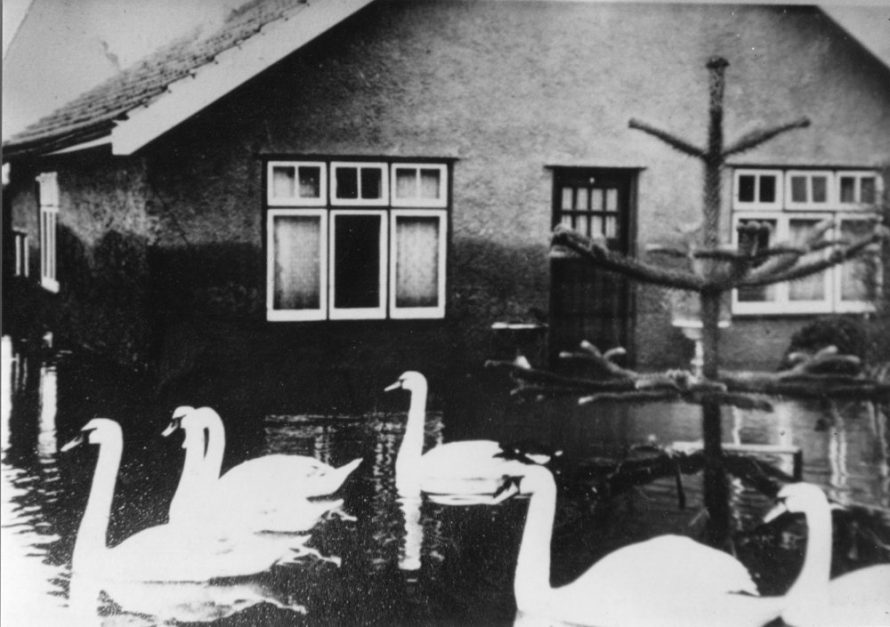 Swans in the floods

Except for their conservatory their home was not flooded but the water did come up to their steps. The flood water washed through the conservatory, and later when the back door was open Phyllis opened a cupboard door and saw her Christmas pudding floating away down the garden. She had tried to clean the conservatory but it was a waste of time as another tide was due and would wash through again.

A fireman came round and told them not to go to the school as it was chaos there but to stay in their home for the time being. On the Monday her mother was not very well and very upset at what was happening, she wanted to get off the Island. Her father went down to the Fire Station to see if anyone could help them but was told they had to wait for a high back lorry. Later in the day Peter got out of his sick bed and made the trip to the fire station but was told the same thing. By 6pm Phyllis’ mother was in tears saying “We’ll never get off the island”. Phyllis was determined to get them off , but even her father and husband said she would not be able to do anything. But she proved them all wrong. 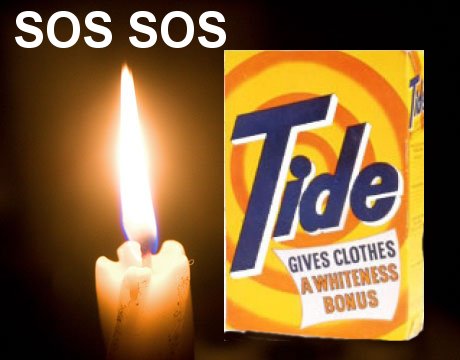 At that time you could see straight across to the Paddocks (The Paddocks Hall was not build then) from Phyllis’ home there were no buildings and you could see Long Road. She stood up on the draining board with a candle and a packet of Tide and signalled SOS, SOS etc. She kept this up for half an hour. The family still did not think it would make any difference but then they heard a voice call out “Where are you?” and they said “Welbeck Road”. They arranged to be picked up at the front of their property. A boat had been brought round and they were all taken away.

The family were taken to the school in Benfleet and her mother who was by this time feeling the effects of flu was seen by a doctor and taken to Southend Hospital. Mr James the chemist was at the school and asked them if they had any relatives they could stay with and offered to take them to their aunts in Lower Clapton in London. They stayed there for two weeks but wanting to be nearer home they were moved to a place in Hadleigh with her parent’s two doors away. 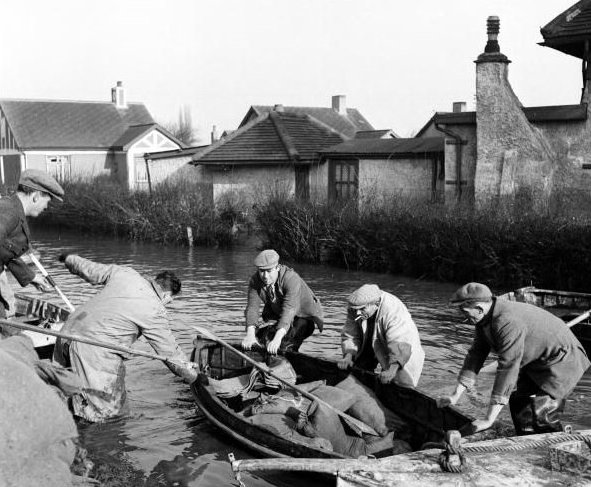 Some of the many people out in boats helping the stranded

Sometime after the evacuation Phyllis came back to the Island by bus with her husband. He had to come across to see how their home and his business was, he had not long started his Chiropodists in the High Street. They met the Rev Mortimer on the bus as they left the island, who asked what they were doing. They explained about the business and that they wanted to see how things were at home but that they had not been allowed in the properties. Rev Mortimer said he was no longer on the island- not after the floods. Phyllis was rather disgusted with him.

They were away from the island for about a month. On returning she said the island looked very ‘tired’ and ‘derelict’. Their house was okay except for the conservatory and some minor damage to their hall stand, Peter’s shoes which had been under the stand were rotten and had to be thrown away. Some food that had been kept in a cupboard in the conservatory was also thrown but as Phyllis said they were very lucky. During the months following the flood lots of work continued on the island. With the new Seawall being built, dykes were piped and covered, new buildings were appearing, life went on……………….