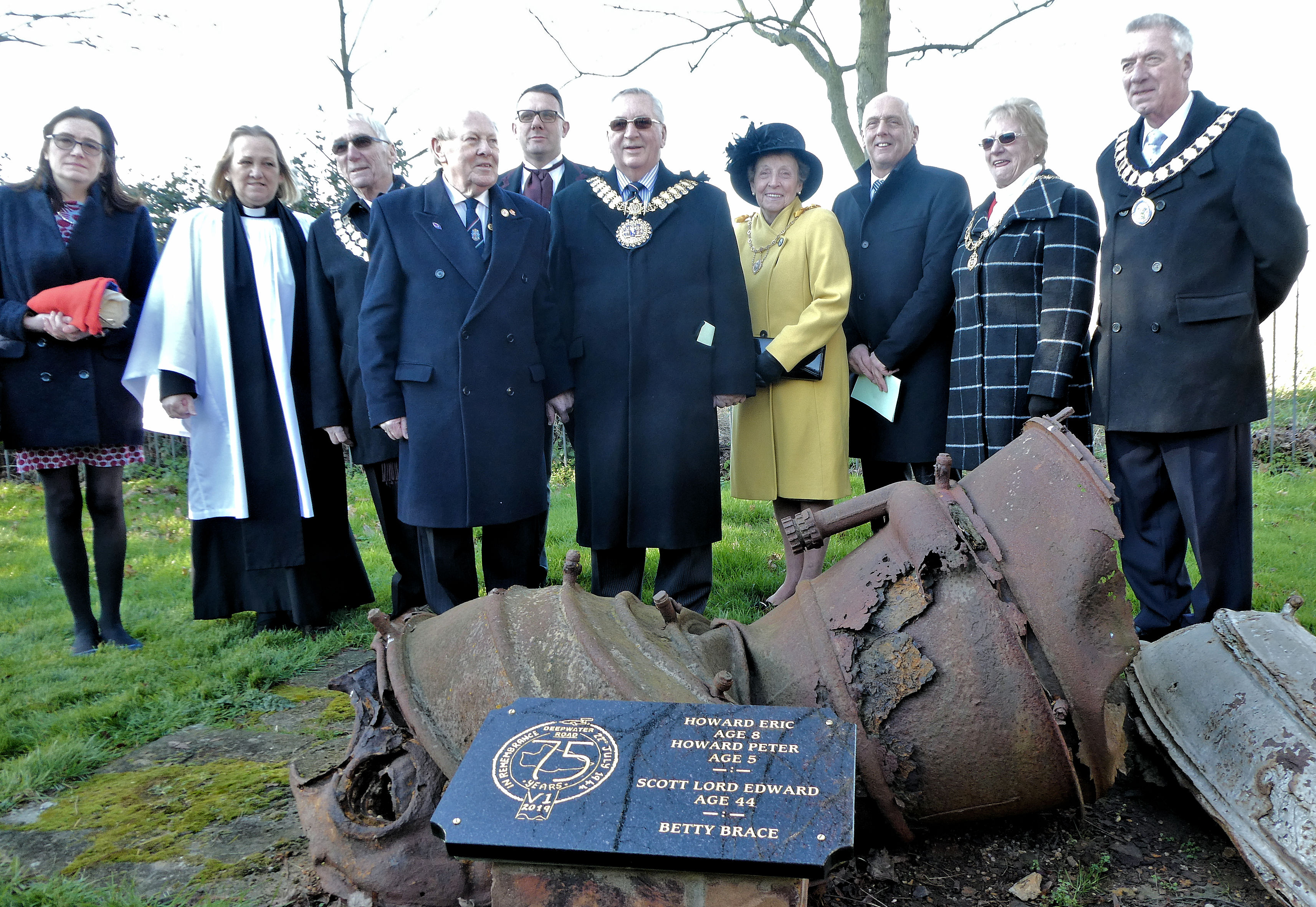 On the 22 July 1944 a doodlebug fell in Deepwater Road hitting the home of Ray Howard. He was just two at the time. Two of his brothers and his unborn sibling were killed plus two others, Betty Brace and Lord Edward Scott. Many others were injured and the damage covered a large area of the village.

Last year was the 75th anniversary of the event and Stibbards Funeral Directors created a marble plaque and presented it to Ray in the Heritage centre. It has now been placed on a plinth in the grounds of the Dutch Cottage Museum next to the remains of a V1 rocket.

Today myself, along with Janet Walden represented the Archive at the Dedication service conducted by Rev. Marion Walford. Representatives from many Canvey organisations were also invited along with local school children.

The Mayor of Castle Point, Colin Riley, thanked everyone for attending before handing over to Rev Marion. The plaque was unveiled by Ray and he talked a little about the event that has scarred his body and took away members of his family. 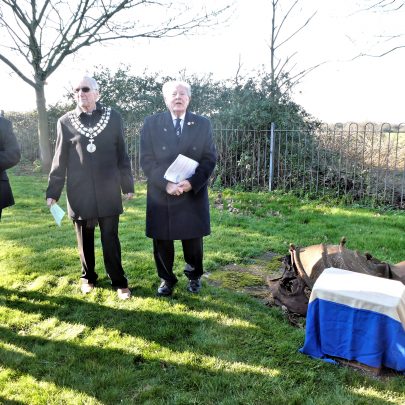 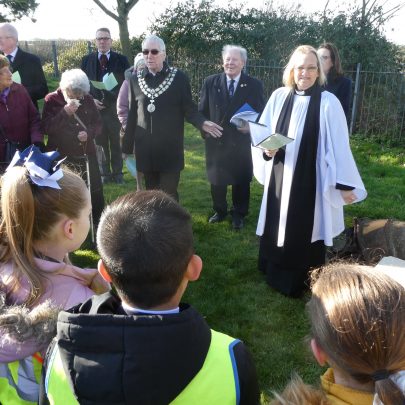 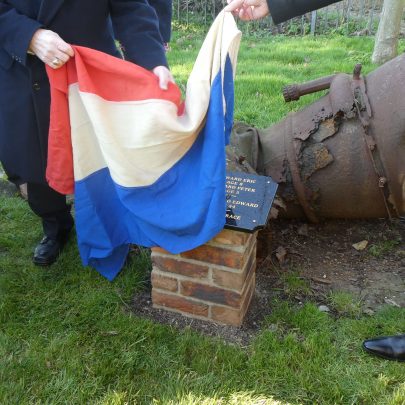 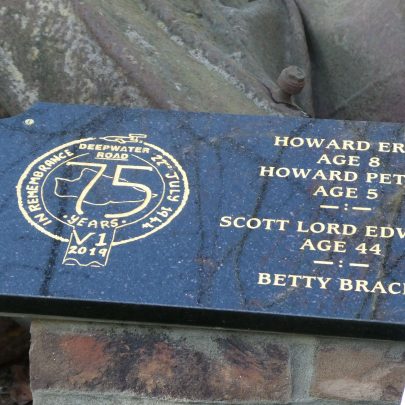 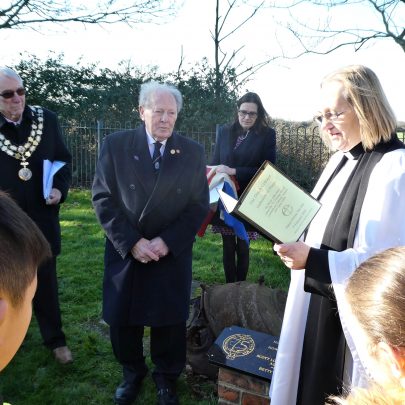