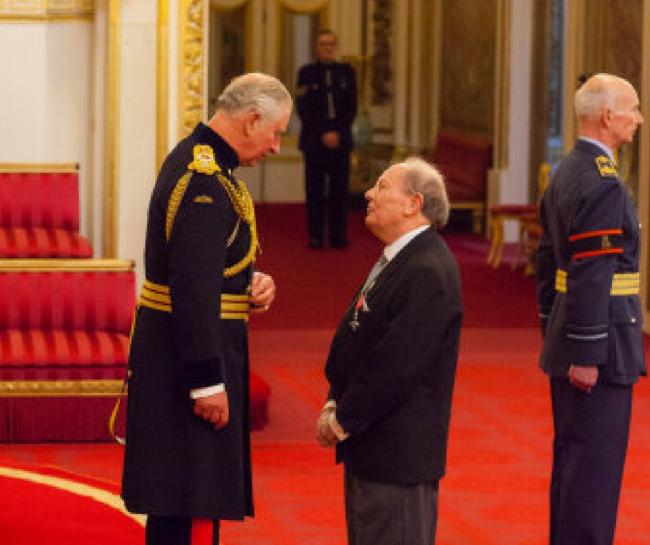 Quote from th Echo in November 2017

A LONG-SERVING councillor known as “Mr Canvey” admits one of his life’s greatest honours was receiving an MBE for his services to the island.

Ray Howard was made a Member of the Order of the British Empire as part of the Queen’s Birthday Honour list, and received his MBE from Prince Charles on Thursday at Buckingham Palace.

After stepping down from Essex County Council in May, having served since 1985, he was recognised for his services to local government and the community on Canvey.