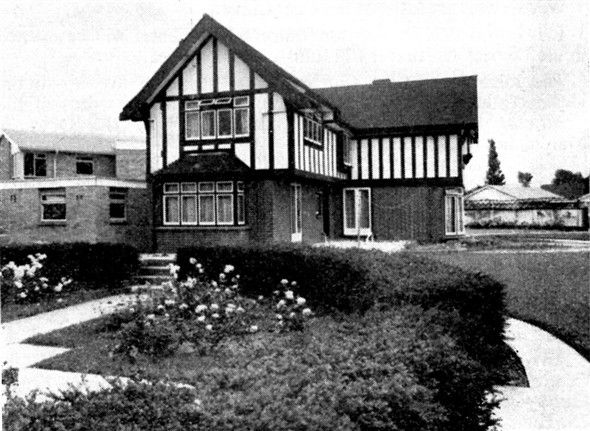 My aunt, Beatrice Littlewood (nee Blake) lived on the island for many years, having moved from Walthamstow before World War 2. She and Uncle Alf had visited Canvey along with other Londoners and marked out a plot to build their bungalow near Laars Avenue or Larrup Avenue. It was large enough for them to keep goats and grow their own produce.

Aunt Trixie (as she was known to the family and friends) was a hard working woman involved with the local community and became a Labour party councillor. I visited Canvey some years ago and quite by chance found the elderly people’s home named after her. I think there was a portrait or photograph of her in the lobby.

The bungalow had no main drainage or piped water. They used an Elsan which Uncle Alf used to empty once a week (possibly in the creek opposite) and their drinking and washing water was obtained from a standpipe in a low brick –built cupboard just along the road. They did have mains electricity, although Alf preferred to use Tilley lamps and paraffin stoves.  Alf’s only concession to luxury was a colour television (a very early model) which took up much of his time because by now he had retired from his job as an inspector with London Transport, working out of Chingford.

In 1953 Canvey Island, along with many other places along the east coast, was flooded. Somehow, my aunt and uncle were separated by the night-time emergency and Trixie spent the night marooned on top of the stand-pipe brick structure, listening to the screams of her beloved goats as they succumbed to the rising water. During the following hours they were reunited in the temporary accommodation organised by local rescue services and they then came to stay with us in Prittlewell whilst their bungalow was refurbished.

Sent in by her nephew Peter Baker