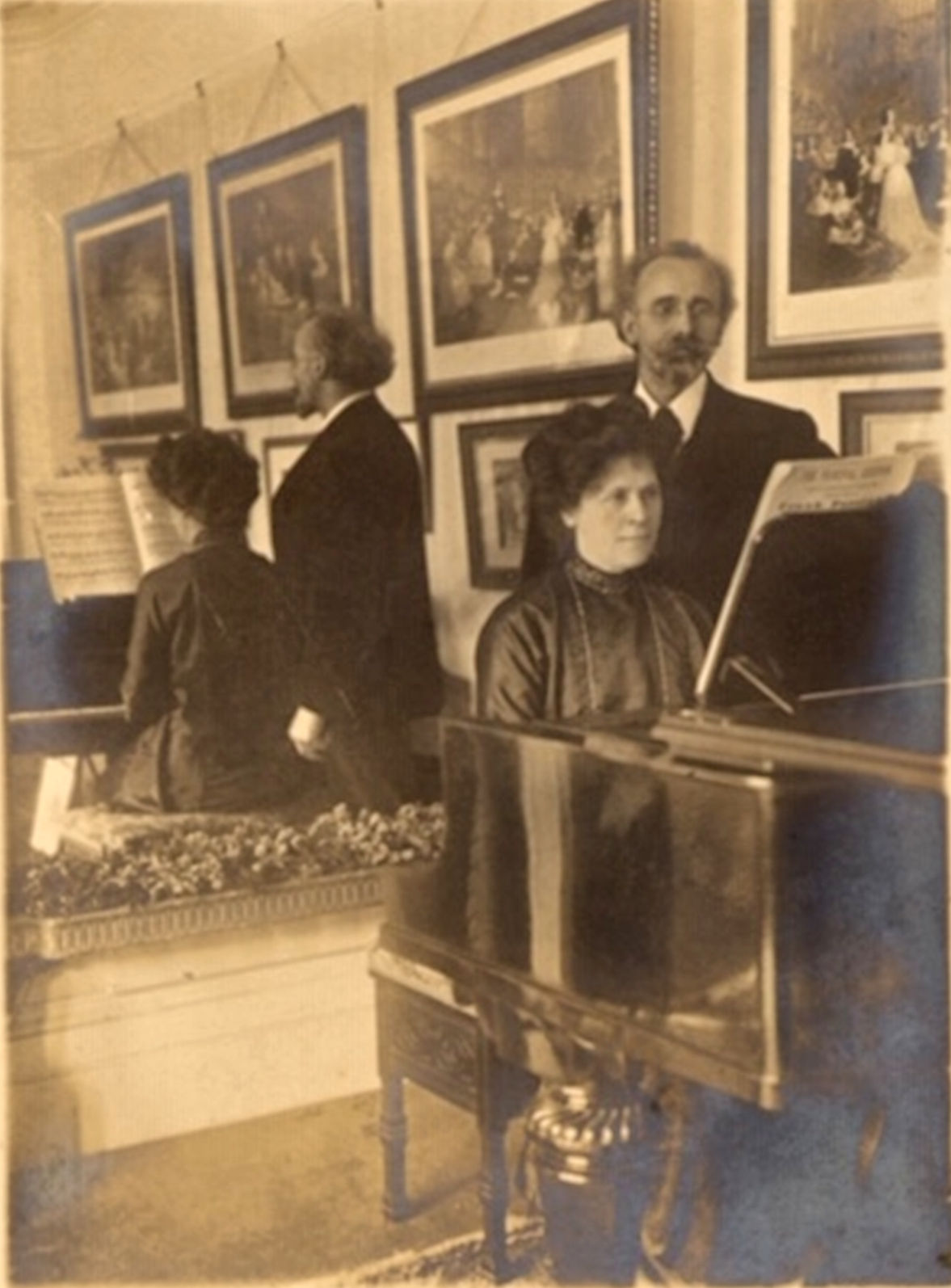 We have recently been sent these fantastic photos by David George, the great nephew of Charles and Elizabeth (Lizzie) Constable. The couple owned Concord House from 1914-1920. The following is what we have been able to put together so far.

Charles Constable was born in St Pancras, London in 1860, he married his wife Elizabeth Neal in Paddington District in 1900. The couple started married life in Elgin Avenue, Paddington where his occupation was noted in the 1901 census as Commercial Clerk. They were still at the same address in 1911 with the addition of their niece Eleanor. Charles’ occupation at that time was Manager of a Window Blind manufacturer. 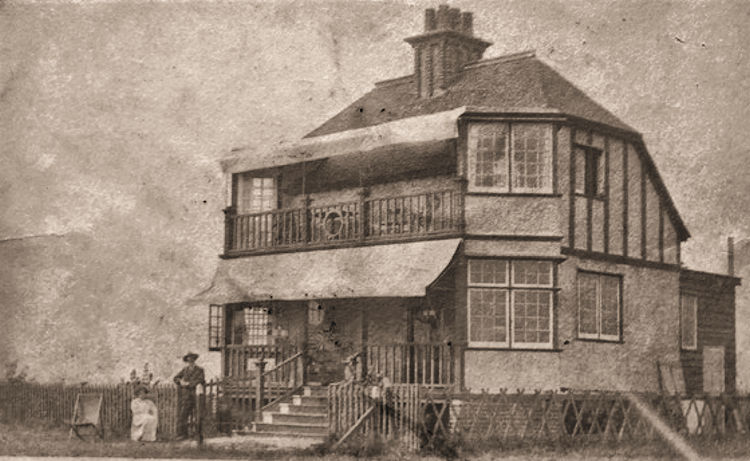 The first mention of the couple living on Canvey comes in 1914 when having bought ‘Concord House’ as a summer residence from the previous owner they applied to build a ‘lean-to back addition’ to the property. The plans are deposited in the Essex Record Office. Charles’ signature, taken from those plans, can be seen below.

We can tell you a little more about Concord House thanks to Martin Lepley –  the property was built in 1909. There were two bedrooms upstairs. One of the rooms downstairs was described as a sitting room/bedroom. Martin tells us the property was actually built partly in the road but we are not sure what this means. The building was on what is now an empty green opposite the entrance to Concord Beach. See maps below for approximate location.

It has now been established that Charles was a Canvey Councillor from 1915-19. We found Charles and Lizzie in the Electoral Roll for 1918 in the property and they continued to live in Concord House until 1920 when it was sold to a W. French. We have not found them in the 1929 Electoral Roll of which we have a copy. But their great nephew David George tells us they used to travel to America and Canada on singing engagements, they were classical musicians and singers so it is possible they were away on one of those in 1929. We will continue to investigate and may well find them when the 1921 census is published in 2022.

In 1927 Sonia Galperin arrived on Canvey Island and one of the many things she did was set up a convalescence home for sick London children in Concord House. The exact timing of this we do not know.

The next time we find them was when Charles died in 1930. They had moved to ‘Rest Haven’, Howard Place, off Marine Approach. As far as I can tell he is not buried in St Katherines Churchyard.

One tantalising entry in the Newsman for January 1931 (see below) lists his will stating:-
Mr Charles Constable, of Canvey Island, a nephew of the celebrated painter.  £1,970.
Is this true we wonder? After checking records we would say this is highly unlikely. John Constable had two brothers. The eldest, Golding, died in 1838 and the other, Abram, died in 1862 without issue.

In the register of 1939 Elizabeth Constable is recorded as being resident at 5 Howard Place, off Marine Approach along with other members of the Neal family. Also at the address is Nurse Margaret Morgan, known to many islanders as Nurse Morgan Midwife. It gives Elizabeth’s birth as 1865 and she was living on Private Means. She died in 1943 at Orsett Lodge, Orsett but her residence was still stated as ‘Rest Haven’, Canvey.

David tells us:- I have many fond memories of Canvey as my cousins and I spent much of our school holidays at Rest Haven between 1938 and 1949 with our grandparents and one or other of our mums.  My grandparents were Frank and Nellie Neal and they lived there until grandpa passed away in 1949.

We do not know what happened to Concord House David seems to remember being told it burnt down. If anyone can help please comment below. Hopefully some of our questions will be answered as more records become available.

Thanks to David George for the photos and information.
Also thanks to Martin Lepley for the additional information. 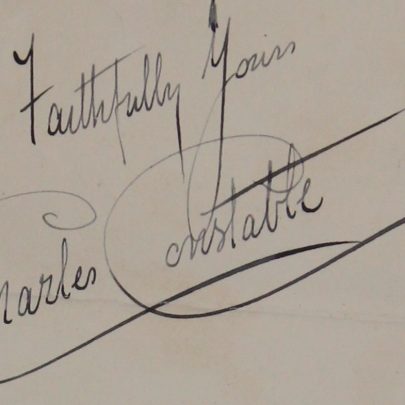 Charles Constables' will listed in the Newsman, January 1931 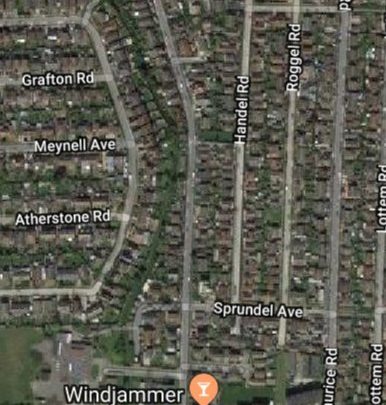 Google map showing the area today. The site of Concord House is marked with a red X 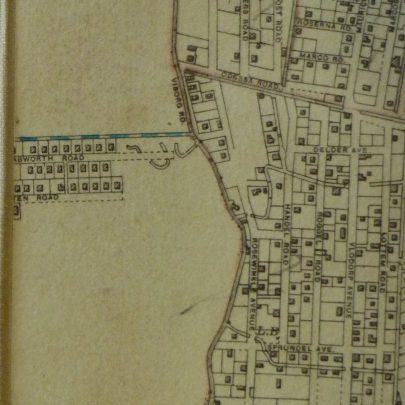