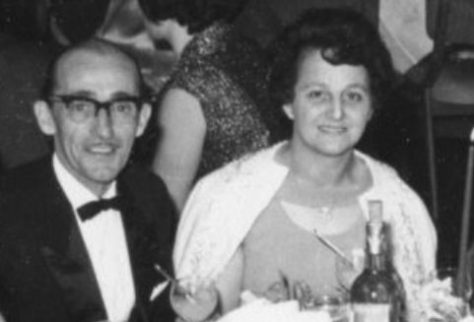 George Herbert Harrington Prince was born in Islington in 1917 to Henry and Rosina Prince. Henry was a printer’s cutter and he married Rosina in 1914 when Rosina was a widow with three children. Henry enlisted in 1915 when he was 37 ½.  He unfortunately contracted TB and was discharged later that year and died in 1918.

What happened to the family in the following years is currently unknown. There are no families with the name Prince in the copy of the 1918 Electoral Roll. There are two in the 1929 but we cannot find a connection.

The first George Prince appears on the papers we currently have access to is the 1939 register which shows George’s mother, Rosina, widow, with her family living at ‘Felstead’, Rainbow Road. George is registered as a builder’s handyman. So they arrived on the island sometime between 1929 and 1939.

Not far away is a family called Dent with a daughter named Winifred who was later to be George’s wife. The Dent family were on the island in 1929 maybe earlier, as they appear as John and Elizabeth Dent living at ‘?eleton’, in Chamberlain Avenue. The couple were married in 1941 at St Katherine’s Church. At that time George was in the RAF and his home address stated as ‘Chesnick’, Rainbow Road.

We have not yet established much about the couples life on Canvey but at some point George became interested in local politics and was the Chairman of the CIUDC for the year 1961/1962. He was still a Labour councillor in 1973. He died in 1990.