Before it was demolished 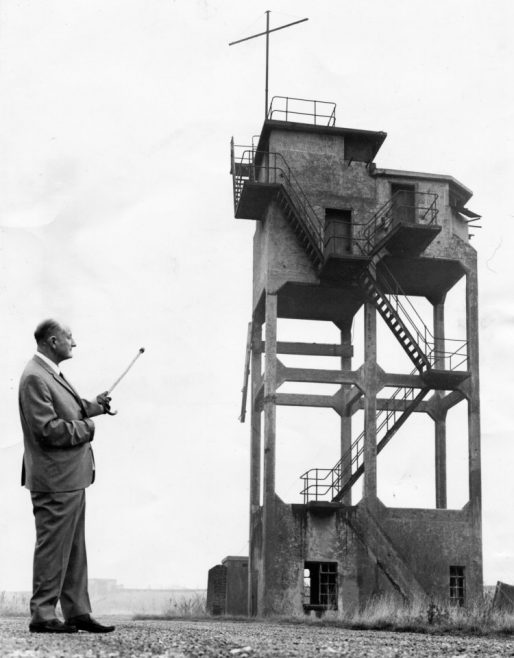 Col. Fielder at one of the towers

We have been very fortunate to have been given copies of these photos of Colonel Fielder at Canvey fort taken in 1969 before the battery, towers etc were demolished.

The Battery, locally known as The Fort was originally built in 1938 and below is a memory by Bill Gower who was one of the many who helped build it.

‘Canvey was well armed against any German approach by their aircraft or by sea. In fact I had previously been a train driver on the building of Canvey Fort, a massive construction on Thorney Bay and the train I was driving was a goods wagon affair hauling ballast and building materials from Kit Katts Road which was not built up as it is now. The track went right through Thorney Bay nearly to the tank farm, over field and dykes.’