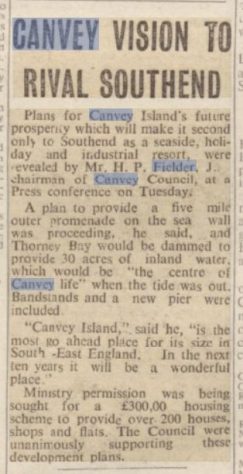 Plans for Canvey Island’s future prosperity, which will make it second only to Southend as a seaside holiday and industrial resort, were revealed by Mr. H. P. Fielder J.P, chairman of Canvey Council, at a press conference on Tuesday.

A plan to provide a five mile outer promenade on the sea wall was proceeding, he said, and Thorney Bay would be dammed to provide 30 acres of inland water, which would be “the centre of Canvey life” when the tide was out. Bandstands and a new pier were included

“Canvey Island” said he, “is the most go ahead place for its size in South -East England. In the next ten years it will be a wonderful place.”

Ministry permission was being sought for a £300,00 housing scheme to provide over 200 houses, shops and flats. The Council were unanimously supporting these development plans.

Canvey Pier on the Way

First pile in Canvey’s new pier was driven on Friday. Lieut.-Col. H P Fielder, R.A., J.P., chairman of the Urban Council, who said it was the first step in a plan designed to bring millions of Londoners to Canvey.

Below is an aerial picture of the bay c1950s and the pool created by the damming of the creek. In the gallery are maps showing the differing features over the years. Can anyone please tell us when the pool area was filled in. Was it after the floods or when the newest wall was erected in the 80/90s. Please comment below. 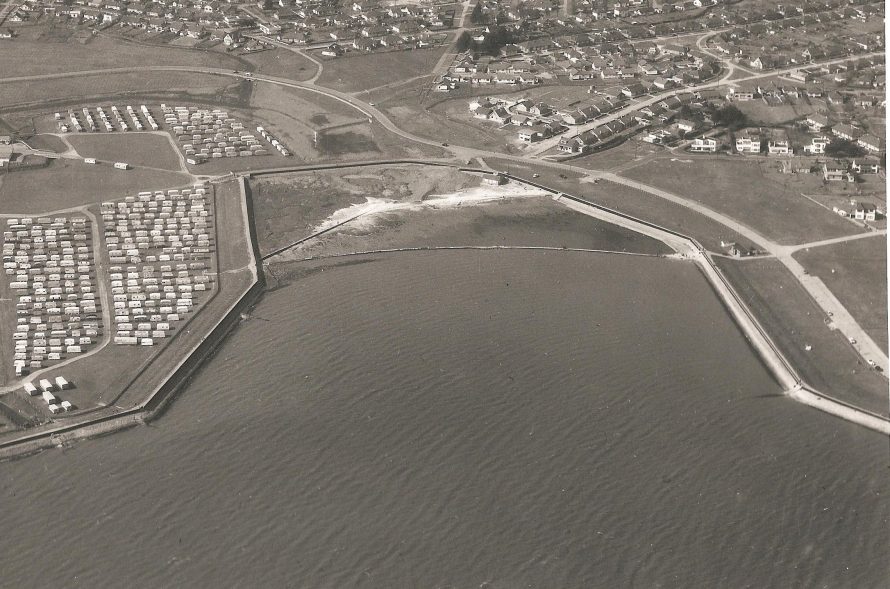 Aerial picture of the bay showing the dam and the paddling pool. 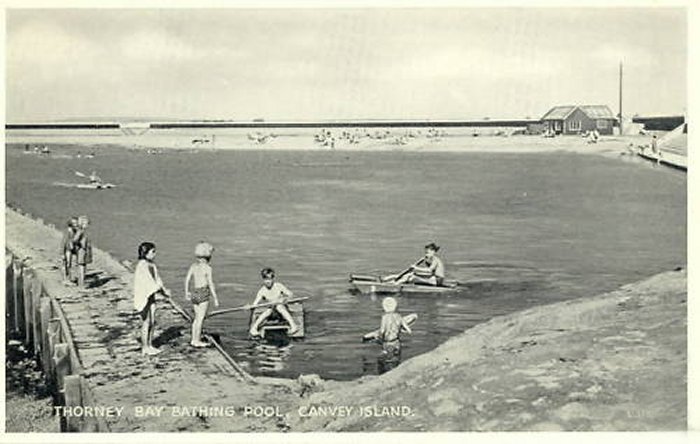 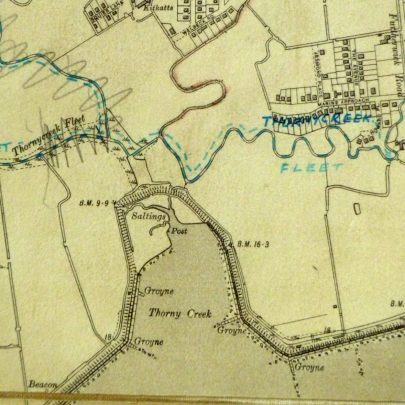 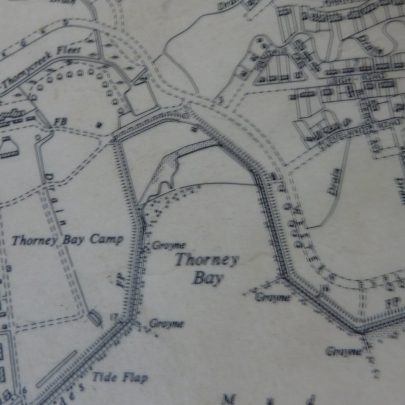 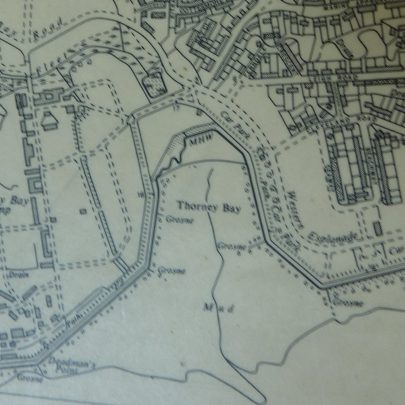 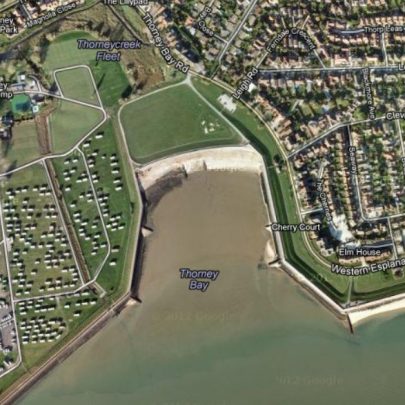