You are here: HomenextArtsnextArtnextJohn FenwicknextWhen the Colonel Opened the Village

When the Colonel Opened the Village 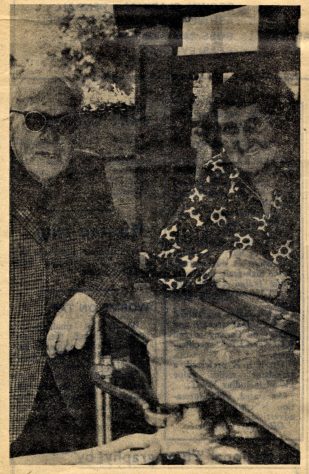 Mr. and Mrs. Fenwick at the turnstile which has clicked and clicked — through the years to welcome thousands of visitors.

It was twenty-five years ago that a village started in Canvey. In May, 1948, Lieut.-Col. Horace Percy Fielder opened ” a history of the Island in miniature” in the grounds of what was The Mascot Gardens, Furtherwick Road. A most enjoyable buffet pre­ceded the ceremony.

Chief designer of this superb replica of Old Canvey was Mr. J. Fenwick, who with his wife has run it ever since on the sea front where it now is.

The village has been visited by thousands of holidaymakers to Canvey. The very modest admittance charge of 2 1/2p (six­pence in old money) still remains.

It has had its trials and tribu­lations as well. The 1953 flood damaged it, as so many Island homes were also affected. Vandals found it a target for their wanton destruction. Despite these setbacks the attraction has continued. It is to be hoped that it will cele­brate many more anniversaries.

•Actual day of opening was Saturday, May 15. It was the first public duty carried out by Col. Fielder in connection with that particular year of office. 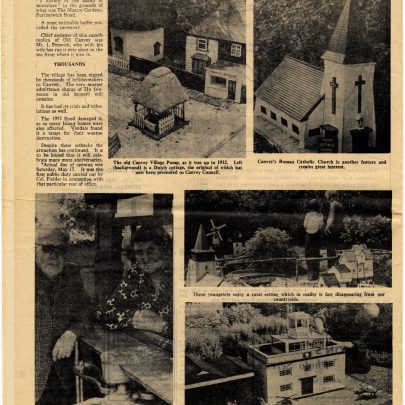