When I grow up

written by Doris Flaherty in 1998 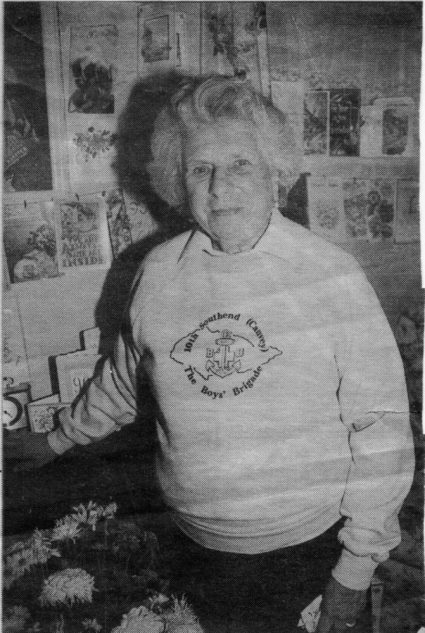 Children are often ask ‘what would you like to do when you grow up?’.  This is an age old question asked of young people.  I wonder how many of these ambitions are fulfilled.

When I was a little girl we did not think too far into the future.  Sixth Form College was yet to be and University education was only for the wealthy.  My early childhood was marred by World War I.  The like of which had never been known before – such as aerial bombardment by giant airships called zeppelins.  A new form of warfare was the German U Boats.  The object was to starve us into submission by sinking our food ships.  There was a severe food shortage coupled with a potato shortage, which caused long food queues.

Looking back on my 91 years of life, I can’t remember having such ambitions as to what I was going to do when I grew up.  I was brought up by my grandmother in a strict Christian home – when Sunday was kept as Sunday should be.  There was always white gloves and a clean handkerchief for Church.

Becoming a Christian to me was not a ‘road to Damascus revelation’.  Going through the Waters of Baptism 65 years ago was but a public demonstration of my belief.  When I look back and think of what might have been and what I would have like to be are two different things.  Our fate is not in our hands, we are not masters of our destiny.  We get confirmation of this in the Scriptures.  Acts tells us, we are a chosen vessel.  Ephesians says we were chosen before the foundation of the world.  The Psalms tells us to commit our way unto the Lord.

I married and had two children.  My husband went into the army in World War II and was overseas when I moved to Canvey.  When at the age of 49 years, the blow, or should I say fate, or the hand of God struck, and I was left alone with two teenage children.  A Proverb tells us that, when one door shuts, another will open.  After a period of limbo, not one but many doors opened for me.  Although I had always been a Sunday School Teacher, later on I became an Officer of the Boys Brigade, and a strong advocate in a total abstinence movement, known as the Band of Hope (few people today have ever heard of it).  My horizons became wider, I got involved at the very beginning with rehabilitation of mentally ill people and sat on the committee at Claybury Hospital.  I became organiser of street and house to house collections for Dr Barnados.  Catering and cooking for youth group holidays at Bryn-e-Groese, Bala, North Wales.  This at that time was headquarters of the Welsh Evangelical Society.  It was to this place that Mary Jones walked barefoot through the Llanberis Pass to get her Bible.

Now that I am physically beyond these activities, the Lord is giving me lesser jobs to do.  He has given me a warm, comfortable home on Canvey.  An environment that wants a lot of beating.  The love of my children, grandchildren and great grandchildren.  Kind friends, good neighbours, contentment and peace of mind.

It has not been the life that I would have chosen, but it has been, the life the Lord chose for me. The word of the old Moody & Sankey Hymn are very true:

All the way my Saviour leads me
What have I to ask beside,
Can I doubt His tender mercy
Who through life has been my guide.
Heavenly peace, divine comfort
There by faith in Him to dwell
For I know what e’er betide me
Jesus doeth all things well.