An interview with Vera Vavrecka 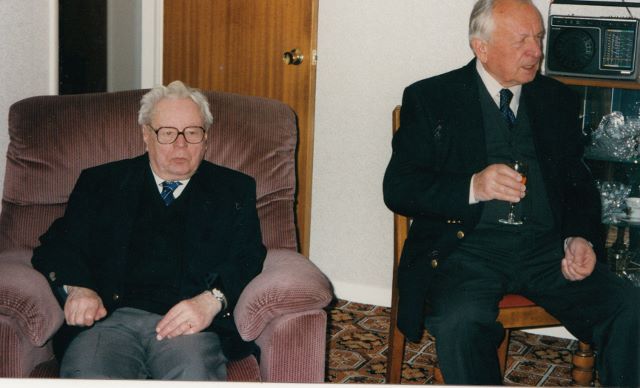 (This interview took place with reference to the painting of Dr Sonnek donated to the Heritage Centre and which was shown in the local press. Paul Riley who painted Dr Sonnek’s portrait was a distant relative of his and now lives in Devon.)

Dr M.Vavrecka came to the Grafton Surgery in 1977, when Dr Lindtner who started the surgery on Canvey Island and his partners Dr Machacek and Dr Sonnek decided to retire. My late husband Dr Vavrecka  and I were very good friends with Dr Sonnek and his wife. That is why I think I can give some testimony about Dr Sonnek’s life. 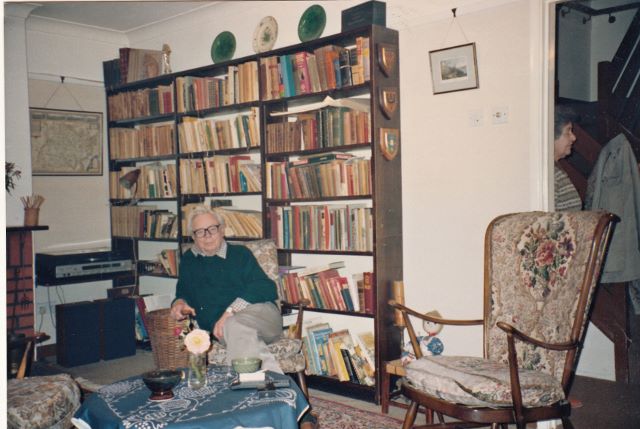 Dr Sonnek in his library

Dr Lindtner, Dr Machacek  and Dr Sonnek were friends from their studies at Brno medical university and when the university was closed by Germans at the beginning of the Second World War, they escaped each in his own way from Czechoslovakia into France to become a soldiers. Later on they met in England at Cholmondeley Park. Dr Machacek had some influence with the exiled Czech government and pressed president Benes to allow all Czech and Slovak medical students in the Czech Army in England to complete their medical studies at Oxford. When they qualified they worked as Army doctors. 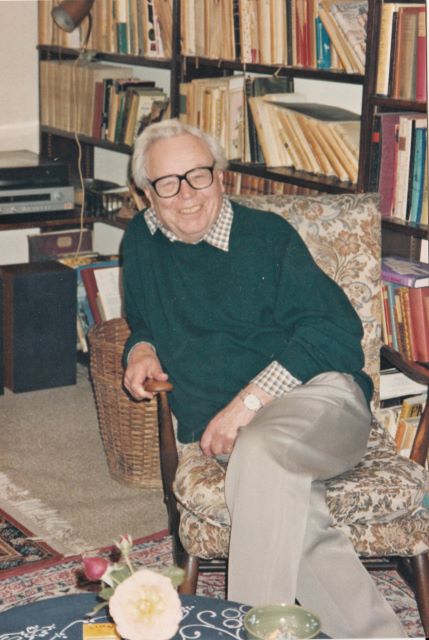 While in London Dr Sonnek met and married Anna Stransky whose father was a minister in the exiled Czech government. At the end of the war when they were demobbed, Drs Machacek and Sonnek  went back to Czechoslovakia and Dr Lindtner came to Canvey. Dr Lindtner married a nurse whose father was a doctor in Benfleet and who arranged for Dr Lindtner to set up a practice in Grafton Road.

In 1948 there was a Communist coup in Czechoslovakia and people who had served in the Czech army or in the Ministry of Defence working for the west were in danger of being imprisoned or sentenced to death. Dr Machacek’s wife was English so she could return to England with their 2 sons while her husband escaped through the so-called green borders. Dr Sonnek’s wife and father escaped through Germany but they had to leave the 1 year old son behind in Czechoslovakia. He was later repatriated with the help of the Red Cross. Dr Sonnek worked in a London Hospital while Dr Lindtner invited Dr Machacek to join him at the Canvey practice. In 1954 with the rise in patient numbers Dr Sonnek was also asked to join them.

Dr Sonnek’s son John was following in his father’s footsteps and was in his first year studying medicine at university when he was tragically killed in a car accident. 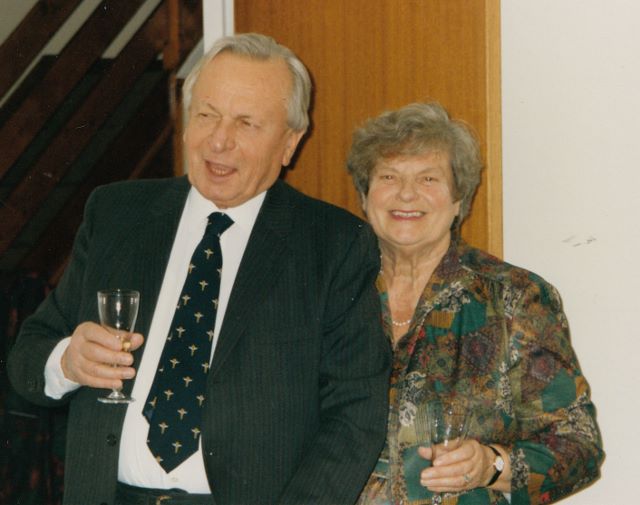 Dr Machacek and his wife Betty.

Dr Sonnek’s sister Zdena Krasa escaped to the US with her husband and lived in California where she had a son Premek. She was left the painting but she has passed away and it was her son Samek who asked for the painting to be kept on the Island.

Dr Sonnek retired in 1977 and passed away in 1996. He is buried in St Katherine’s churchyard on the Island.

Dr Lindtner left Canvey and retired to the West Country. He didn’t visit Canvey much after that.