H. Redman Estate Agent was around on Canvey for many years. But who started it, who did it belong to?

Hubert Redman was born in 1899 in Dover to Hubert Redman, a Trinity House Pilot and his wife Emma. Hubert’s early years were spent in Gravesend and he married his wife Ivy Elizabeth Cook in 1918. Sometime in the next few years the couple moved to Canvey Island first to a place called ‘The Dollars’ Leigh Beck where they can be found in 1921, his occupation stated as Lieutenant (Retired) Army (Disabled). So he must have been injured during the war. Their son, Robert, was born in 1925 and baptised at St Katherine’s. At this time their abode was ‘Betyme’ and his occupation was a Nurseryman. 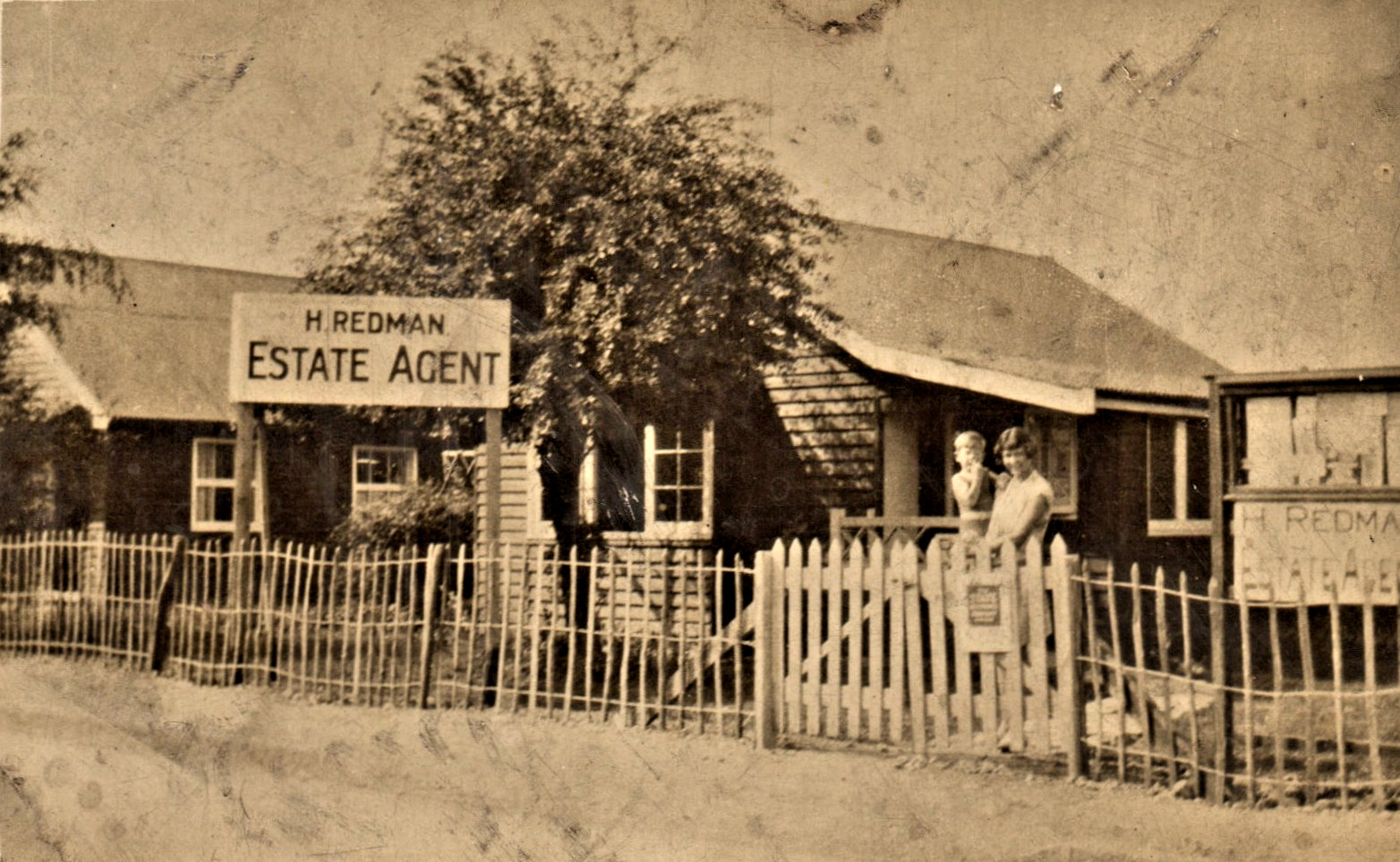 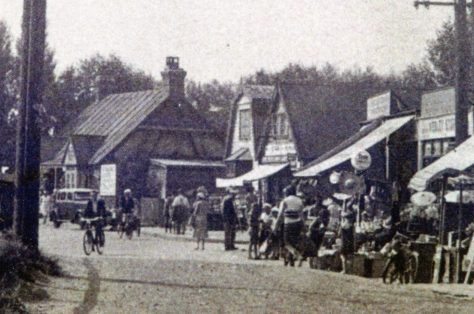 Looking south from Knightswick Road the Redman building is just off photo on the left.

It would appear that life then changed for the Redman family as we have them living in Furtherwick Road in 1929 and a photo we have shows the property, with their home in the centre of the picture and ‘H Redman Estate Agent’ clearly signed. So Hubert was now an Estate Agent. In the photo at the gate is probably his wife Ivy and son Robert who would have been about four at the time. Their daughter Judy was born soon after and when she was baptised Hubert was stated as being an Estate Agent. The property covers the area from Lionel Road up to about where the Halifax is, an area someone described as ‘It was an open area with a plant nursery and a long, low wooden building which was Redman’s estate agents’. 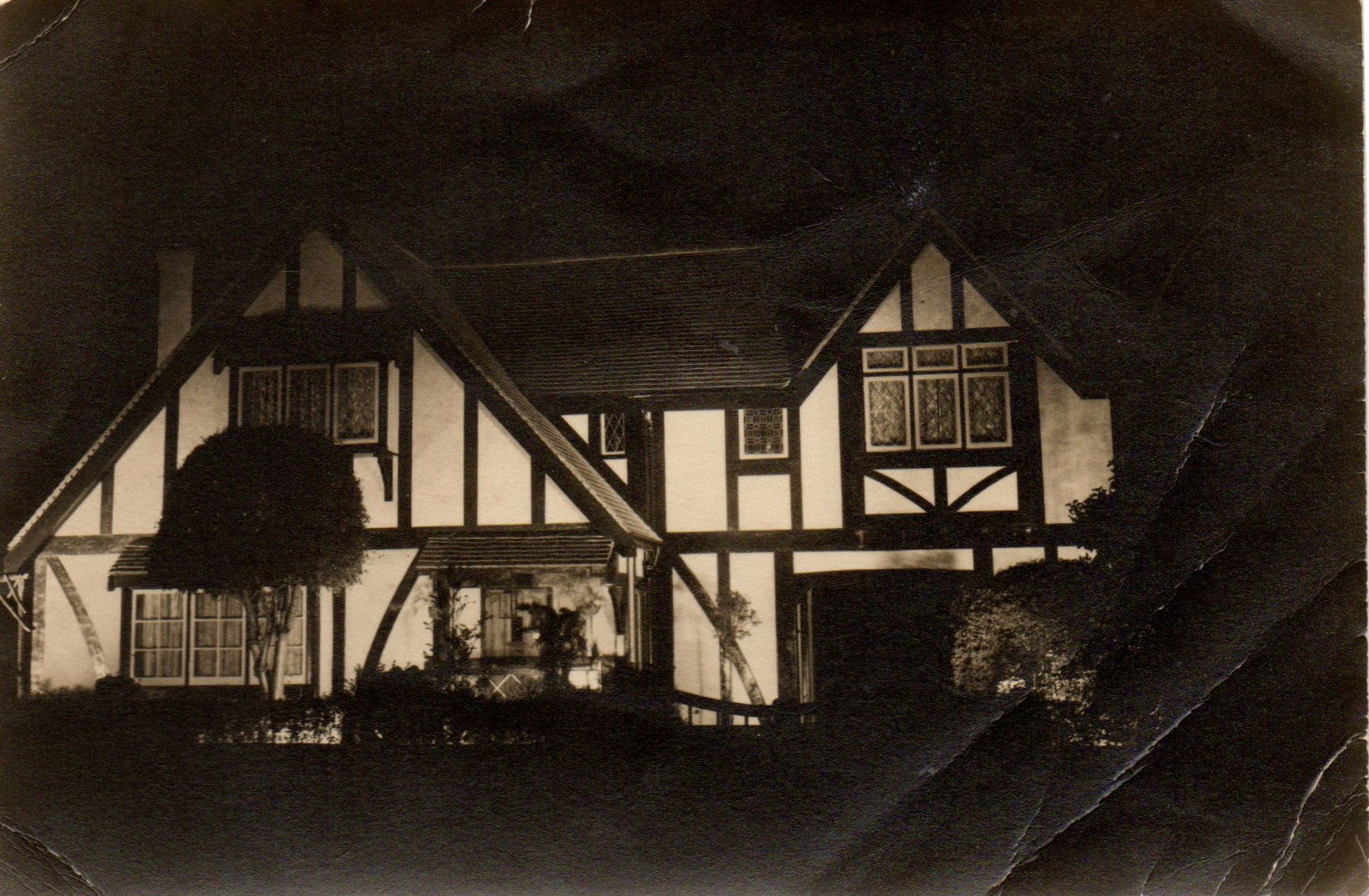 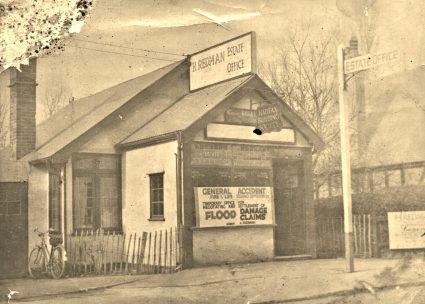 Their home continues to grow over the years extending upwards then sideways until a very large house was built on the plot. The Estate Agency was built to the south of the property and the very distinctive building can be seen in the aerial photo below.

Looking for the family in the 1939 Register, we were surprised to find them living in Southend. Hubert’s occupation stated as Registered Architect, Estate Agent, Valuer and Part-time Rate Collector. It was also stated he was Lieutenant 9th London Regiment, Disability retirement. Why they were in Southend at this time we can only guess but according to Martin Lepley new drains were being put in around about this time. That could be a good reason. 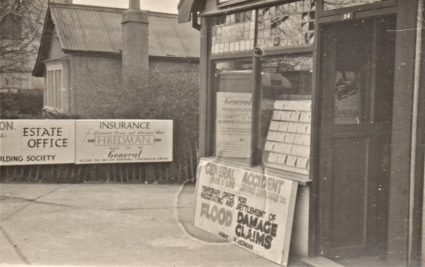 We have found in the Essex Record Office there is a memoranda of agreement appointing him collector of wall rates 1936-1946. This would correspond with the information in the 1939 Register. We also found they have a very large amount of building plans (c100) and maps some dating back to Hester times but they are not available to view. 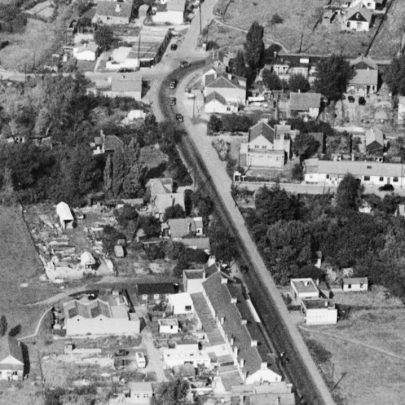 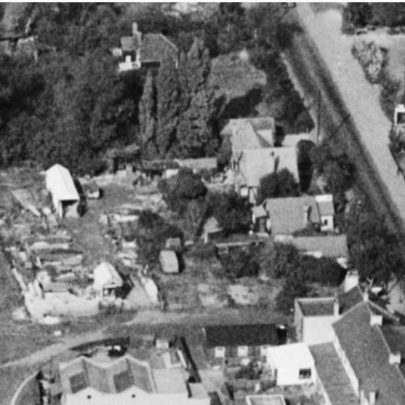 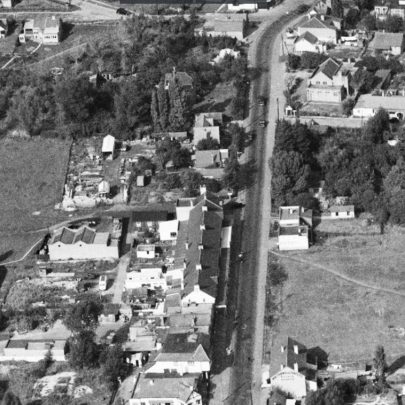 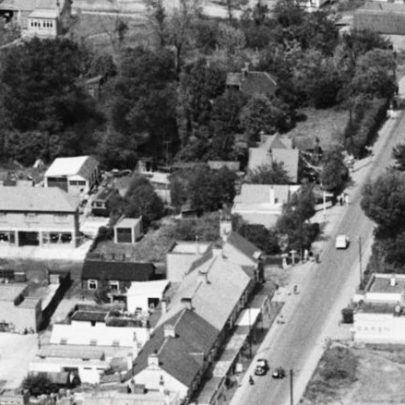