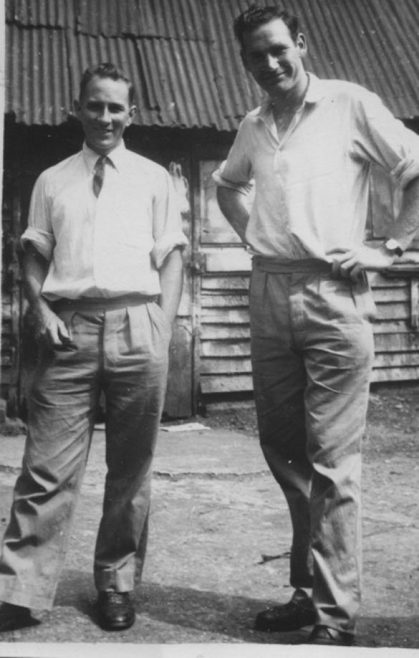 Ian & Trevor. Outside the old farm barn at Small Gains.

When I joined the company at Small Gains Corner in the 1950s’ my workmates were Ron Gregg, Bob Rook, Fred Miles and Trevor Bloxham. Trevor had just finished his national service in the R.A.F.

Later when the factory moved into new premises at the Point Trevor’s father came to work for us part time.

Mr.Bloxham had served in the Merchant Navy in c 1914 and had spent time in a prison of war camp after his ship was sunk. On his release he joined the Police force and was a local Bobby on Canvey before his retirement.

Trevor had a Son who joined the Police Force and I believe was stationed at Hadleigh for a while.