“The Firm of G.Prout & Sons was started in 1935 by Mr G. Prout, a keen yachtman who decided to build a foldaway dinghy, which was light and could easliy be taken aboard a yacht. The folding dinghy was tried out by his two sons, Roland and Francis on a duck pond, and it was found to serve its purpose perfectly. In 1937 Mr. Prout started building the dinghies for sale and the family business had started. The War intervened and the family all joined up and the boat building was shelved temporarily. After the War the business was started again in a factory at Smallgains corner on Canvey. From then the firm grew and in 1957 a new and larger factory had to be built, to accomodate the increased production of folding boats and canoes, and now the popular catamarans, at ‘The Point‘. The limited company was formed in 1955.” More can be found in the newsletter in the Gallery at the foot of this page. 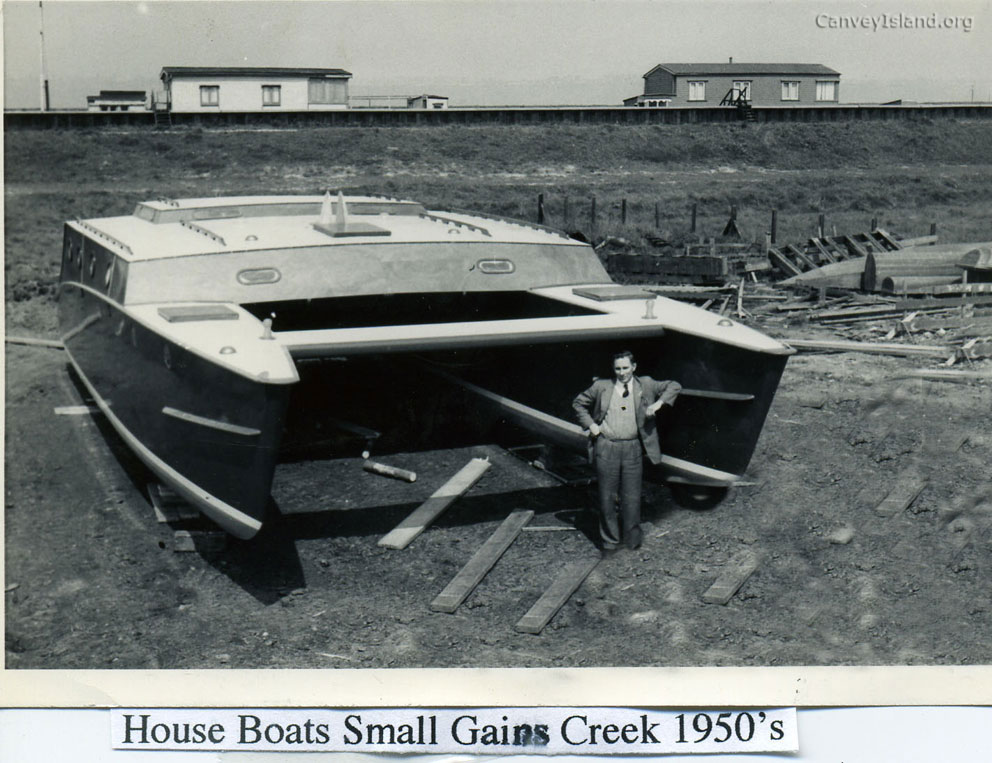 Just read the article in last nights Evening Echo with regard to the new Canvey website and wonder if you would be interested in the following photos, taken early 1950’s. 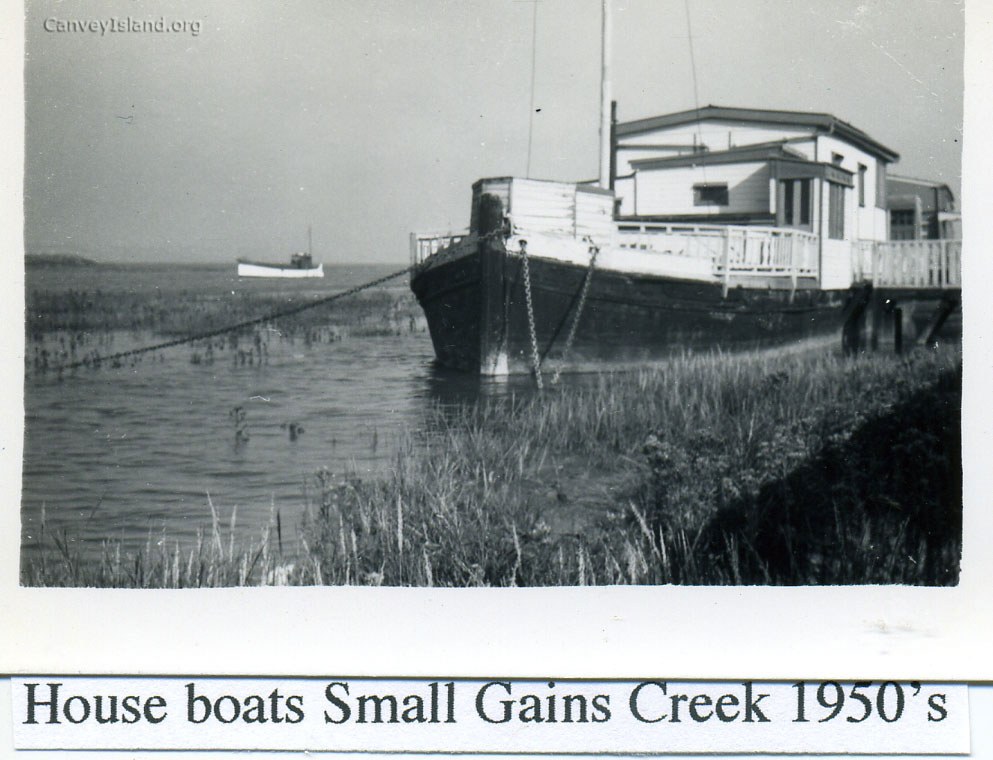 These (above) are houseboats in Small Gains Creek. 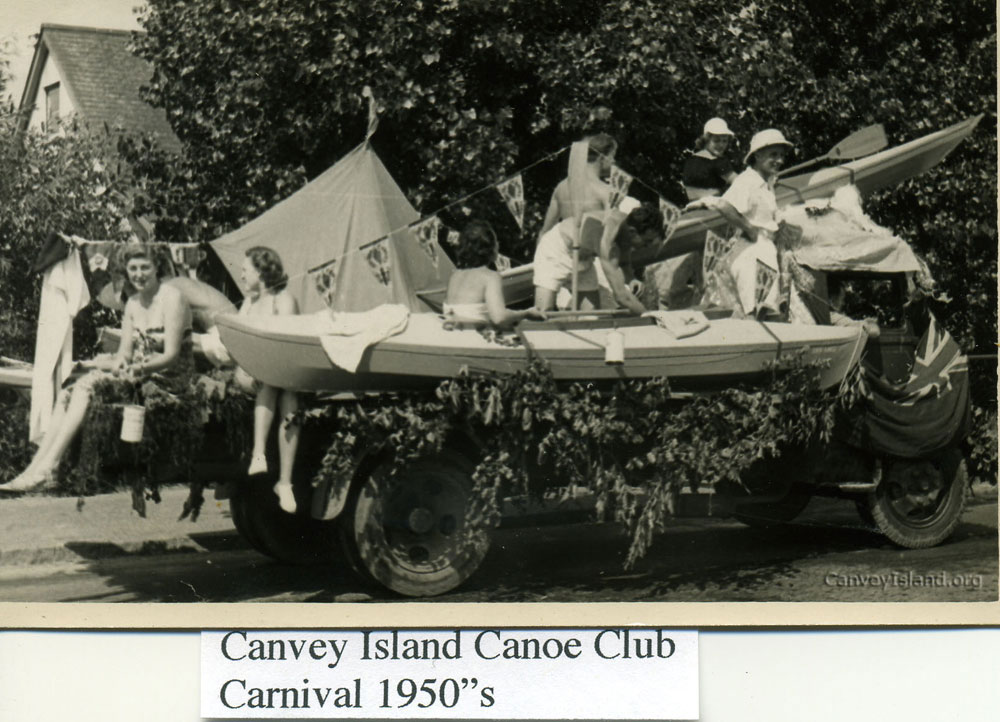 I live in Thundersley but worked on Canvey from 1952 until retirement, with G. Prout & Sons, Prout Catamarans and Halcons. I worked for Halcons in the office at The Point for Rodney Hall. 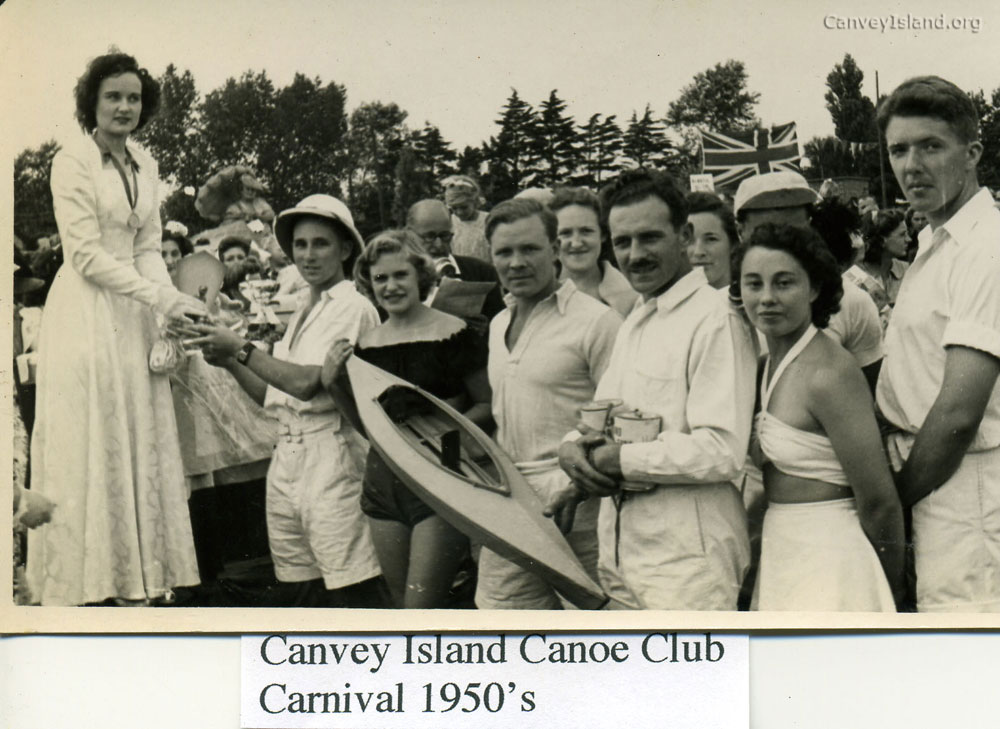 There are many familiar faces in the group (above) including Roland and Francis Prout, the later being my brother in law, I’m the one with the topee.

Click on the Gallery below to see more of Ian’s Photos.

Thanks Ian for sending in these wonderful Photos. If you have photos or memories about Prouts and Smallgains Creek please leave a message below or email in to cca@canveyisland.org 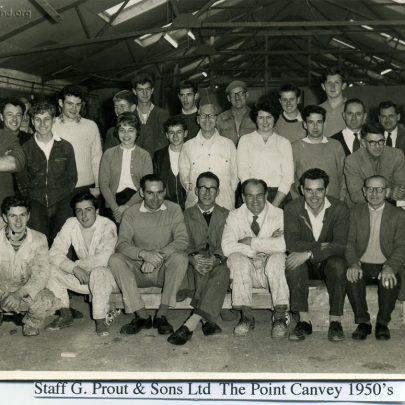 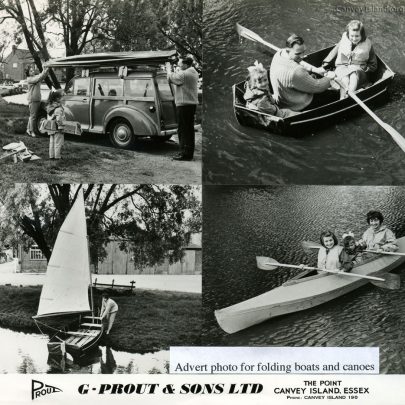 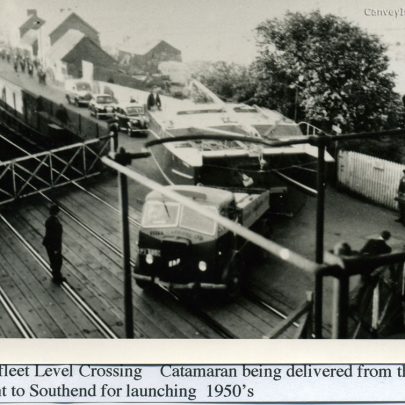 1950's: Catamaran going from Canvey point over South Benfleet Railway Crossing on its way to Southend-on-Sea for launching
Ian Hawks 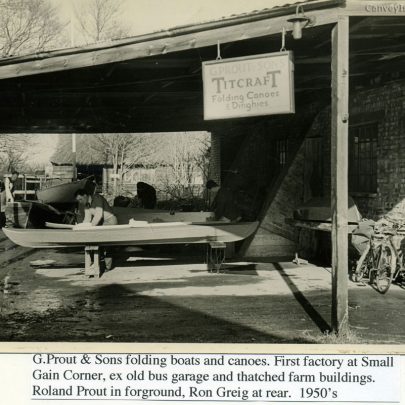 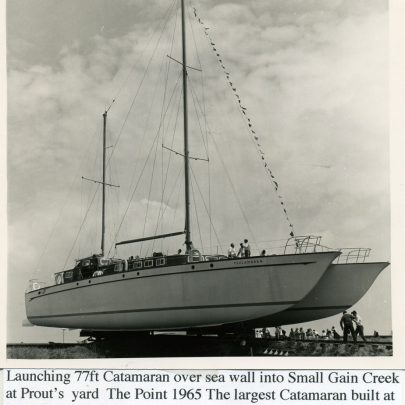 1965: Canvey Point at Prout's Yard in Smallgains Creek. The Launching of the largest Catamaran built at this time at 77ft
Ian Hawks 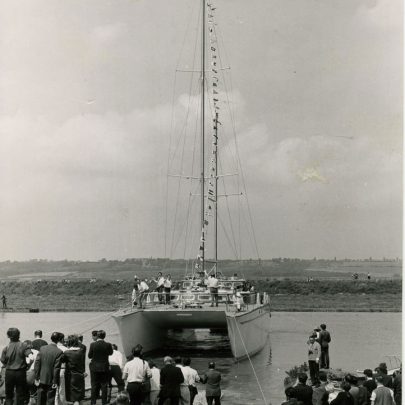 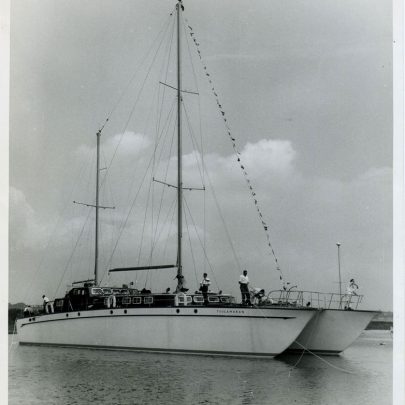 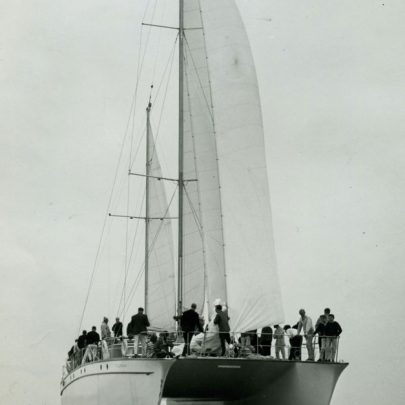 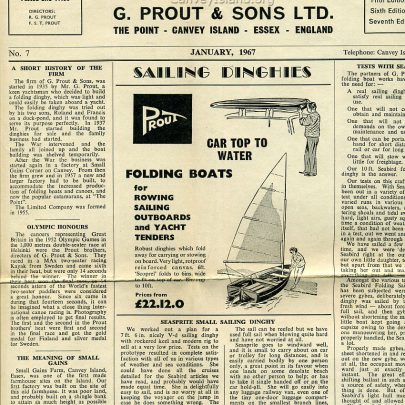 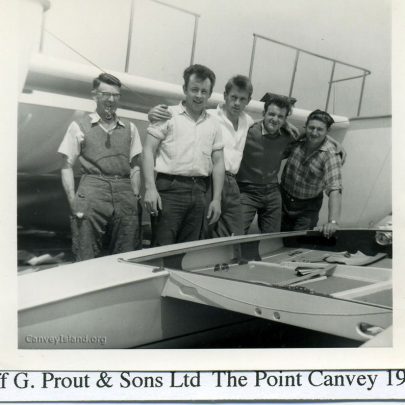 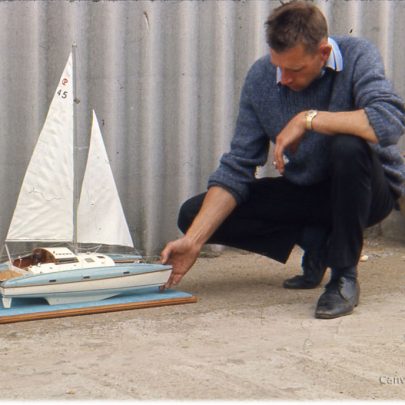 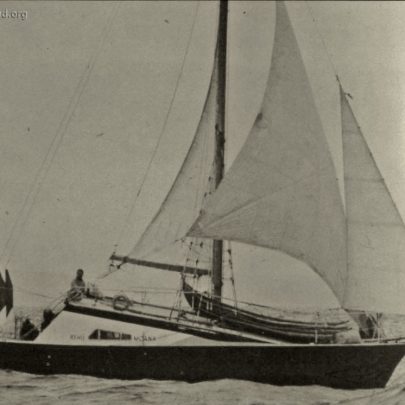 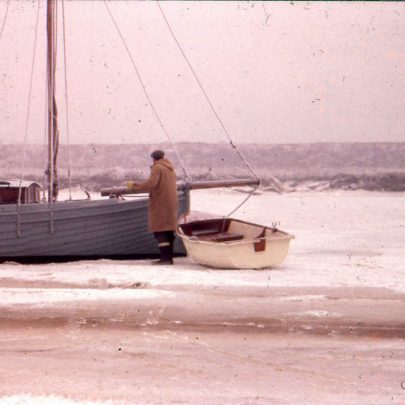 c1955: Gerry Gold walking out to his boat at high water
Ian Hawks 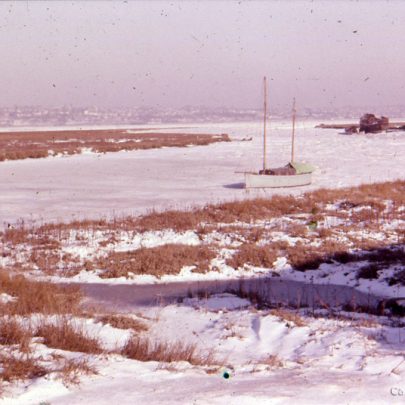 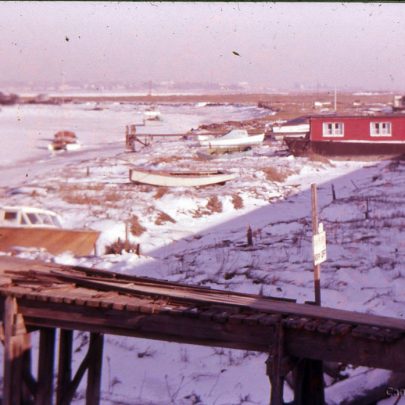 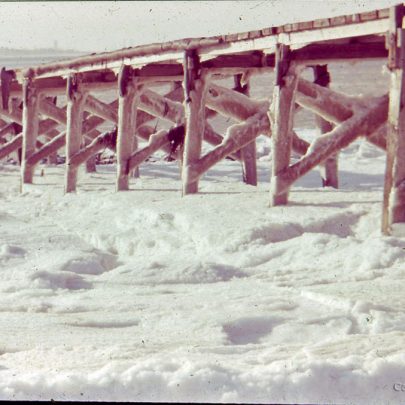