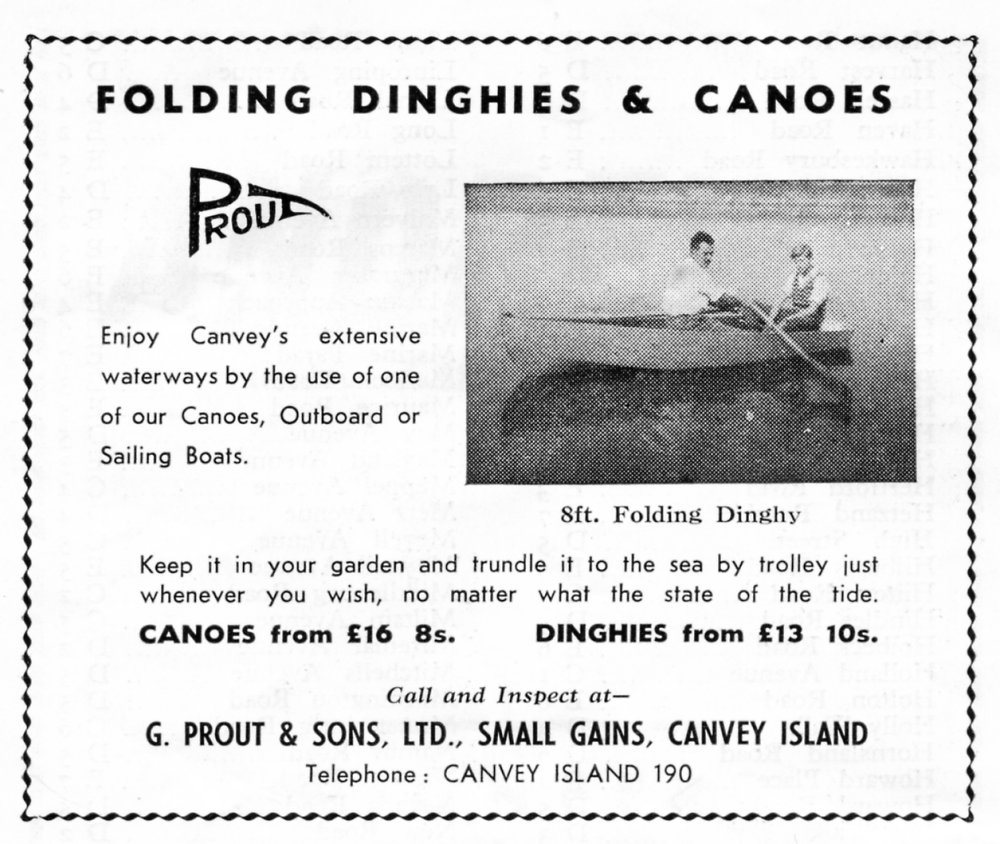 At the beginning of 63 I was still in the Merchant Navy but while on leave I got myself some fill in time as there was never anyone around during the day with my friend who was building the slipway over the seawall for Messers Prout’s.

I can remember it was so cold the sea froze and as the tide went out there was just one huge sheet of ice left and been as mad as hatters in those days I drove my mini over the wall and on to the ice with myself and Jack in it, what idiots when you look back on it now but we survived.

Some one else who I was in touch with at that time was a Robbie Rook who used to make hollow spars and oars for Prouts, even masts if I remember it right.
Robbie owned a 1932 V twin Royal Enfield motorbike and side car that had been rescued after the war from the Boyce Hill Golf Course after languishing in a shed up there for many years, what a machine that was, three speed hand change on the side of the pertol tank and oil to waste which dripped out on the roaddway as you went along.

I’m sure that many others will remember the school holidays during the war when the whole front of the sea wall in front of the Delmonico and the funfair would be one mass of kids and parents, usually Mothers of course, it must have been in summer 1944 when two doodlebugs appeared over the Estuary from the Kent side and it was instant hush and a mass exodous over the other side of the sea wall in a few seconds where we stood and watched them dissappear into the distance, heaven knows who got those.