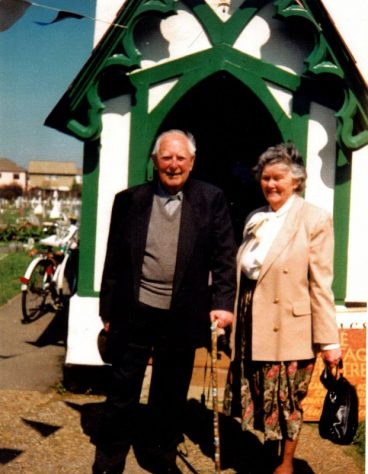 Rev Fleetwood with his wife were invited to the Heritage Centre to meet many of the brides who had been married in the church.

A visit to the island in 2000 by Rev John Fleetwood. He was invited to St Nicholas Church for the 40th anniversary of the building. He also visited the Heritage Centre (formally St Katherines Church) where he had been the vicar prior to St Nicholas being built. You can read all about his life on Canvey in his memoirs Reflected Glory. 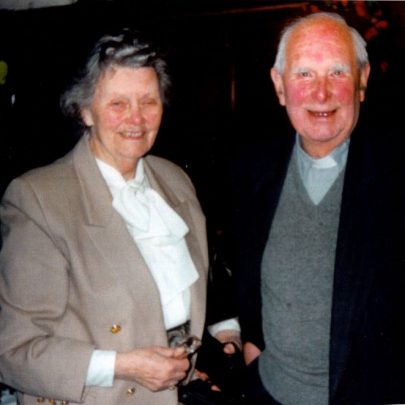 Rev John Fleetwood and his wife Joan inside the Heritage Centre aka St Katherine's church in 2000.
Wendy Knight 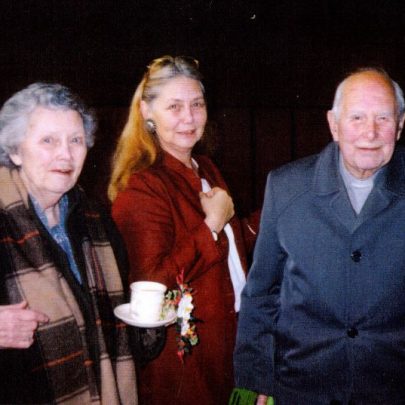 Dec. 2000 The Rev. John Fleetwood (96) with his wife Joan and his daughter Judy on the 40th anniversary of him walking through the doors of St Nicholas Church for the first time.
Wendy Knight 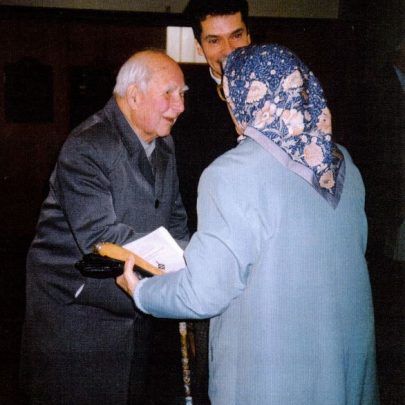 Rev Fleetwood being greeted by a parishioner at the 40th anniversary of St Nicholas Church organised by Rev David Tudor.
Wendy Knight