Bill Jones? Have you heard of him? No neither had I but in the world of woodturning he was famous.

He was the last of five generations of hardwood and ivory turners. Born Alfred William Jones in Stoke Newington in 1920 to Bertram and Ellen. His grandfather was Lewis Jones born in Birmingham in 1853, his father, Bertram was born in Clerkenwell in 1885. Both men were turners specialising in chessmen and Bertram seems to be particularly well known. 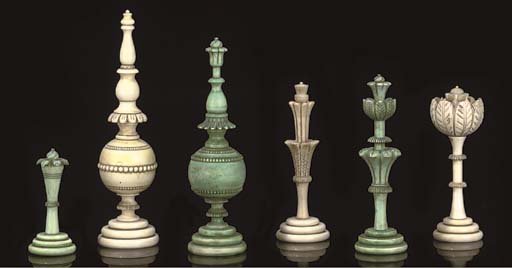 The following is a quote from an article by Frank Camaratta:

Bill left school when he was 13 years old after his father had told him to skip the last term at school as ‘they probably wouldn’t miss him.’  He started in his father’s workshop in Dalston, Hackney. In January 1947, after a stint in the RAF, Bill again returned to work for his father Bertram in the Cotswold village of Badsey, making catheter plugs and turned ivory items. In the winter of 1947, he moved to a new,very small workshop in Lower Clapton Road. He made ivory pipe tubes for Adam Frankau & Co.as well as any other commission he was able to get. In 1948 Bill joined the recently formed Society of Ornamental Turners (SOT). He produced some truly exquisite items; notably his fine ivory chessmen, winning him many prizes in the competitions of the Society and of the Worshipful Company of Turners. Making prestigious chess sets ran in the family.Just as Bertram had produced chess sets of the highest standard, Bill’s chess sets like the Copenhagen/Tulip design were very highly esteemed and won several prizes.

In the 1939 register Betram was living with his family in De Beavoir Road, Hackney as well as his occupation as ivory Turner he was also an air-raid warden. He married his wife Olive in 1941. 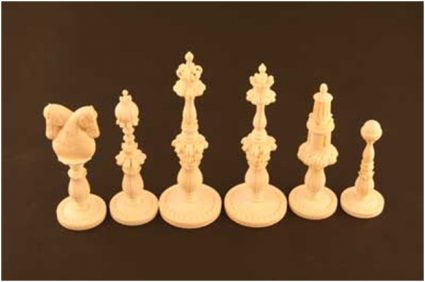 A selection of ivory chess pieces, turned by Bill Jones

In 1949, Bill moved to a new larger workshop in De Beavoir Road near his family home in Stoke Newington. His famous Copenhagen chess set, where each individual piece is made up of several turned and carved components neatly screwed together with hand chased threads. Bill moved to St Ives in Cornwall in 1960 and stayed there until 1964 when he moved to Canvey Island in Essex, his final address.

Bill produced a very distinctive version of the Staunton chessmen for Aspreys and Harrods, as well as many bespoke chessmen for individual collectors. His work is easily identifiable by the extraordinary finish on the chessmen, the distinctive thread pattern with highly polished ends, and his rather unique Knight head.

Making prestigious chess sets ran in the family. Just as Bertram had produced chess sets of the highest standard, Bill’s chess sets to the Copenhagen/Tulip design were very highly esteemed and won several prizes. He was a very prolific turner. Just like Bertram, he could produce a 75m (3in) tall knight in about an hour. 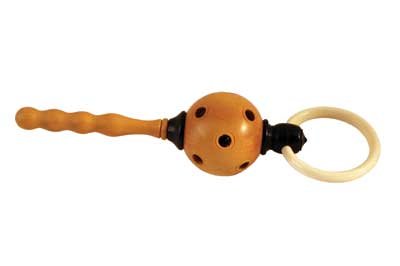 present to Lady Di, when William was born.

He produced countless boxwood (Buxus sempervirens) boxes with ivory decorations and screw on lids. He also made many ivory, scalloped, screw top boxes with the scalloping lining up perfectly when the lid was screwed on. His baby rattles were admired and copied, but very seldom equalled. The one in the image gallery was one of the attempts he found good enough to present to Lady Di, when William was born.

The passing of Bill Jones, on 31 July this year, brings to an end the era of the ‘ivory turner’. Bill was probably the last of this old school of skilled hand craftsmen, his career ending simultaneously with the curtailment of the ivory trade. Bill started turning at the age of 14, following in the footsteps of his father, grandfather and two generations before them. He worked as a turner for the whole of his life, apart from a five-year break during the Second World War, when he served as an engine fitter in the R.A.F., ending his service as a Drill Sergeant (can you imagine Bill shouting! – no, he was probably very polite – a bit like Sergeant Wilson in Dad’s Army).

Anyone who knows the world of turning couldn’t fail to have heard of Bill Jones; he became a legend in his own lifetime, many years ago.

His unique demonstration skills and ability to communicate through both the written word and verbally endeared him to us all.

Most of Bill’s work was from another era, as were many of his techniques. Many of the skills he used and demonstrated are now a lost art; he could pretty much make anything held in one of his chalked jam chucks and join anything together in a blink of an eye, with threading.

So back to Canvey Island. He moved here in 1964. I understand he lived on the corner of  Southwick Rd and Mayland Ave with his wife and daughter Jennett (not sure of the spelling). It was here that he worked in his garage.

John Bardram of the Sandon Woodturners, where Bill was Patron, gave us an insight into the man and Canvey:

I had the great pleasure of knowing Bill quite well and also had a few lessons from him when he used his garage on Canvey Island as a workshop. It was a very interesting place with various old fashioned machinery, some of it made by Bill himself, notably his ‘variable speed’ lathe where you controlled the speed with your foot by simply altering the tension on the drive belt. As you may also know he had a Holtztapff lathe which he used for ornamental turning. His 2 books ‘Notes from the Turning Shop’ and ‘Further Notes from the Turning Shop’ contain many details and illustrations of his method of working. He was a real gentleman and it was always a pleasure to see him turning.

Below is one of the many clips of Bill on YouTube.

Can anyone tell us more about this very talented man in our midst?

Thanks go to Alan Jones (no relation to above) who pointed me in Bill’s direction.
Information gathered from the following
Woodworkers Institute
Sandon Woodturners