It is not known the date of either photo or drawing. The photo could have been the inspiration for the drawing. 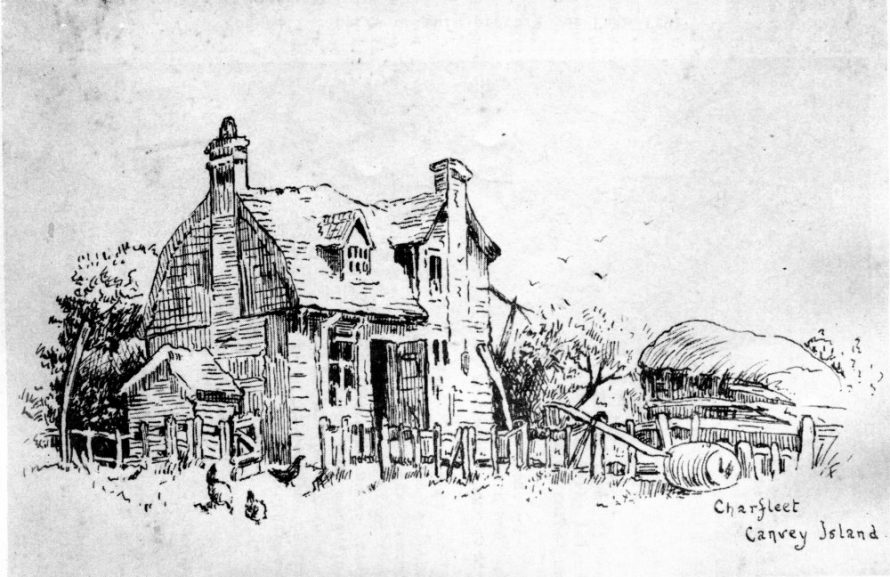 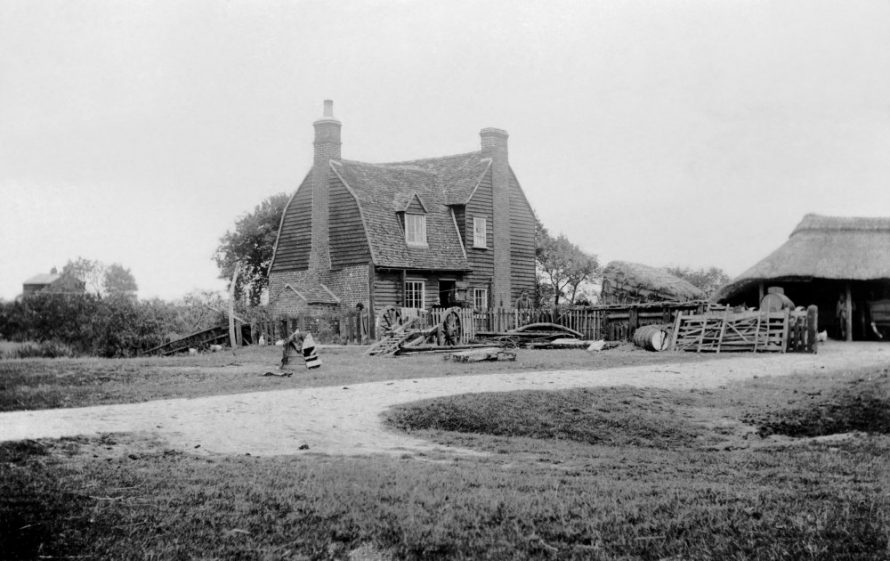 The close-up below shows some of the people who were living there at the time this was taken. Unfortunately as we do not know the date it is difficult to name the people, but in 1901 a James Sach his wife Emma his youngest son and two daughters were living there, he was the Farm Bailiff. James was born in Messing in 1843 died in 1903 and is buried in St Katherines Churchyard. His older son Arthur married into the Scott family. So could this be James Sach??? 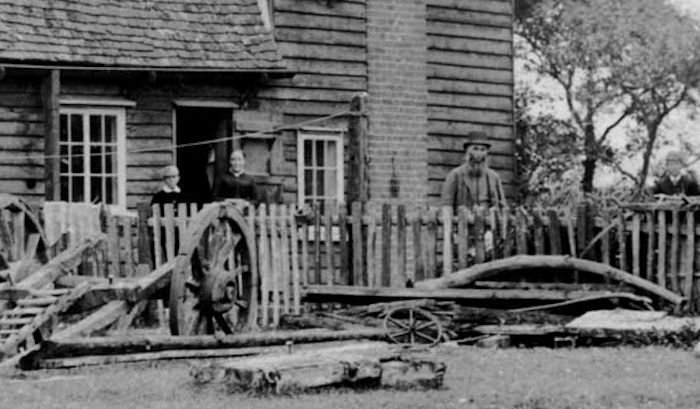 Close-up of the people in the photo that could not be seen in the original.