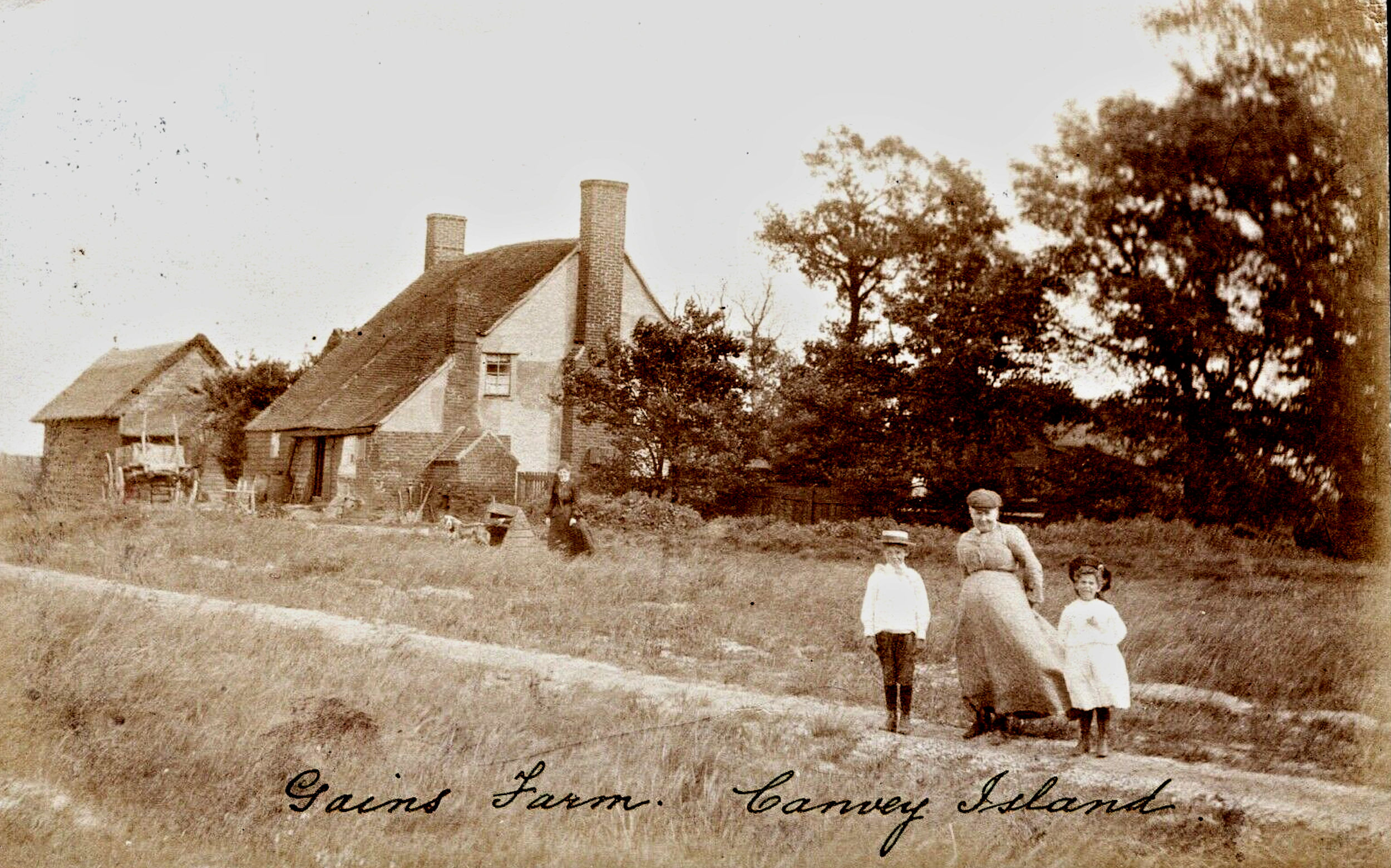 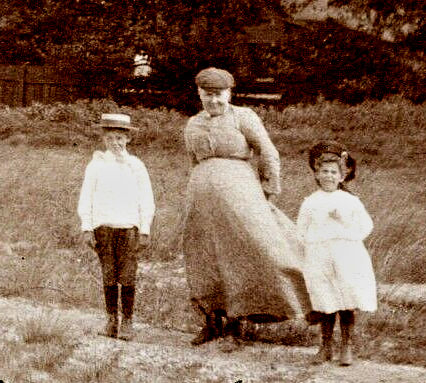 This is the first photo we have seen of Smallgains/Gains Farm when it was not derelict. Taken I would suggest c1900. I would also suggest the people in the photo are Emma Warricker nee Hills born 1849 Downham in Essex.
She lived at the farm with her husband Benjamin from at least 1891 to at least 1901. The farm was derelict by 1909 and the couple can be found in Hornchurch in 1911 with their adopted daughter Mary Ann Hills. Several Hills nieces and nephew of Emma lived with the couple over the years, they apparently had no children of their own. In 1891 Rosetta/Rosella and Mary Ann Hills were staying with them. In 1901 William George Hills was working on the farm. 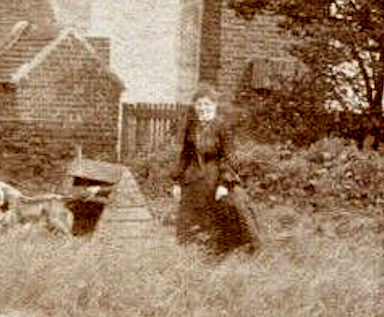 Rosetta went on to marry James Ockendon in 1892 and lived at various farms with her family, Tree in 1901 and Southwick in 1911. The couple later lived at Haversham Cottage then Meadow View in Edith Road. They had two children James b1894 and Lily b1896. I strongly believe the younger woman in the photo is Rosetta and the children are James and Lily. Both James and Rosetta are buried in St Katherine’s churchyard.

More investigation needs to be done to confirm the details we have so far.