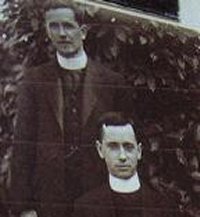 Rev Reginald Arthur John CHUTE is standing and his brother

Reginald Arthur John CHUTE was born in 1884 to Rev John Chute and his wife Emily of St Jude’s Vicarage, Hunslet, Yorkshire. The Chute family were originally from County Cork where Reginald’s grandfather was also a clergyman.

He attended Leeds Grammar School and Queens College Oxford, as a Hastings Exhibitioner, studying Classics. He rowed in the College Eight. He studied Theology at Ripon College, and was ordained at Saffron Walden in 1910.

From 1909-1917 he was the Curate at St Peter & St Paul, The Green, Chingford.  From 1917-1921 he was the Curate-in-Charge at St Luke’s Church, Leyton. It was during this time i n 1918 he signed up to the Royal Army Medical Corps as a stretcher-bearer spending time in France before being demobilised in 1919.

On the 25 Feb 1927 he returned from India on the British & Indian Steam Navigation Company’s ship Malda after spending six years in Jamalpur, India on loan as a Chaplain to the Railways.

Not a lot is known of his time on Canvey if anyone can remember him please let us know. 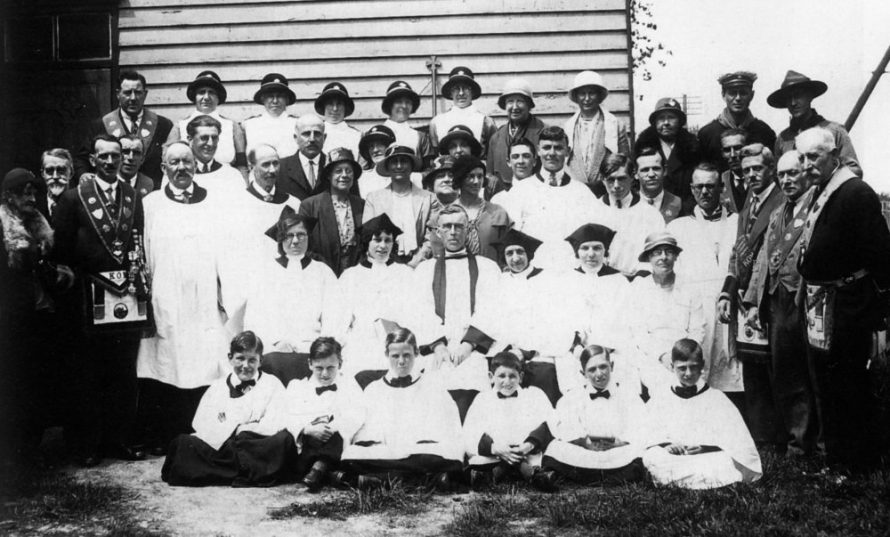 We are wondering if this is Rev Chute can anyone verify?

He married Florence Myers in 1931 at the age of 47 the couple had one child Hilary. He later moved to Chappel and Wakes Colne (near Colchester) from 1942-1956. He was appointed a Canon of Chelmsford Cathedral. He retired to Saffron Walden and died in 1967.