1 - The History of the Methodist Church 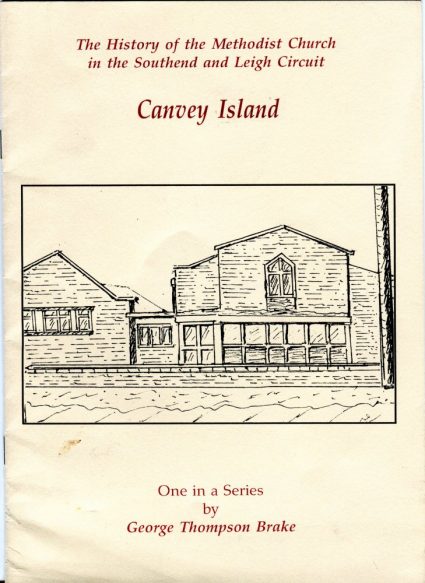 Methodism did not establish a work on the island until 1950. It is this story to which we now turn. Much of the early story was told by Mr. Len Knapp in his account of the first 25 years at the time of the Silver Jubilee. Before we turn to this, reference must be made to the official records. These begin with recorded notes of a meeting of a Commission set up on the 13th June 1945 by the Leigh Quarterly Meeting. The Commission consisted of the Superintendent minister, the Rev. Stanley Southall, his colleagues, the circuit stewards, Messrs Stibbards, Jackson and Melliar and a representative from the Benfleet Society. Later the name of Mr. George Brittain a builder associated with the Thundersley cause, was added.

The first official minutes were of a meeting of the Trustees of a site for a Methodist Church at Canvey Island, which was held at Leigh Wesley Church on the 13th January 1949. Besides the Rev Stanley Southall and the circuit stewards, there were Messrs Waite, Fleming, Stibbards and Kerridge and Mr. F Oswald Waite was appointed secretary. Consideration was given to the Town and Country Planning Act 1947 (Section 85(5)). The following resolution was adopted, “That a request be made through the proper channels at the earliest possible moment that the land should be treated for the purpose of section 85 of the act as if it had been so sold on the appointed day – 1st July 1948”. The appropriate form under Section 85(5) of the act when completed should be forwarded in duplicate to the Chapel Committee.

At the invitation of Mr. George Brittain, an informal meeting of the Trustees and others was held on the 4th May 1951 at The Duchy, Uplands Road South Benfleet. The Rev Stanley Southall presided and the notes of the meeting record the names of others who were present. There was a discussion about the cause at Canvey Island and plans prepared by Mr. Cyril Downer were considered. Various suggestions were made to reduce the estimated cost of the building. The present Trust for the ground, being depleted by death to only five or six Trustees, it was decided that the Trust should be renewed. This should be a representative and authoritative body charged with responsibility for an agreed building scheme. The meeting for the appointment of new Trustees was held on the 21st October 1952. There was, however, a meeting of the original Trust at Thundersley on the 11th February 1952, presided over by the Rev. H. W. Goldsack, who had succeeded the Rev. Stanley Southall as Superintendent minister; also present was the Rev. John Stacey, minister in pastoral charge of the church. The Trustees confirmed the suggestion of the informal meeting that the Trust should by renewed. It was decided that Mr. Cyril Downer should be surveyor of the scheme. The Superintendent reported on correspondence he had had with Connexional authorities which confirmed that grants would be made to cover 60 per cent of the cost. Support had also been promised for the erection of a temporary building for which planning consent would be sought.

The minutes of the meeting for the appointment of a new Trust, held on the 21st October 1952, were duly recorded. The occupations of those appointed were, clerk, retired railway official, director, boat builder, bank official, school groundsman, accountant, bakery salesman, sales manager, widow, musician, spinster and merchant. Six were resident in Canvey and the remainder were from Benfleet and Leigh. Regrettably no further minutes of Trustees meetings appear to have been preserved.

Fortunately there are minutes of Leaders’ Meetings for the period the 27th January 1954 to the final Leaders’ Meeting before this and the Trustees meeting were subsumed into the Church Council in 1974. The first Leaders’ Meeting recorded was presided over by the minister the Rev. Fred Carveley. However, we are indebted to Len Knapp for his account of the beginning of the Methodist witness on the Island. His story began, “The first thing most people on Canvey knew of the start of the church was seeing posters put up in shop windows advertising the first services on Sunday the 1st October 1950 to be held in the upstairs room of Nightingale’s Cafe, Long Road”. By the time Mr. Knapp wrote this paragraph in 1975 the cafe had become a Supermarket, which itself is an interesting comment on the social development on the Island. 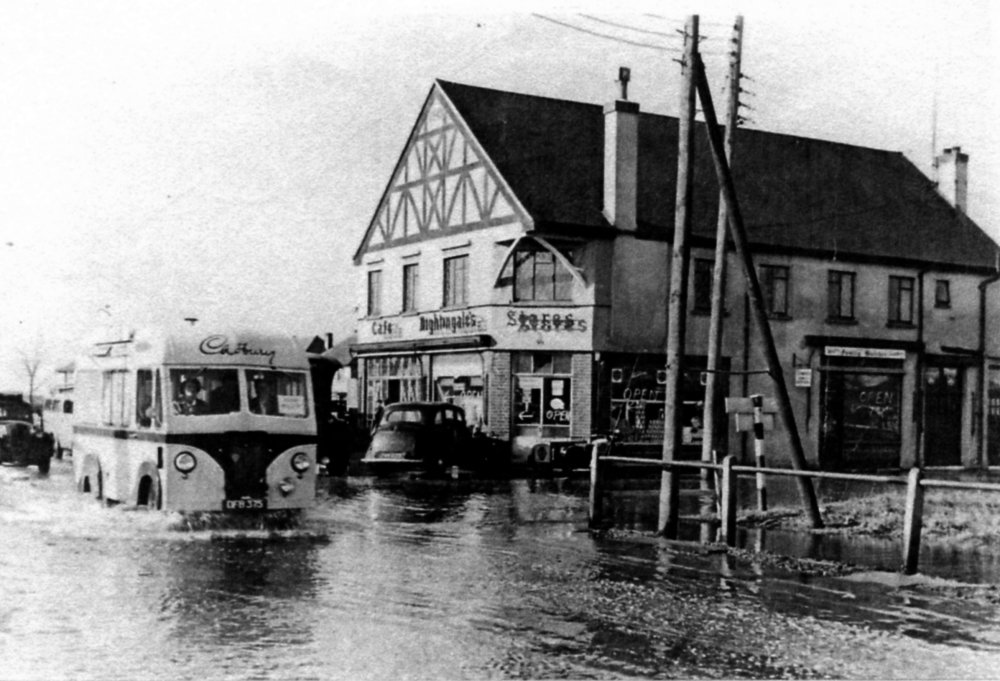 Mr Knapp’s story of the early days of Methodist witness at Canvey is pictorial rather than literary. He describes how he went the first Sunday evening and found “quite a crowd there”. Chairs had been put in rows with a table at the front. The Benfleet church had loaned 50 hymnbooks and a tune book which had to be kept in somesone’s house between the services. A number of friends from Benfleet and other places in the circuit came to ensure there was an encouraging congregation. The Rev. John Stacey conducted the service and Len Knapp gave a graphic description of him. He was the junior minister on the circuit staff who lived at Pitsea and “unless someone gave him a lift, he used to cycle all over the place on an old racing cycle”. He had pastoral charge of Benfleet, Thundersley and Pitsea, but came to Canvey at least once a week.

“Where he got his energy from I don’t know” writes Mr. Knapp. “He visited our home on one occasion and after seeing him off I found his Diary on the table. I didn’t change my slippers, but dashed off on my bike and didn’t catch him up until I got to Hawkesbury Road. I was out of breath, but he was quite normal. That was John Stacey, always looking lanquid but full of energy”. It was Mr. Knapp who at a Society Meeting held in the December following the first services was elected Society Steward, together with Haydon Morgan and Arthur Barrett. He and Mr. Morgan used to cycle to the quarterly meetings which sometimes were held at Rayleigh, Wickford and Hockley.   When they arrived they were “always welcomed as overseas missionaries” and everybody wanted to hear news of the outpost of the circuit. The membership reported in 1951 was 24 and the first assessment 10s.Od a quarter. After the first Christmas it was decided to start a Sunday school. There was wonderful support from Mr. Nightingale the proprietor of the cafe, who decided to close so that the Sunday School could meet. He charged 7s.6d. each time the premises were used. On the first Sunday 50 children of all ages turned up. It became such a success that there was a waiting list.

Plans for a church 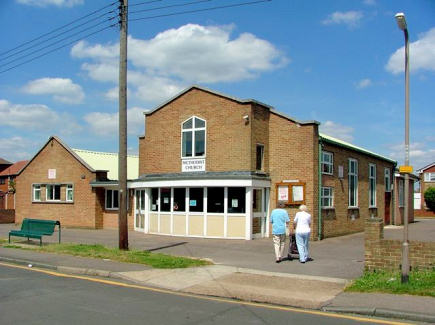 The Methodist Church as it is today.

In relating the facts of the early days Len Knapp gives a self-effacing account of what happened, but his role was clearly significant. Not only was he one of the first Society Stewards, but he was treasurer of the Sunday School and for over twenty years treasurer of the Trust. He was also relief pianist. There seemed a readiness on the part of people at Benfleet to provide leadership as well. When the Sunday School Superintendent, Mr. Arthur Barrett, moved away Mr. John Vale took over until he too moved away in 1961. The growth of the church increased the desire for a church to be built. Mr. George Brittain who gave the site for a church at New Thundersley also donated one in Waarden Road, Canvey. As we have noted already meetings were held in his house to discuss plans prepared by Mr. Cyril Downer. The restrictions on building licences following the war delayed the fulfilment of these dreams. However, on the 1st July 1951 a “Post setting” ceremony was held. People made donations for the privilege of “setting” one of the posts for the fence. Various fundraising events were held.