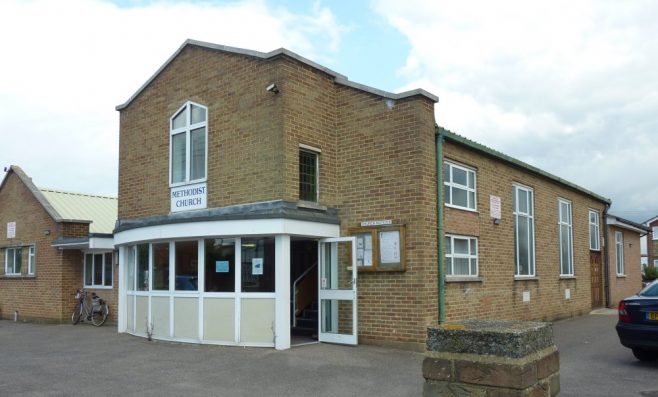 When it seemed that the minutes from the inauguration of the Church Council in 1974 to those of meetings commencing in 1985 had been mislaid, they were found. The Church Council, which replaced the Trustees’ and Leaders’ Meeting, first met on the 21st May 1974. The Rev Ian Field presided and explained the functions of the Church Council. The membership of the church at that time numbered 63 full members. The church was immediately seized with the opportunity to share with the other churches on the island in responding to an offer from the Rev. Trevor Dearing, vicar of Hainault, to conduct a series of services at The Paddocks between September 1974 and January 1975. In another initiative the Neighbourhood Committee of the newly formed Church Council brought to a meeting of the council on the 15th February 1975 a suggestion that the church should engage in outreach, by visiting the neighbourhood and distributing leaflets. It was also suggested that copies of the New Testament should be presented to homes connected with the church. When the Church Council met on the 21st October 1975 it was reported that the visitation of the estate had been completed. There were no obvious visible results, but a follow-up visitation ought to be planned.

The church seemed eager to fulfil the ministry of Christ where it was. A small extension to the premises was completed in 1976. The church had also engaged in a “One Step Forward” campaign. This had lasted for eight weeks and the Church Council on the 27th February 1978 agreed to extend this by another four weeks and discuss embarking on a second phase. Later that year it was announced that new arrangements would be made for ministerial oversight. For one year the Rev Ian Field would have Canvey, Hadleigh and Belfairs as his pastoral charge. In 1979 Canvey would be linked with Benfleet and Thundersley. At a Church Council meeting on 24th April 1979 the Rev. Irene Gibbs said how encouraged she had been by the increase in congregations, both morning and evening. In her visitation of new people coming to church she had been told how welcoming people thought the church had been. There was good news, too, about the “After 8” Youth Group which met following the evening service. Colin Turner also spoke about the growth of the Bible Study and Prayer Fellowship. These and other factors were mentioned at a Church Growth Meeting on the 6th May 1985, which was attended by members of the five house groups. As a direct result of this meeting a statement was agreed, setting out the major points which had arisen. 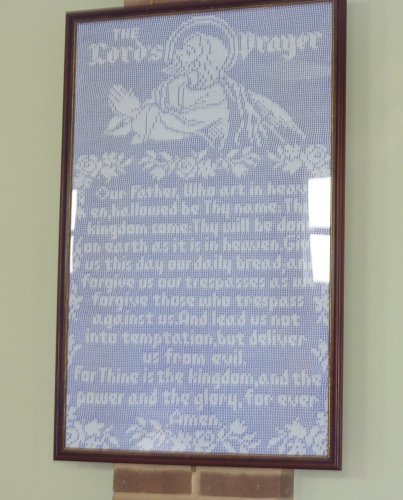 Average collections were reported as £67.5.0., but a year later they had risen to £71.00. There was an evident concern for the church to participate in the community and in relations with other churches on the island. The minister, the Rev, Irene Gibbs urged the church members to join with other churches in building up the spiritual life on the island. There was also support for the Guide Posts house which provided accommodation for people entering the community after psychiatric care. At the Annual General Church Meeting in April 1985 there was certainly a mood of hopefulness, despite a falling-off of children in the Sunday School due to other attractions and a lack of encouragement at home. Brownies were “flourishing”, Guides had a new leader, the Wives Club with 58 members was “thriving” and the Ladies Fellowship was “greatly blessed”. The Tuesday Fellowship welcomed outside speakers, with the minister attending once a month. Four house groups were meeting and the Youth group “After 8” was maintaining its numbers and three were becoming church members.

A matter which was helpfully discussed over a period of time was the relationship of children in the Sunday School to the morning service. At a Church Council Meeting on the 10th June 1985 it was decided that as from the first Sunday in November the service would commence at 10.30am with children participating for the first ten minutes. This would be for a trial period of six months, but it became the established pattern. As in many churches there was a constant concern to establish an effective Youth Club. Abortive attempts had been made, but at the Annual General Church Meeting on the 18th February 1986 the Rev. Irene Gibbs encouraged the formation of a club confined to members of “After 8” and the Sunday school, with the prospect of later opening membership to others. She expressed concern that apart form Mrs. Cathy Turner no other persons mentioned had experience in youth work. Mrs. Turner thought it would be a mistake to spend much money on equipment until the degree of adequate support had been achieved. A final decision was postponed until a meeting on the 28th April 1986 when it was agreed. 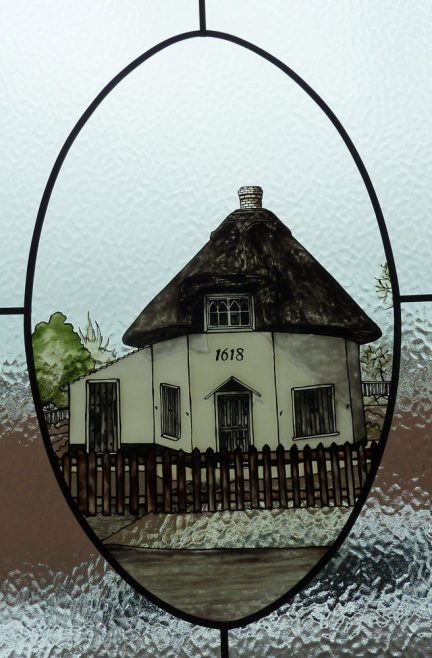 A step of considerable importance to the future of the church was taken at a Church Council meeting on the 22nd February 1988 which was attended by the Superintendent minister, the Rev. Malcolm Clark and three circuit stewards. The Superintendent explained that the circuit had decided to encourage the creation of a “pastoral presence” in as many churches as possible in the circuit. Three churches, Hockley, Belfairs and Hadleigh now had Lay Pastoral Assistants. It was suggested that such an appointment should be made at Canvey, but until the Circuit Meeting had approved this would have to remain confidential. This would mean an increase in assessments of £85 per annum, but support would come from the circuit and grants would be available. On the 8th June 1988 the proposal to appoint a Lay Pastoral Assistant was put to the meeting by a circuit steward. Miss Brenda Gutberlet was appointed for a period of three years and the Benfleet church had offered to underwrite the appointment with a grant of £250.00

There were many signs that the church was making encouraging progress. On the 12th June 1989 the Church Council was told that the balance-in-hand on the Church accounts was £9,460 with about £8,000 in the building fund. The average collections on Sunday were £90.00. In March 1991 it was reported that the Youth Club was “Going very well” with eighteen members. It was also proposed that another Cliff College mission should be arranged and a working party was set up to bring proposals. 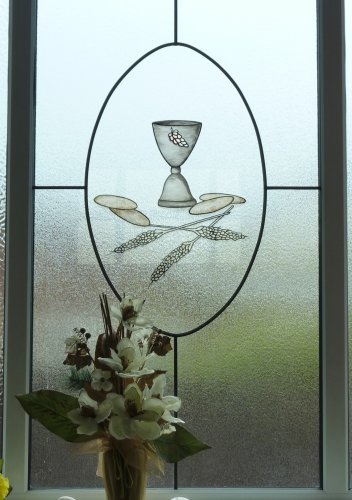 A major matter began to preoccupy the Church in the early 1990s. At the Annual General Church Meeting on the 25th April 1993 the question of the property was discussed in groups and their views were reported to the full meeting. There was a consensus in favour of a reversal of the church Sanctuary to the stage area, an improvement of the entrance and the front of the church, a comfortable room for counselling and one-to-one meetings, and more hall space for use by organisations to eliminate the use of the church for anything other than worship. These improvements could be done in phases as funds became available. The prospects did not seem bright when it was reported to the Church Council on the 28th June 1993 that the property and maintenance account was overdrawn by £1,743.21. There was however a balance in hand of £6,411.66. A sub-committee was formed to consult with the architect about improvements to the premises. In October it was reported that the sub­committee had discussed the matter with the architect who promised to produce plans. At a Church Council meeting on the 2nd December 1993 it was reported that the estimated cost would be £80,000 plus VAT. The sale of land at the side of the church was tentatively suggested at a possible price of £34,000. When the annual General Church Meeting was held on the 6th March 1994 the Rev. Bob Richards reported that the present costings for the improvements was about £63,000 plus VAT. With furnishings and other expenses it was expected that the final cost would be between £85,000 and £100,000. The revised scheme was approved. 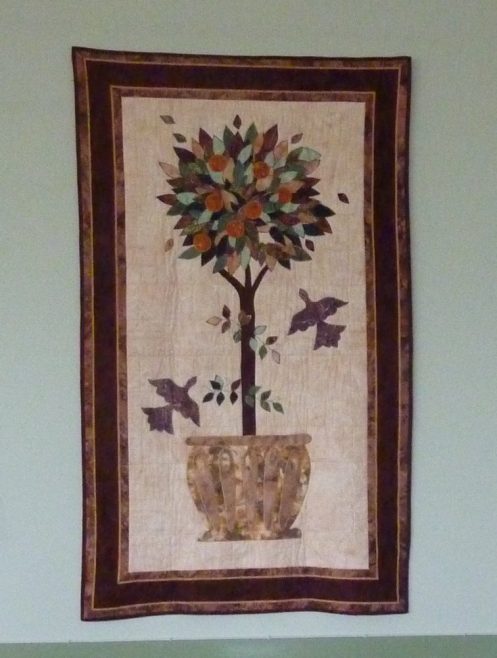 On the 11th April 1994 an extraordinary Church Council meeting was held to decide whether to embark on the whole scheme or in phases. By a vote of 11 in favour and two neutral it was decided to adopt a phased scheme. This would involve improving the entrance and front of the church and the provision of an extra room. A fund-raising target of £30,000 was adopted with £10,000 in hand. A fund-raising committee was appointed. At a church council meeting on the 27th February 1995 the Rev Bob Richards asked for agreement that the schedule for improvements be sent to the circuit meeting. The balance in hand at that stage was £19,252.36. When the Annual General Church Meeting was held on the 30th April 1995 it was reported that the Property Division in Manchester had seen the plans for improving the front of the church, but had misgivings about the area of glass, bearing in mind hazards and vandalism. There was a request for the complete plans, but agreement to proceed in stages. It was thought that the grant for the first phase would be about £3,000 from the circuit and further grants from the Rank Trust and Manchester. With the fund standing at £19,590 a further £6,000 to £7,000 was needed. In October it was stated that the plans were with the planning department of Castle Point, and when approved would be sent out for tender. A Church Council meeting was held on the 6th December 1995 to receive the response. The Planning Department was not happy with the submitted plans and had withdrawn preliminary consent. On the 31st January 1996, the Rev Bob Richard reported on a meeting he had had with the chief planning officer, who outlined the changes he would require before consent could be given. The architect Mr Bernard Gooding was asked to prepare revised plans and discuss with the planning officer what would be acceptable to him. One provision being required was a carpark of 13 spaces.

At a meeting a month later revised costings were reported amounting, with VAT and professional fees, to £118,000. A major review was made on the 19th September 1996 when the Rev. Nick Jones presided at his first church council meeting. Originally three schemes had been proposed. 1. A whole scheme costing £160,000; 2. A scheme costing £106,407 and 3. Costing £119,461. Revised figures from the quantity surveyor provided for a IB. scheme costing £127,125 and this was approved. Later it was decided to embark on the whole original scheme which was finally costed at £169,000. On the 22nd February 1997 the church was closed to enable the contractors to move on to the site the next day. For the period of the work the church was offered the hospitality of Winter Gardens Baptist Church on the Island. The expectation is that the refurbished church will be opened and dedicated at the beginning of September 1997. The church has faith that the outstanding debt of £40,000 will be raised in the same fashion as in the past. The church believes in miracles. When letters went out to various charitable trusts a cheque for £18,000 came from one that was not known, except by name, to anyone in the church or circuit. The faith is that by attempting great things for God, the church can expect great things from him.