George Dagg lies in a grave on the western side of St Katherine’s churchyard. Who was he and what was his story?

George Dagg was born in 1862 in Southwark his occupation in the 1911 census was stated as wood sawyer in a joinery works.  He had married Sarah Alice Eaglen in Southwark in 1883. The couple lived in various addresses in the Southwark area where six of their eight children were born, four sons and a daughter.  About the turn of the century, 1900, the family moved to Portsmouth where another son and daughter were born.

In the 1911 census the family were living in Grafton Street, Portsmouth. Their eldest son William George who was then 27 was in the RFA, their second son, Herbert James then 24 was a Royal Marine. Next Joseph Henry 21 and Charles Frederick 17 were in the Royal Navy. Their eldest daughter Eleanor Eliza Charlotte was already deceased. The other children Nelly Beatrice, Albert Thomas and Gladys Sophia were all of school age. 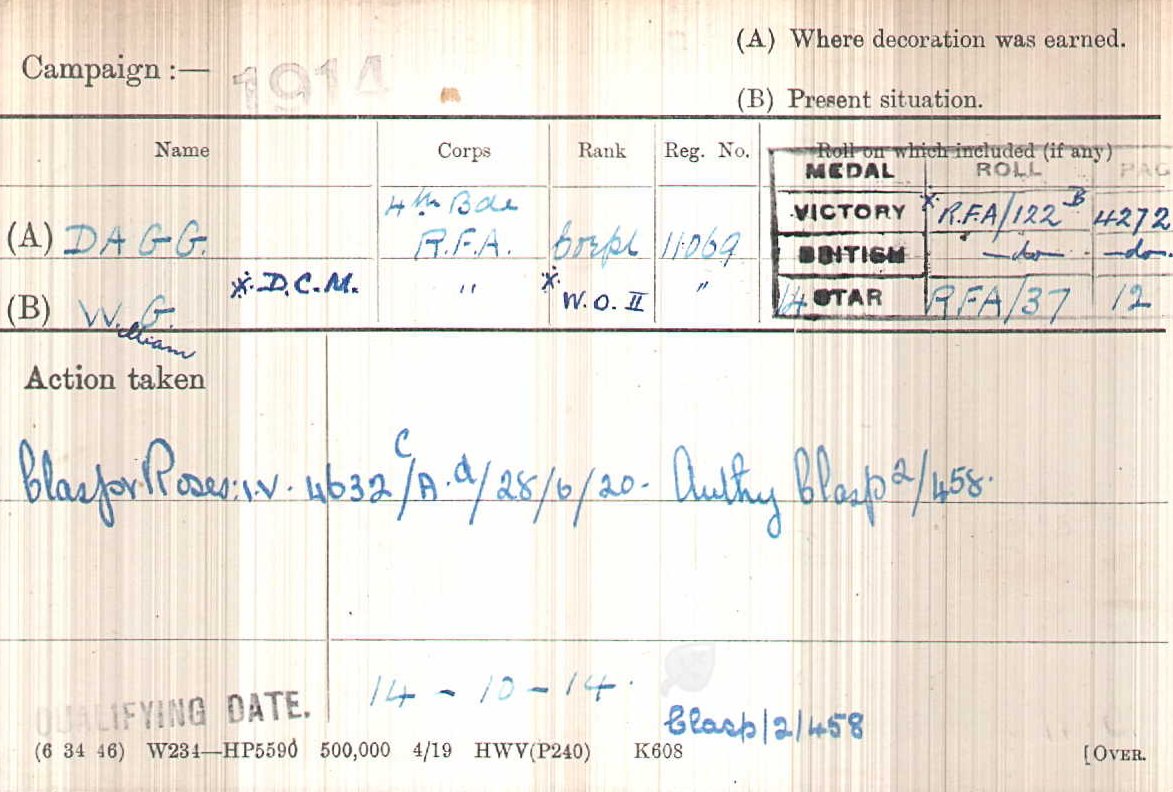 William George was awarded the DCM, his younger brother P O Telegraphist Charles Frederick, then aged 23 and married to Leah, was killed in action in the Baltic on the 9th June 1919 when he was station aboard HMS Lucia. At this time his parents George and Sarah still lived in Portsmouth. 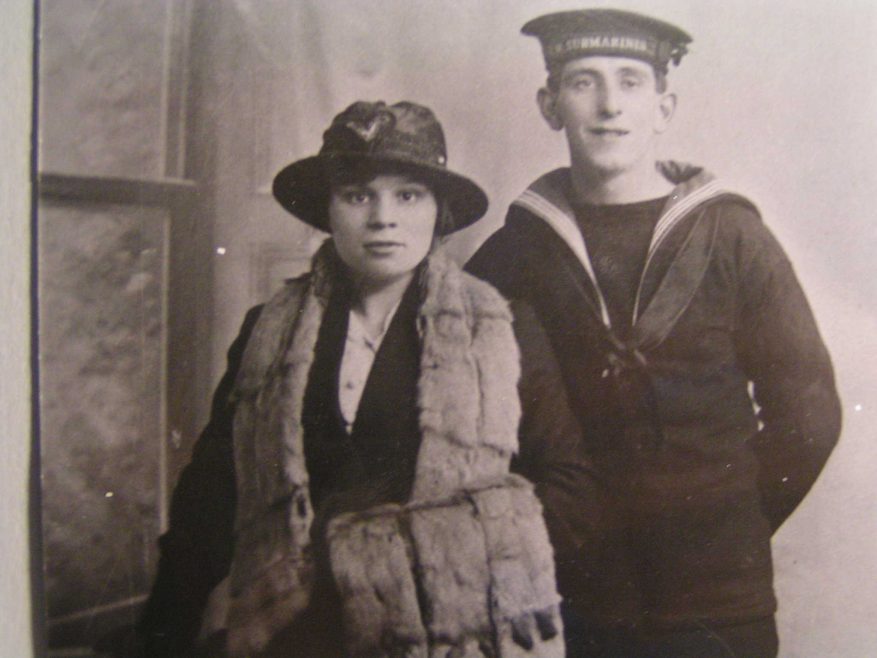 So what is the family connection to Canvey and how come George is buried here? The earliest record we have found shows George’s eldest son and wife, William George and May Margaret Dagg living at ‘Sophia Lodge’ in Maurice Road in 1924. Sophia Lodge was a bungalow made from poilite and was owned by Gregory Lenox. By the autumn of that year William had bought the property. ‘Sophia Lodge’ was situated on the west side of Maurice road, located on the south junction of Roserna Road and Maurice Road. We know they were there until 1929. 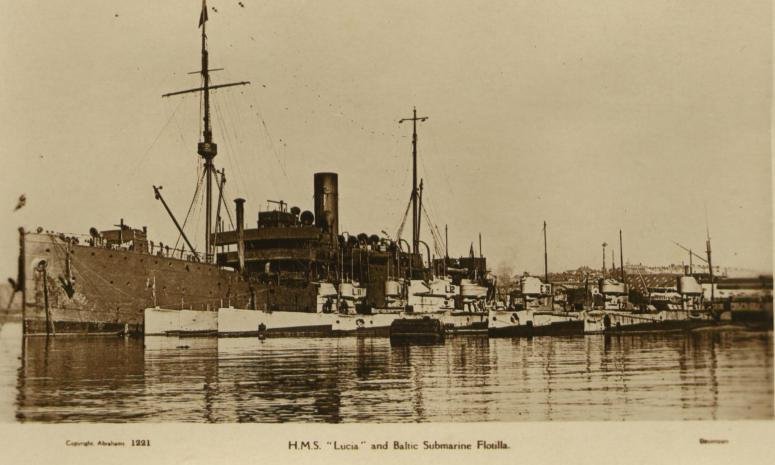 From 1925 the youngest son, Albert Thomas, can be found living at ‘Edoward’ in Beach Road, Arcadia Park. Apparently this was the second property on the east side of Beach Road.  He is there until 1926 turning up again in 1929 at Bond Stores in the High Street.

1927-1929 shows the second eldest of George’s sons Herbert James and his wife Rose Emma residing at ‘La Rosa’ in Beach Road. Herbert was shown as the owner. ‘La Rosa was on the west side of Beach Road opposite ‘Edoward’. 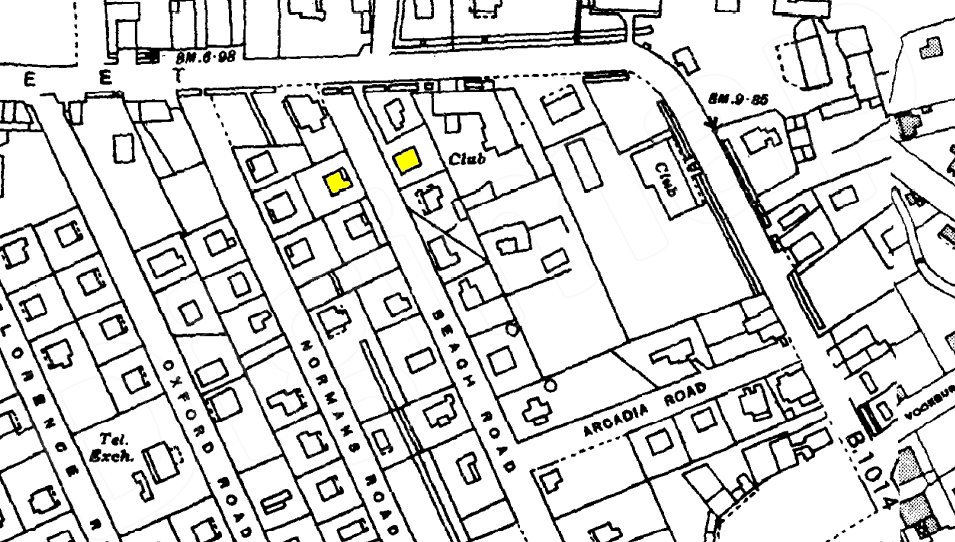 So in 1929 we know that three of George’s sons were living on the island. By 1939 none of them are recorded as being there but George and his wife Sarah are along with Herbert’s wife Emma. It is possible that Herbert was already involved with the war that had been declared a few days before.

George died in 1950 aged 88 and was buried here on Canvey. His wife Sarah Alice died the following year and her death is recorded in Portsmouth where she must have gone following George’s death.

We do not know any other details of the family’s life on Canvey during those years so would love to hear from any family members. We believe at least one son stayed in the area as Herbert’s death is recorded in the Southend Register in 1974.

Many thanks to Martin Lepley for the additional information.