Killed by a splinter 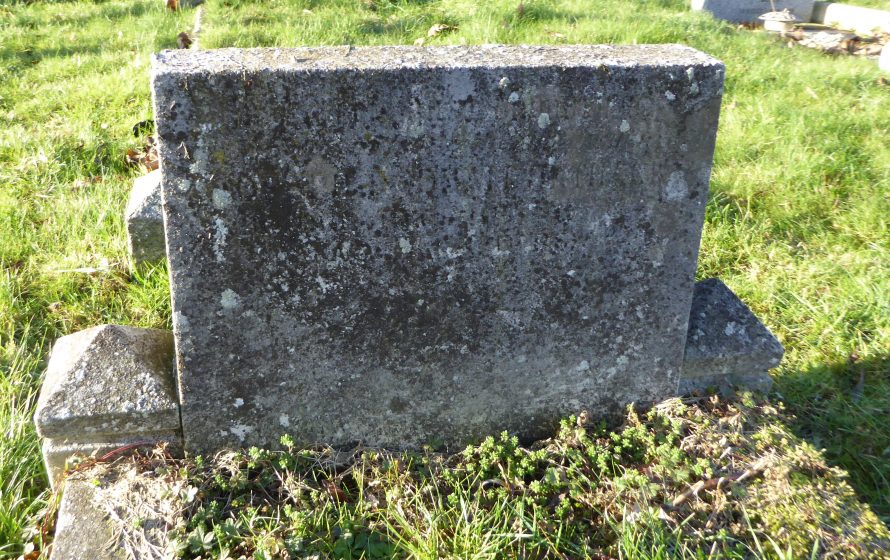 To the east of the Heritage Centre lays a marked grave, unfortunately like many headstones in St Katherine’s Churchyard this one is barely readable. But we have been able to identify the man who is buried here.

His name is Joseph Rodham Unthank, born in Woolwich in 1887 to Joseph and Alice Unthank and died in Southend Municipal Hospital in 1934. 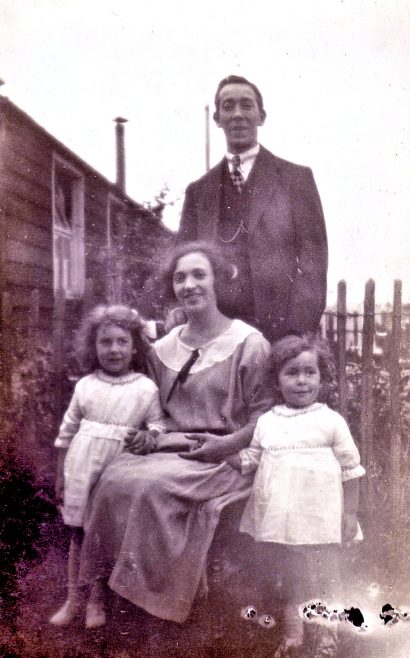 Joseph with his wife Vin, his daughters Thelma (Ginny’s Gran) left and Audrey (still alive at 95) on the right.

Joseph had followed his father’s trade as an Engineer and in 1911, when the family lived in Custom House, London he was recorded as being an Engineer Fitter, Turner, at a mat factory.

Later that year he married his first wife, Mary, who died two years later. Joseph married his second wife, Vingenda Titesco, in 1918 in Plumstead and can be found at various addresses from 1922-1932 in the Newham area.

At this moment in time we have found no record of him on Canvey before his death. We can confirm the couple were not in the 1929 Electoral register.

A message from his daughter, Audrey (still alive at 95) tells us ‘They moved to Canvey Island for his wife, Vingenza. She didn’t have very good health so he thought it would be better for her to live by the sea.’

It appears he probably stayed in London for work and came to Canvey when he could.

The family tell me he worked for Cross and Blackwell and that he had an accident at work, some sort of bad cut and he died from septicaemia. In was in fact a splinter in his thumb that had turned poisonous. There was talk of amputating his thumb but his condition deteriorated quickly then it was too late to do anything.

We have an article from the Chelmsford Chronicle from 1934 stating he died from a poisoned thumb. (see article below) The couple lived at 10 Labworth Road and his wife continued living here for some time.

Many thanks to Ginny Luck and her Aunt Audrey for the photos and additional information. 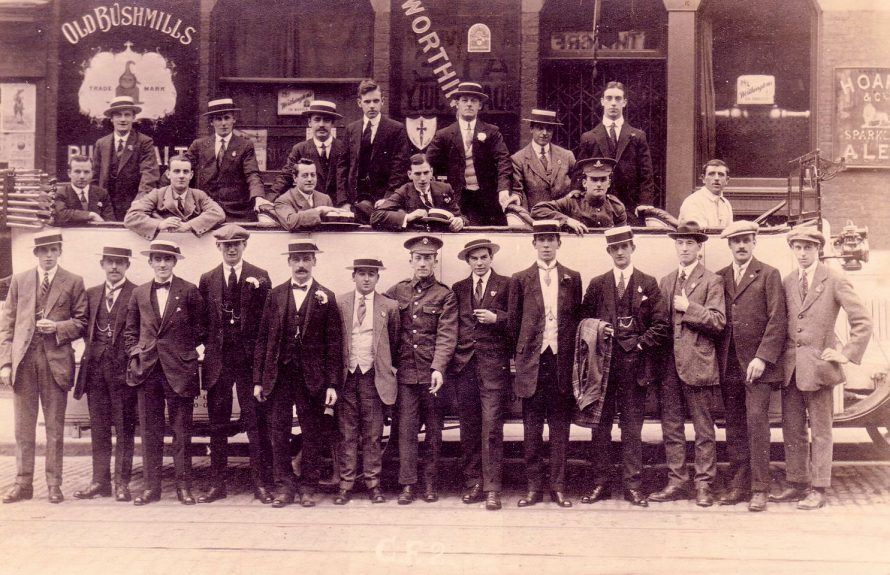 A younger Joseph 5th from the right. Not sure where or when taken but possibly a works outing.