There are three graves in St Katherine’s Churchyard from one family, the Larkin family. Arthur Albert Larkin and wife Adeline, his parents Arthur William Larkin and his wife Olive and Arthur William’s brother, Robert. We do not know when the family came to Canvey they do not appear in the 1918 or 1929 Electoral registers although there are several people with the surname on the island in 1929. Our interest was piqued when we learnt that Arthur Albert Larkin had been a POW during WWI. 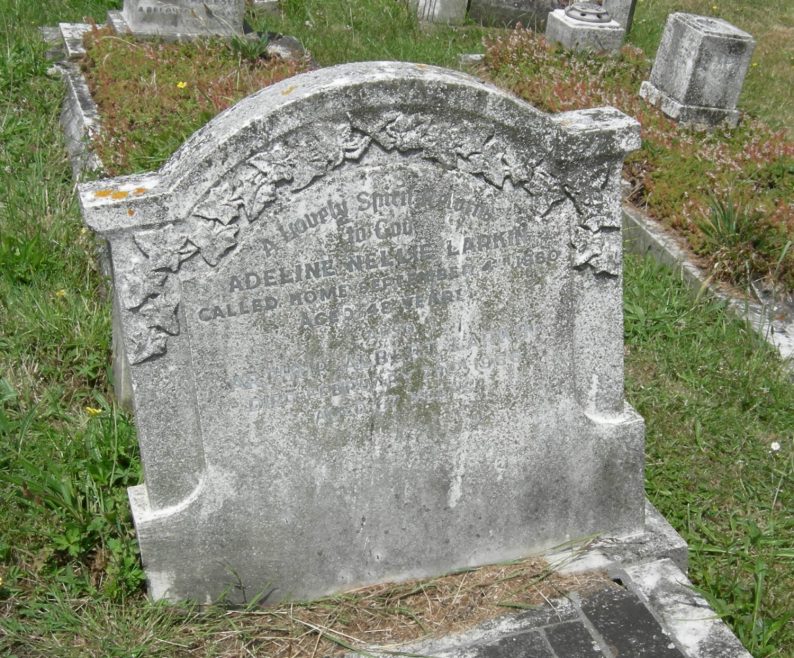 As a young man of 18 years and 137days (according to the records) Arthur Albert Larkin enlisted as a learner driver on the 15 March 1917 he actually joined on the 5th June 1917 and eventually transferred to the Northants Reg. later that year. He was sent to France in April of 1918 being reported missing on the 10 June 1918. It was later learnt that Pvt Larkin was being held as a POW in Germany from 27th May 1918 till 1st January 1919. After his repatriation Arthur was discharged on the 28th February 1919. What must it have been like for an 19 year old as a POW in Germany at that time? How did it affect his future life?

If anyone can tell us more about the Larkin family please comment below.