You are here: HomenextPlacesnextChurchesnextOur Lady and the English MartyrsnextThe building of a Catholic Church

The building of a Catholic Church 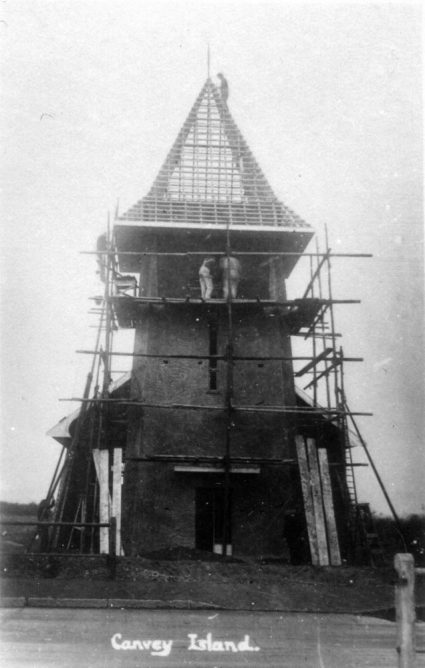 In September, 1930 Islanders wrote to the Bishop asking for a local church. A site was generously given in Long Road by Mr. A.M. Clark. The late Mr E.E. Lawrence, designed an outstanding building, steel framed, with brick walls and with a roof of green, glazed tiles. It seated 400. On March 12, 1937 Father Gilbert blessed the ground sprinkled it with holy water and cut the first sod. The building was opened on Whit Monday, 1938. It was serviced from Leigh until Father John Watson took over after the war in 1947.

Taken from ‘Chronicles of and Island’ by Fred McCave which was published in the Bulletin February 1981.

More can be read about the church here