With help from Peggy Greenwood

Peggy Greenwood’s late husband moved to the Island when he was four years old along with his brother Peter. The family lived in Atherstone Road. John’s brother David was born here and a sister Jean came along in 1947. Peggy herself did not move here until after the floods and lived in Central Avenue. 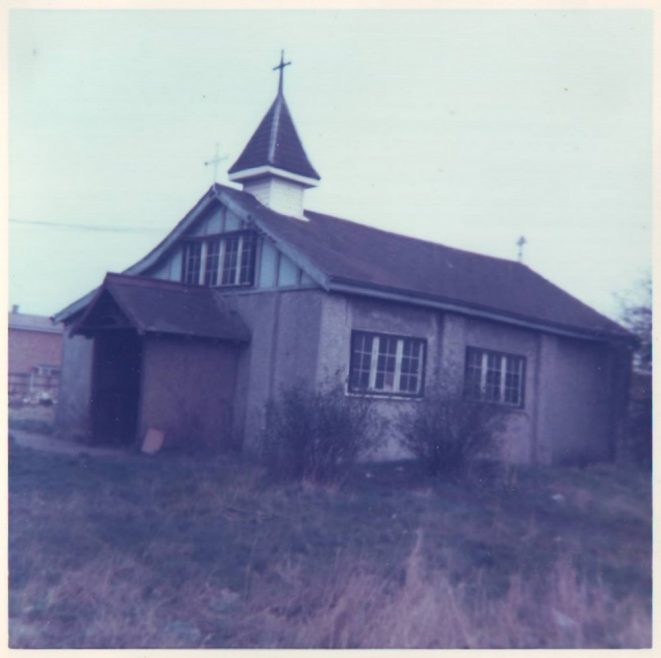 The night before St Anne’s Church was pulled down

Peggy was a member of the Red Cross for 30 years being both an Instructor and Commandant in that time. She met her husband, John in 1956. Peggy and her sister Marion were members of the Pompadour Drama Group and put on shows at the War Memorial Hall. Other members were Rupert Ives (Shoe Shop) and his wife Pat and daughter, Julie. Peggy’s sister, Marion, Peggy and Ernie Martin and Ken and Evelyn McQuarry (Fireman and mobile Shop). There was an old barn at Smallgains where they used to store all the scenery.

John was involved with St Anne’s from the age of eight with Peggy getting involved since 1964. Peggy’s father built two bungalows near the church in St Anne’s Road and Peggy and John moved into one and her sister lives in the other. Over the years John and Peggy have been heavily involved with the church both being churchwardens at some point.

W. Marston Acres in his book ‘Canvey Island and its churches’ describes St Anne’s church and the reason it was built. 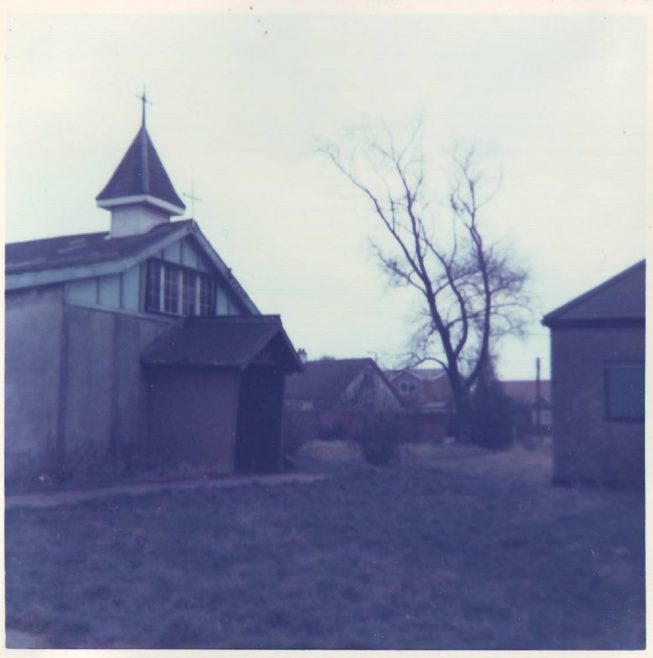 The night before St Anne’s Church was pulled down

‘In 1900 the resident population of Canvey did not exceed 300, but building development at the east end of the island early in the 20th century necessitated the provision of church accommodation in that area, and a site at Leigh Beck having been given by Mr A M Clark in memory of his parents, a Mission Church was built there under the supervision of Mr L Wood of Grays. On the 5th November, 1910, the church was opened for worship, the Bishop of Barking (Thomas Stevens) performing the ceremony. It was subsequently decided that the building should be dedicated to St Anne.

The church, which is constructed of ferro-concrete, consists of chancel and nave under one continuous roof, and a north aisle with a vestry at its eastern end. The bell, which hangs in a small turret above the western entrance, was placed there in 1911 to commemorate the Coronation of King George V, this fact being recorded on a brass plate affixed to the south wall of the nave. Three painted panels which originally formed the reredos now hang on the west wall, and nearby is a small stone bowl on a wooden stand which serves as a font.

In the sanctuary is a simple wooden memorial containing the names of 14 men who gave their lives in the War of 1914-8; on the south side of the chancel are memorials to William Budd, Churchwarden (d1917), and to R J H Monteith, lay reader (d1913); and on the west wall is an oak-framed tablet commemorating Ebenezer Joseph Mather, founder of the Royal National Mission to Deep-sea Fishermen, who died in 1927.’

The story of Ebenezer Mather, founder of the Royal National Mission to Deep-sea Fishermen can be seen on another page on this site, but I understand from Peggy Greenwood that he was very well known at St Anne’s where he was a worshipper. He was responsible for the building of the porch at the entrance to the old church, which can be seen in the pictures taken the night before it was demolished. The oak-framed tablet commemorating Mather mentioned in W. Marston Acre’s book was removed at the time of demolition and is on permanent loan to the Fisherman’s Mission. We are hopeful that we might at some point get a picture of it to add to the site. Mather died in 1927 and is buried at St Katherine’s Churchyard where unfortunately his grave is in need of renovation. 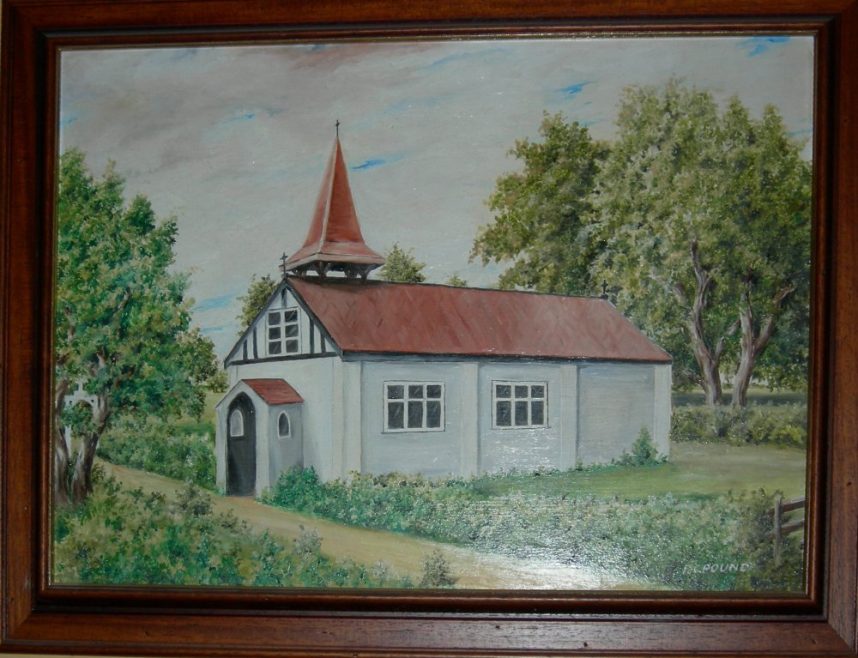 The church was surrounded by land and eventually became the target of developers. The builder offered to build a new church in exchange for the land. The new St Anne’s church was dedicated on the 23 November 1974 by the Bishop of Bradwell. Despite the somewhat plain looking building Peggy and her fellow church members have tried to make it a pleasant place to worship as can be seen from the picture of the interior in the gallery below.

On the wall inside the new church is a very good painting of the old St Anne’s which was painted by F C Pound in the 1980’s. It was given to Ethel Allbut, who when she died bequeathed it to St Anne’s Church. 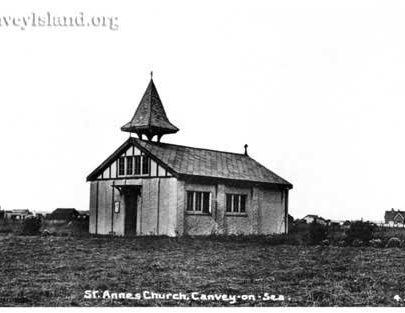 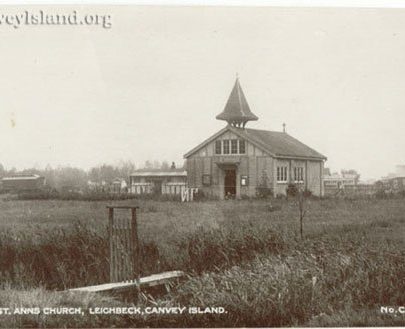 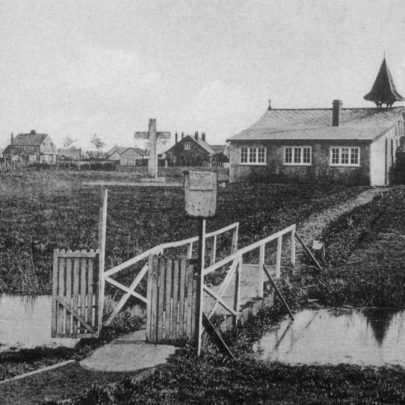 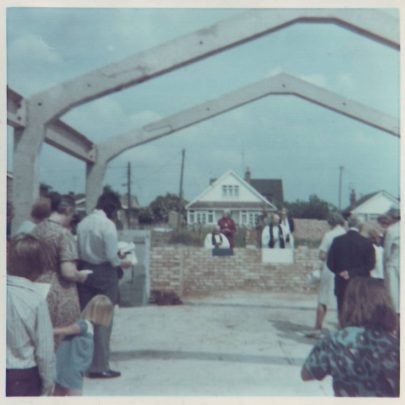 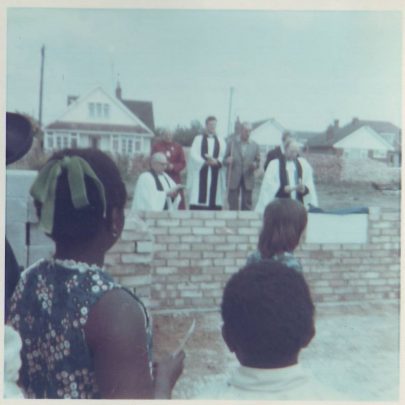 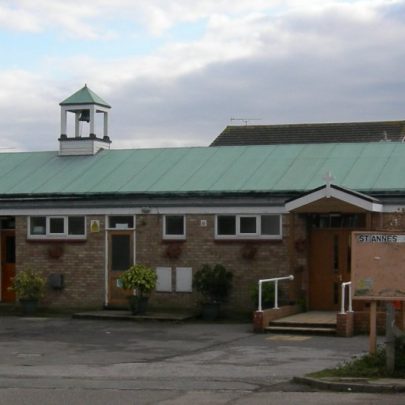 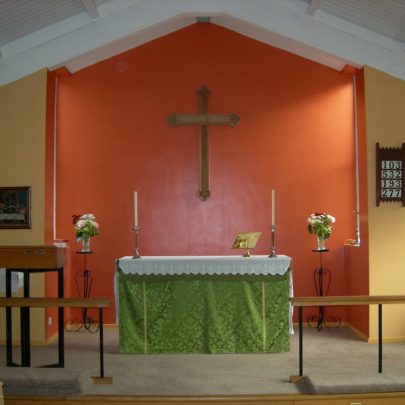