A safe distance from the gunpowder 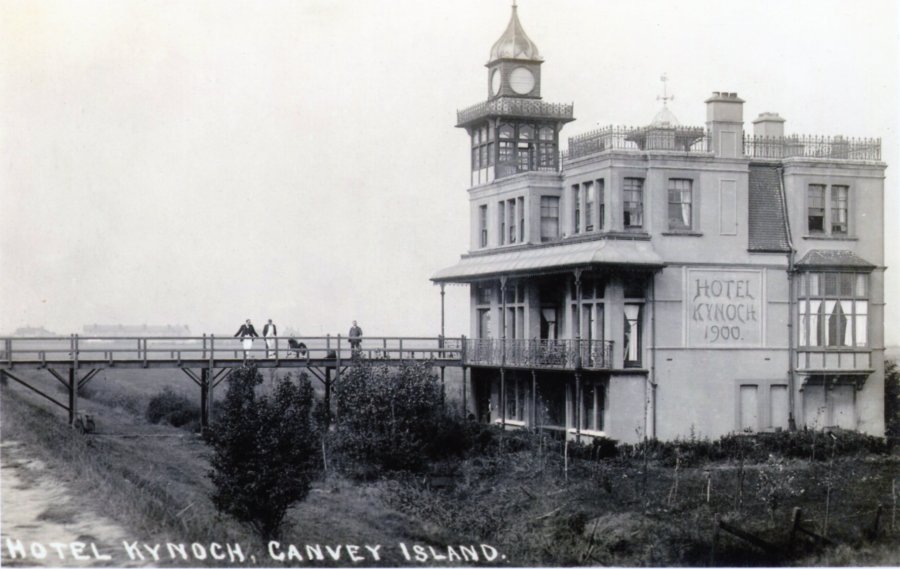 It might have been the Victorian class system at work or perhaps a more basic sense of self preservation that led to the building of Kynoch’s Hotel on Canvey Island.  Either way the proprietors of ammunition firm, George Kynoch & Co., preferred to spend their nights in their own purpose built hotel in a relatively remote part of Canvey rather than rest their heads next to the explosives factory on the mainland.

In the late eighteen hundreds transport of explosives on the Thames was restricted and so storage hulks were licensed in the waters of Canvey to store large quantities of explosive materials away from the population.  More than a dozen hulks were sited between Hole Haven Point and Pitsea, the majority of which appear to have been on the Canvey side of the Creek.

Close access to the storage magazines prompted Birmingham-based George Kynoch & Co. to construct a munitions factory on the site of a former farm to the west of Canvey. It commenced production in 1897 and while some workers journeyed to and from Canvey, hundreds of employees were housed in a new village called Kynochtown. This later became Corytown and then Coryton where, until recently, the oil refinery was sited.

The company also purchased Brickhouse Farm on Canvey Island, effectively giving them ownership of a large estate straddling both sides of the Hole Haven Creek were the hulks were moored.  It was on this site that the Kynoch Hotel was completed in 1900 for the use of the company’s directors and their business associates.

As the crow flies the factory was not far away and presumably could be easily reached via a short boat trip.  By land, a visitor would have had to travel via Benfleet to Canvey Village, down Haven Road and then along a track running alongside the sea wall.

The hotel was sited well away from the factory and any immediate consequences of a potential accident from handling explosives. The cynical might also suggest that it was built far away from the inquisitive eyes of factory employees, their families and any conservative souls with strict Victorian attitudes who might have been part of the Kynochtown community. After all, this hotel was specifically built for the dignitaries of George Kynoch for themselves and their guests who could be entertained in style and seclusion.

Kynoch’s Hotel might not have boasted the eccentricities of the Ozonia Hotel constructed some 40 years later but nevertheless its solid appearance was not without quirks and part of its history is shrouded in a certain murky reputation. 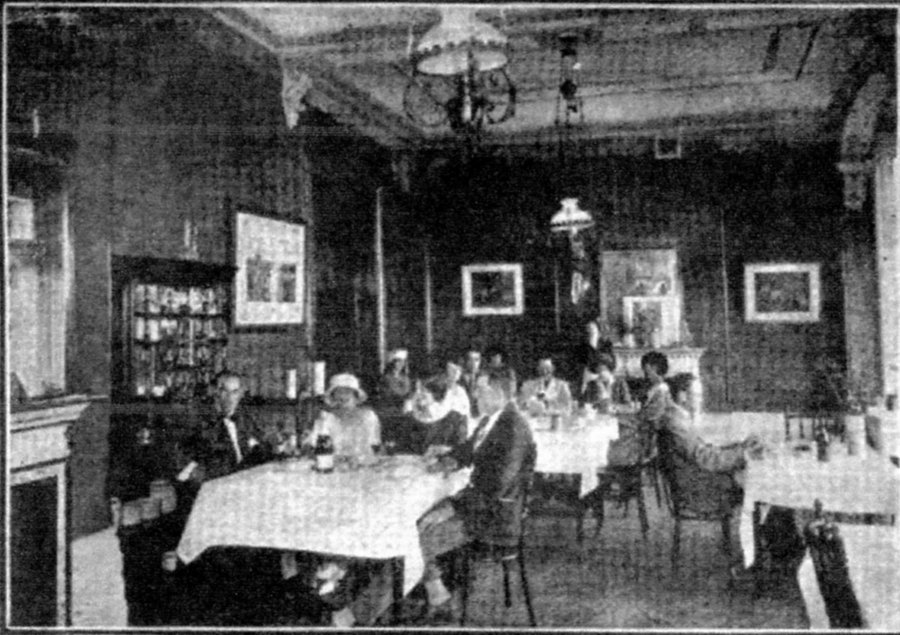 Structurally it was conventionally built of brick and stone. It had a flat promenade roof and an observation dome for excellent views over the Thames and Kent.  From the first floor there was a walkway to the sea wall allowing such occasional ‘traffic’ as there might have been in 1900 to pass underneath.  Apparently the hotel boasted a renowned sewage disposal system which drew many interested observers at the time.  Details of the system are not clear now but it appears that waste was pumped up and over the sea wall and into the sea.  Perhaps the pipework was camouflaged as part of the walkway’s structure.

The cost estimate for this palatial hotel had been £2,000 but evidently the directors allowed this expenditure to escalate closer to £8,000.  As can be seen from the picture, it featured a fine looking clock tower and yet the clock faces lacked any hands to indicate the time.  There was certainly a clock mechanism in the tower, removed when the tower was taken down in later years, but there is no explanation as to why the clock was not completed.

Tales suggest that the hotel had links to the Hell Fire Club whose membership was reported to have indulged in all sorts of immoral acts.   That may sound far fetched but who knows?  The participants of such events were unlikely to be advertising them in the parish magazine.

Whether or not the hotel hosted wild orgies there was clearly a very tranquil aspect to its character.  According to ‘Scott’s Illustrated Guide to Canvey-on-Sea’ by Ellen E Mann, which was for sale in 1906 for 3d, “The Hotel Kynock …commands the finest view in the Island of the great waterway to the Metropolis, together with the Kentish shore rising on the other side of the Thames. The merits of this hostelry…are undeniable, and a yachtsman harbouring his little craft at Hole Haven, can obtain for the modest tariff of two shillings an excellent table d’hôte luncheon. If the business or professional man wishes to find a “rest haunt,” to obtain complete relaxation for the mental or physical strain on his faculties, a week-end spent at the Hotel Kynock will certainly provide him the essential recuperation. This simple wholesome life far removed from the maddening din of the busy streets must surely appeal to him!”

It has disappeared from the landscape now but the Kynoch Hotel wasn’t immediately bulldozed after its heyday years as a ‘rest haunt’ for the tired businessman.  Minus the ‘non clock’ clock tower, promenade roof, balconies and walkway, the building served as offices for employees of the London & Coastal Oil Co. Ltd. in the nineteen fifties.