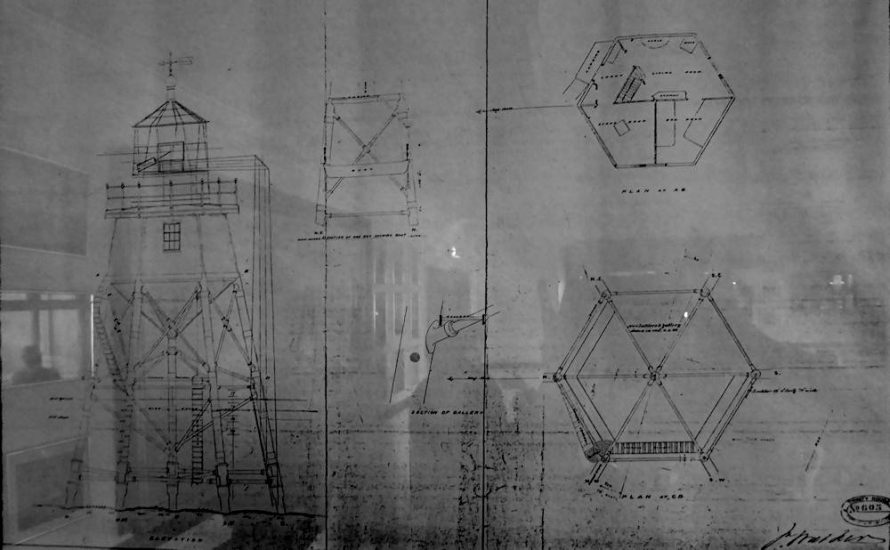 Britain’s ancient mariners returning to London, after facing the perils and dangers of the oceans of the world, still had one serious hazard go face after entering the comparatively safe waters of ‘Old Father Thames’. Having safely passed the treacherous Goodwin Sands and navigates the perilous approach go the Thames, without the benefit of all the navigational aids available to the seaman today, the Master of the Ships still had to contend with Chapman Sands. 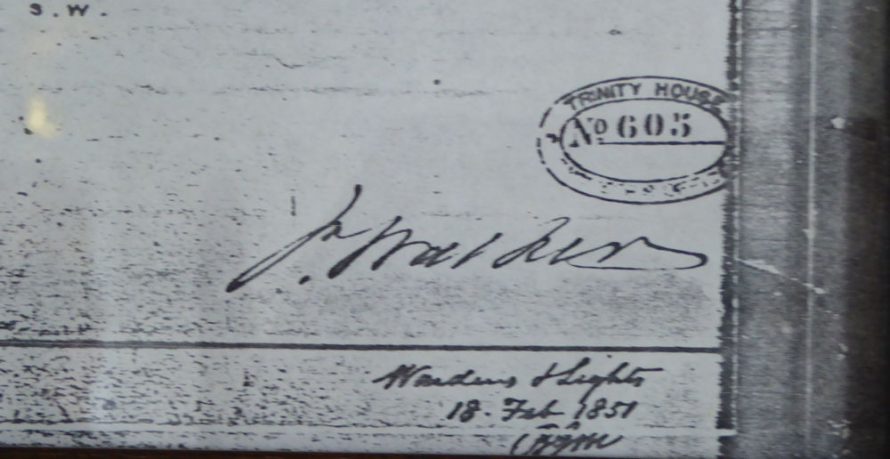 The date and signature for Trinity House

This dangerous shoal appeared on records at the start of the fifteenth century as “Chapmansond”, and was situated off Canvey Island.  It is known that there were wrecks on the sands and many attempts were made to improve the lot of those who sailed their ships up the river to London.

Around the middle of the nineteenth century the Masters of Trinity House were asked to place a permanent beacon on the edge of the Chapman Sands to aid seafarers in their progress up and down the river, and, in response to this request, the Brethren of Trinity House arranged for a lightship to be moored in this vicinity from 1847 until 1851.

At this time, Mr. James Walker, the Consultant Engineer to Trinity Hour was asked to prepare plans.

And supervise the erection of a small Lighthouse which would stand on the unstable bed of the river at this point. The result was a structure completely different to the well known Lighthouses around our coasts, and was built entirely of iron. The building was supported by seven tubular legs and the original plans show that these were screwed into the soft river bed to a depth of 40 feet. The light tower was some 50 feet above mean tidal level and housed a lantern which flashed a red and white light every ten seconds or so.  The red warning light showed through a blank arc on the seaward side (northside) and approaching vessels had to steer to the seaward of this signal. 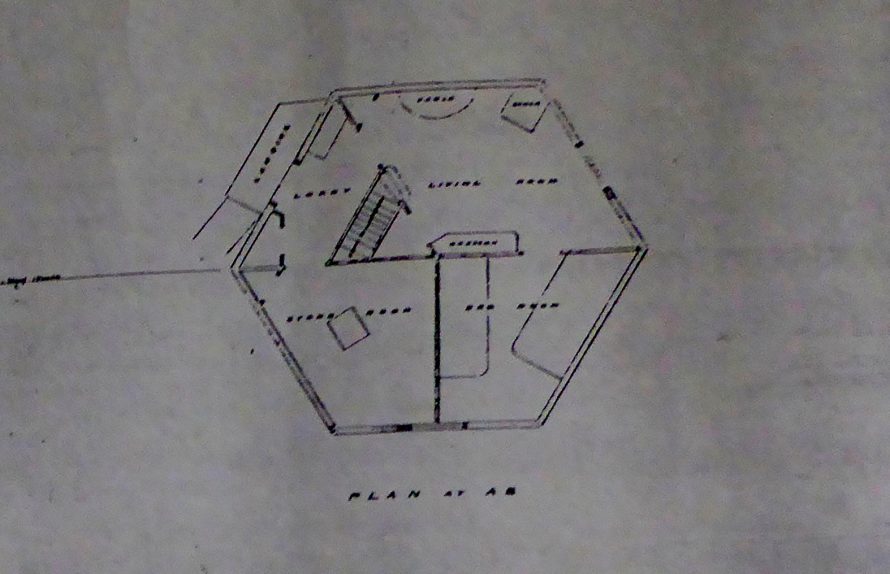 A small boat was suspended from the davits attached to the super structure which gave the keepers communication with the shore.  The Chapman Light was situated about 800 yards off shore from Canvey between Canvey Point and Hole Haven Creek and, for over 100 years it was a welcome sight to mariners returning home after spending many weeks, months or years on the high seas in many parts of the world. Local residents looked upon the lighthouse as part of their heritage and, what a sight it was. To watch the tall masted Clippers and the heavily laden Thames Sailing Barges passing the Chapman on the last part of their journey to the Port of London. 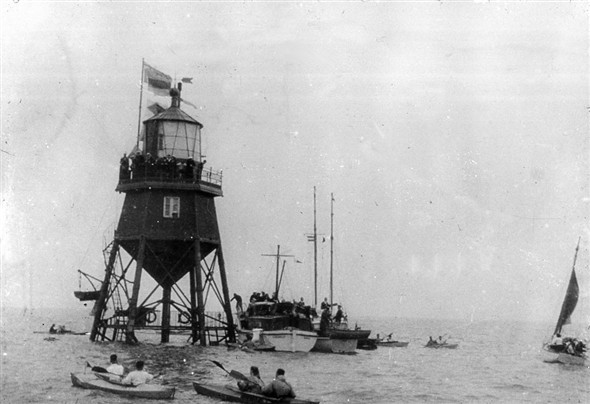 In 1951, to Celebrate the Centenary of the Lighthouse, The Island Yacht Club and Canvey Canoe Club presented a plaque to the Master of Trinity House and a thrilling ‘sail past’ of craft of all shapes and sizes was televised.  For many years several members of the Island Yacht Club sailed to the Lighthouse on Christmas morning with a hamper of goodies for the keepers.

Very soon after the Centenary celebrations it was discovered that due to the shifting mud and sand and corrosion of the metal legs the structure was in danger of collapsing and to the distress of many of the older residents of Canvey and, after a short farewell ceremony the Lighthouse was dismantles in 1957 after 106 years of active service.  All that remains now to mark the sands is an economical Bell-Buoy and for several years the memory of the Chapman Lighthouse passed into obscurity.  Happily, it is, in a small way on active service again, once more helping to save lives at sea. 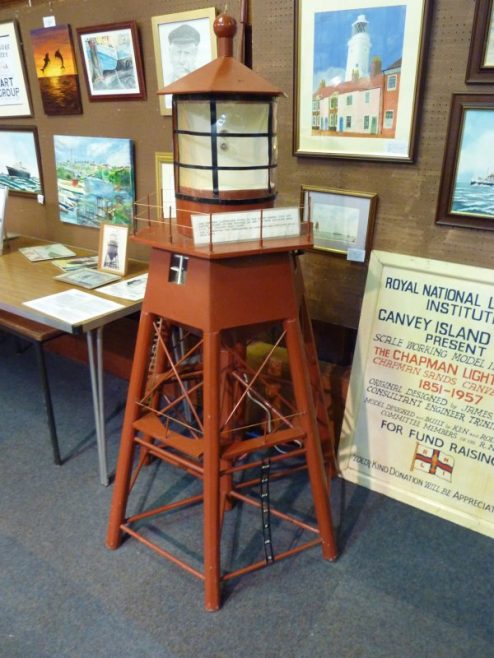 In 1976 a father and son team (members of the Canvey Island Branch of the RNLI) decided to build a fine model of the Lighthouse to raise funds for the RNLI and, in November 1976, the six foot high model was unveiled by the Chairman of the Council.

When it was known that her Majesty the Queen would be attending the Essex County Show, it was decided by the Officers and Committee to further perpetuate the memory of this lost part of our heritage, to ask her Majesty as Patron of the RNLI to accept a small silver plated model of the Chapman Lighthouse as a token of their respect and loyalty in this Jubilee year of the Queens Coronation.

The information regarding the history of the Chapman Lighthouse was information supplied by the Canvey RNLI. 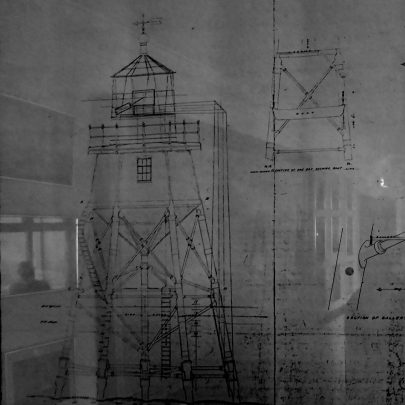 Close up of the Lighthouse 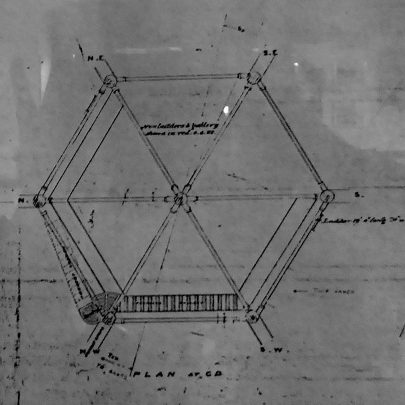 Looking down on Chapmans 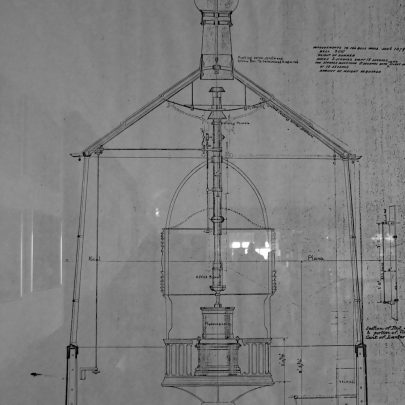 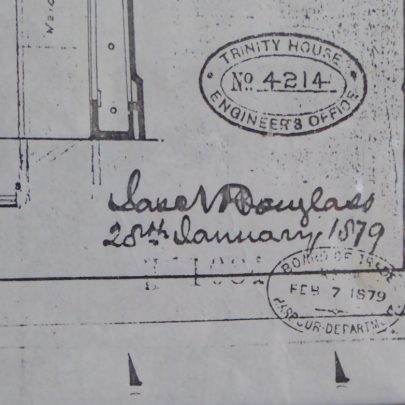