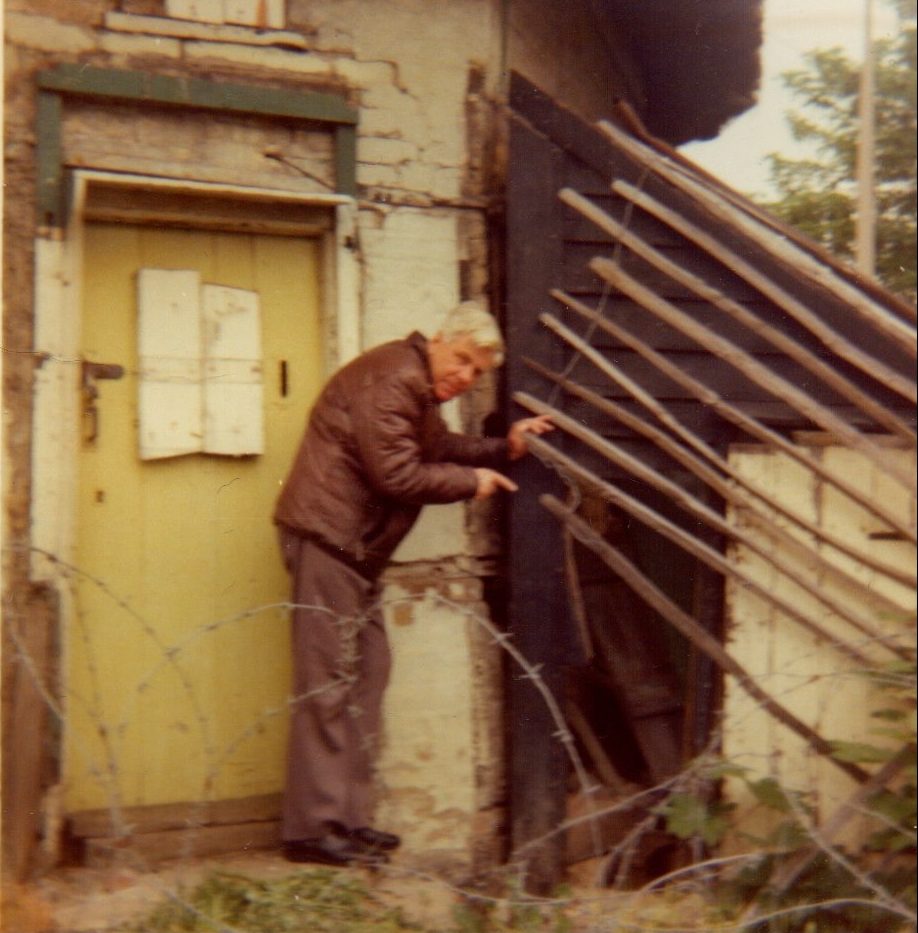 On the back of the photo is written, A.Stevens on an early reconnaissance mission.

In the early 1970s the Dutch Cottage in Haven Road was in a very poor state of repair as shown in this photo lent to us by Graham Stevens. In it his father Aubrey is showing just how bad the situation had become. A number of other Canvey notables including Dot Shaw and Ray Howard and others supported a campaign started by Fred McCave to help save the building. You can read more about this successful campaign here.