The Life and Times of MPU 52 in the words of John Gent.

Just after the War, Bristol could not fulfil all their orders so some of the Tilling companies took a few Leyland PD1s to fill the shortage. Fitted with E181 7.4Litre engines these Leyland chassis were married up to Eastern Coachworks standard Bristol K type bodies with a few detail changes (to the cab etc.) resulting in a rare and chunky looking bus. Eastern National took 18 of these but 12 were transferred to United Counties in 1952-53. In its early days MPU 52 was at Chelmsford and often worked on route 34 – Pitsea Station to Chelmsford via Ramsden and Stock. In the mid -1950s (thought to be 1957) MPU 52 along with the other five remaining ECW PD1s and three Roberts bodied PD1s (ex-City Coach) went to Canvey Depot which became an all Leyland fleet. These Leylands operated at Canvey for about 8 years until replaced by 27ft Lodekkas off the 251 route. MPU 52 worked out its last year or so from Hadleigh depot on schools and duplicate services. She was withdrawn from service in November 1964, the last full- bodied Leyland PD1 to go. In the same month John and Richard Gent bought her straight from service for £70 and moved her to a farm in Hockley.

In the spring of 1965 she was repainted, still in tilling green. Obviously inspired by the film ‘Summer Holiday’ the seats were removed and in went beds, a sink and luxury of luxuries, a chemical toilet on the back platform, closed in, of course. The French may have some curious toilet habits but we don’t want to give them ideas about the verandas on the back of their buses! Thus equipped they visited France, Germany, Italy, Austria and Switzerland as well as touring Scotland and most of Britain. In 1967 she climbed through the Grand St Bernard Pass on the Swiss-Italian border which at 9,200ft is almost certainly an altitude record for an Eastern National vehicle and testimony to the valiant Leyland Diesel.

After the formation of the Eastern National Preservation Group, MPU 52 was moved from Hockley to Canvey and parked at the rear of the museum building along with various other candidates for preservation. Although still running very sweetly the body was leaking badly. The years standing outside had taken their toll on the wooden framed body. Many buses built just after the war when seasoned timber was in short supply succumbed in a similar fashion. After stripping off the interior panelling wood-rot was discovered in the bulkhead and most of the lower frame. At this time restoration was not a practical prospect. Consequently she was moved to dry store accommodation at the Barn in Ongar.

It has often occurred to me that since the depot at Canvey was once one the few sources of employment on The Island there must be people living in the area who worked there in one form or another. Since MPUs return to Canvey on Wednesday 18th September she has already caused some interest among the local population. Passing by one evening, a retired E.N.O.C. employee recognised MPU 52 as the first bus he drove on starting employment at the depot in 1957.

The bus can still be viewed at the museum. 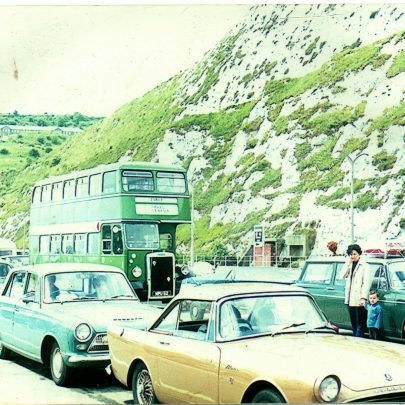 At Dover.
John and Richard Gent 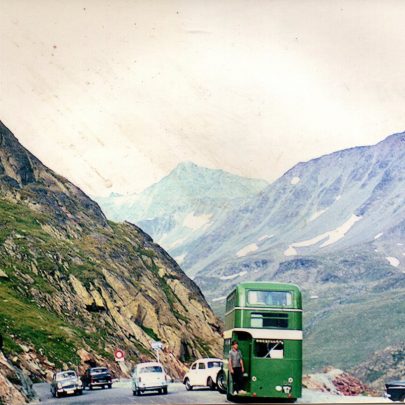 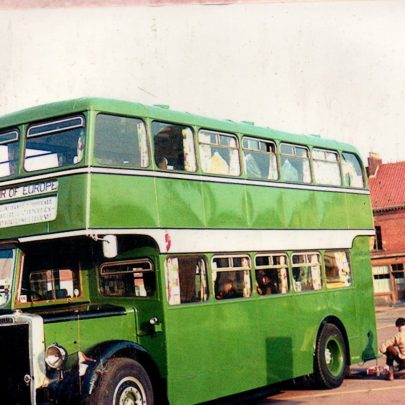 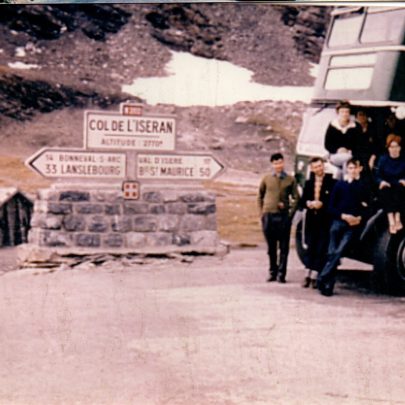 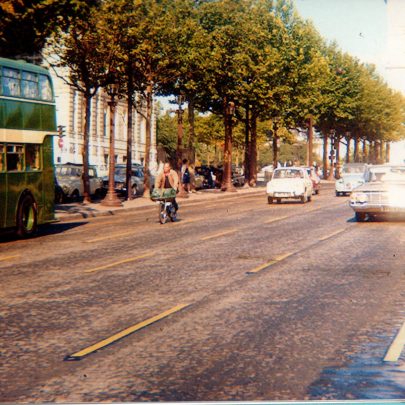 In Paris with the Arc de Triomph in sight.
John and Richard Gent 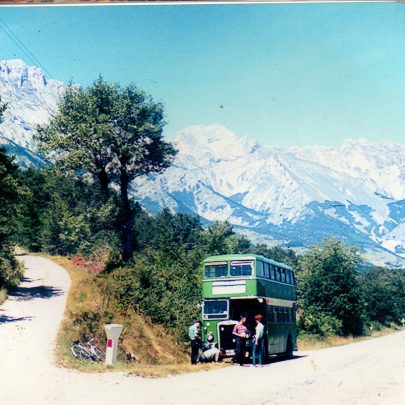 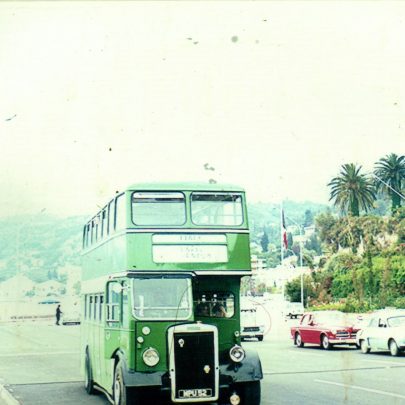 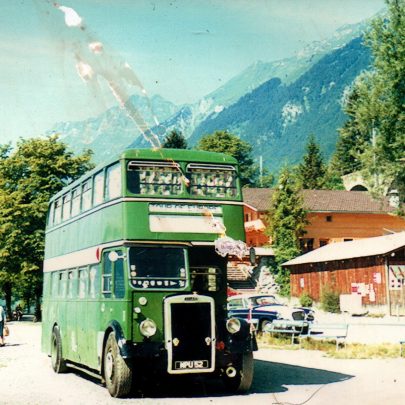 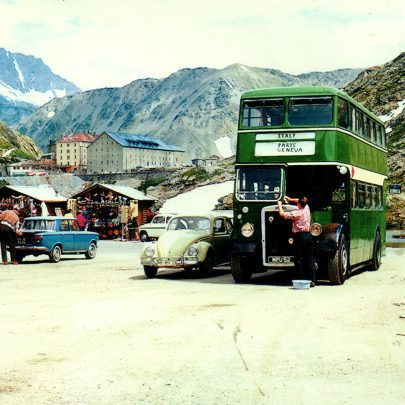 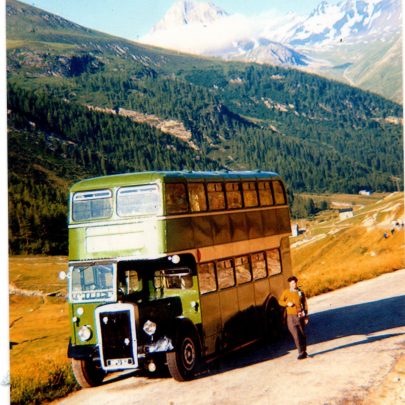