It's more than its impressive collection of buses 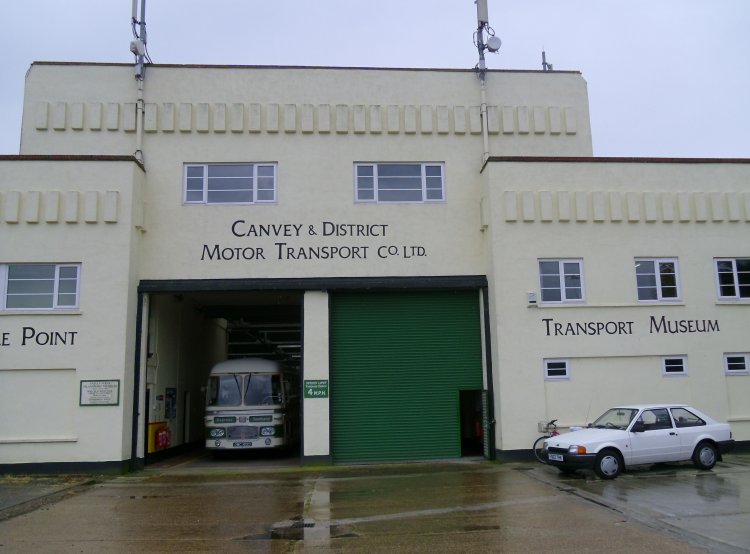 Timetables may be better managed these days but it was not that many years ago that the typical bus stop queue moan was along the lines of ‘You wait for ever and then two come along’. Forget two! If you want to see buses, Castle Point Transport Museum boasts more than a couple of dozen whose heritage ranges from the 1930s to the 1990s.

And it isn’t just buses. Indeed it isn’t just vehicles as this museum, housed in a landmark building, has a little something for everyone, with cabinets full of memorabilia of all sorts and even a model railway. 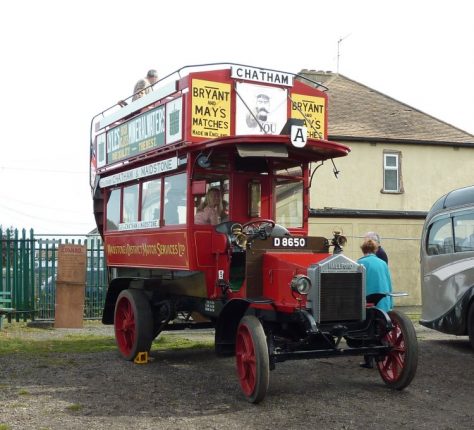 A visiting bus at the open day

Perhaps best of all, visitors enter for free although, in fairness, a contribution ‘in the box’ at the end of a visit for the Museum’s upkeep is always welcomed. Only for special events are charges made, such as the annual October Open Day when various displays of classic cars, motorcycles and all sorts of multi-wheeled transport are spread beyond the Museum to a neighbouring school’s grounds and Labworth car park on the sea front

Like so many of the Island’s museums, the Transport Museum owes its existence to the enthusiasm and hard work of volunteer members and donations from the visiting public. Putting aside London Transports’ museum housed in Covent Garden, a visitor would have to go as far afield as Ipswich or Lowestoft to find comparable collections. The vehicles are, of course, at the heart of the Museum but the historic building itself has required an enormous amount of work and investment. 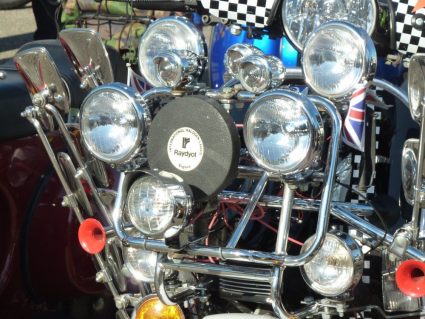 One of the motorbikes in Leigh Beck School on open day

To understand how the Island came to have such an impressive building to house its buses you need to step back to the early decades of the twentieth century. The Island had no bridge and public transport was operated by numerous individuals with evidently more than a lively attitude to competition. Apparently agreements and controls were impossible to enforce but eventually, in 1931 when the first bridge was built, the surviving fifteen operators, with a varied assortment of vehicles, joined together as one private company.

Clearly the owners of Canvey and District Motor Transport Co. Ltd. were an ambitious bunch if the bus depot is anything to go by. In 1934 they lodged plans for an exceptionally grand building. The premises were officially opened the following spring and under the roof there was provision for parking over 20 vehicles, a paint shop, four inspection pits, stores, offices and a large flat for the depot manager and his family on the third floor. The front of the building has the Art Deco design of the period and is one of the oldest commercial buildings on the Island (public houses aside!) 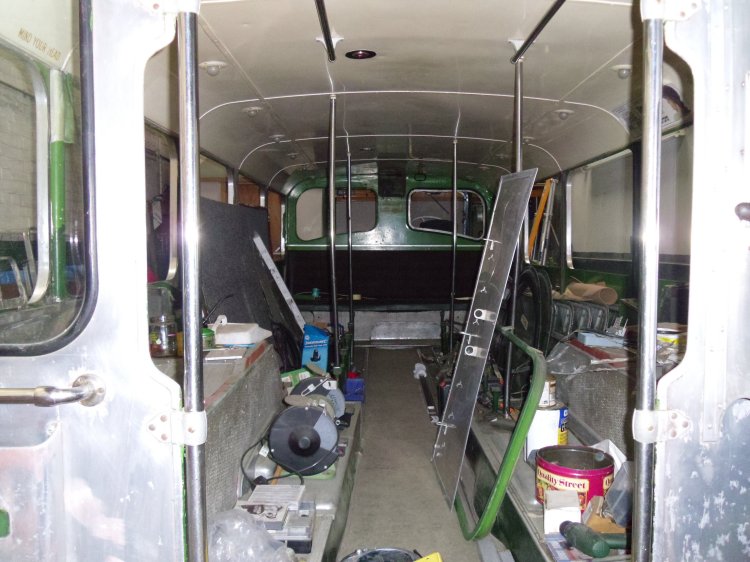 Inside a bus being renovated

Ownership of the depot ultimately passed to Eastern National but the state of the building deteriorated and once the underpass was opened by Benfleet rail station the rationale for a Canvey depot waned and operations finally ceased when the buses were transferred to the Hadleigh depot in 1978. Eastern National had, however, previously rented space to a small number of privately preserved historic buses, collectively owned by the Eastern National Preservation Group. 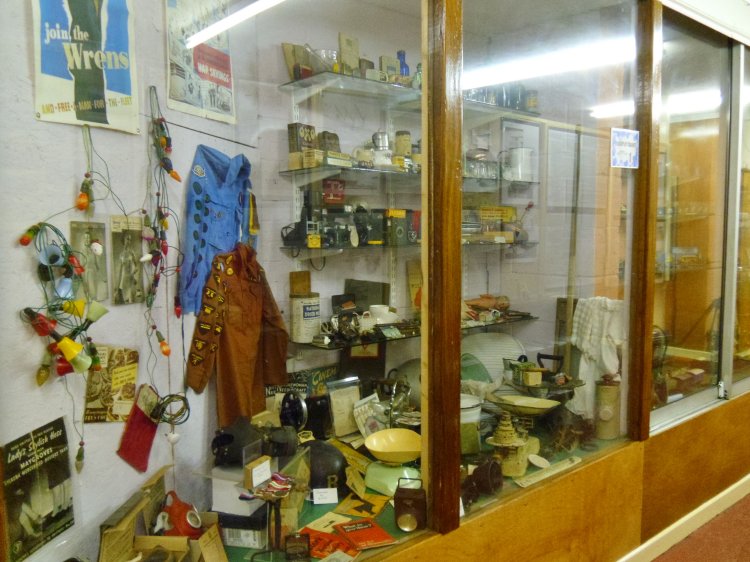 Some of the many items on display

When the depot was put on the market for £40,000, a not insignificant sum at the time, the Preservation Group was determined to gain control. Some members put their houses on the line to raise money and there were numerous fund raising efforts such as taking a bus to rallies to use as a shop or a café. The members even sold Easter eggs outside the depot gates. The Preservation Group was successful and the Museum was formed in 1979. The locally based theme of the original group may still lead the vehicle collection but it also contains examples from across the country as well as commercial vehicles, a London Transport recovery truck and emergency vehicles. 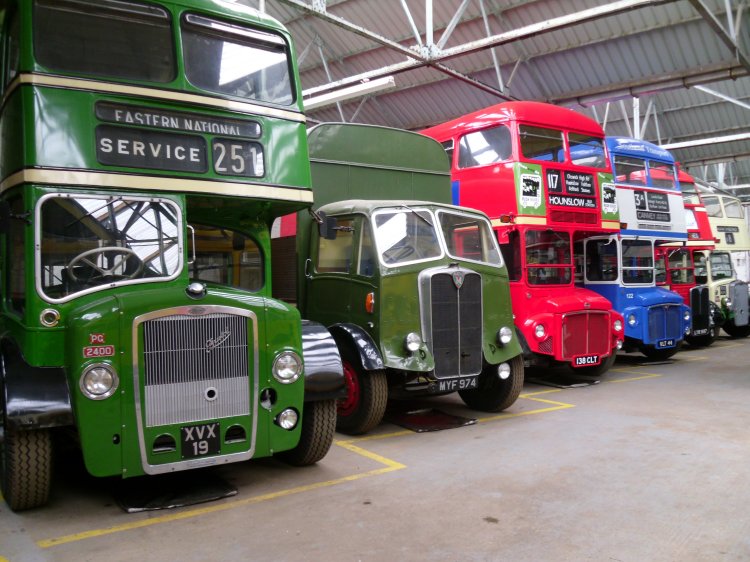 Some of the many buses

Although not part of the original team, Marian and Keith Patten have been exceptionally involved with the Museum for a quarter of a century, holding a variety of committee positions. Keith in particular has spent considerable time organising the restoration of the building which has some 32,000 sq ft of space over the three storeys. When they arrived in 1990, having previously owned a bus and a tram stored at Lowestoft, the building was really neglected.

It was health and safety legislation which finally prompted the committee to clear up the building. For example, the floor of the depot had to be needle gunned to remove decades of ground in oil and dirt before they could even think about painting and creating ‘fire paths’ into the floor layout. An additional exit stairway had to be added for the upper floors and, health and safety aside, the building required a new roof and replacement of broken windows. In what was the manager’s flat a 60 seat café has been opened (the original fireplace is still in place) in addition to another café at ground level. Over £160,000 has been spent and there is still a lot of work to do. 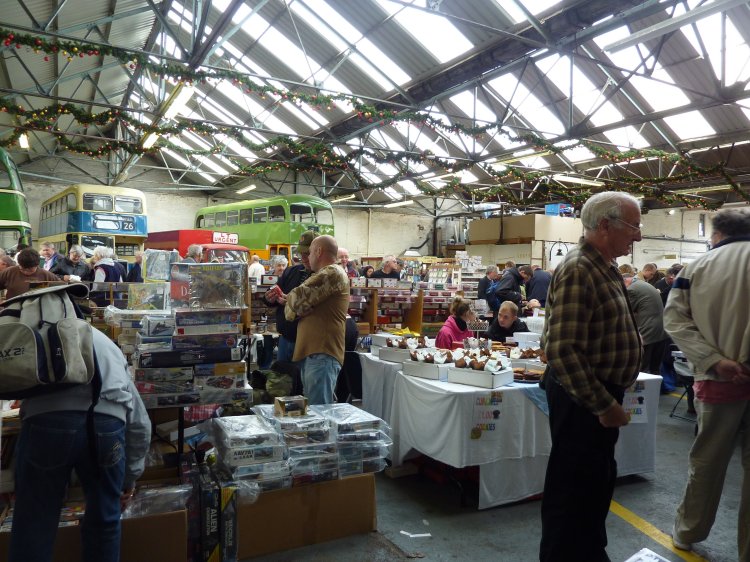 Inside the museum during one of their open days

Under the new roof sit numerous vehicles, others such as the three fire engines are parked in the single storey structure at the back. Many are in pristine condition while others are in various states of restoration. The exhibits are a moving feast to some extent as many are privately owned and renting space. There were even some military vehicles stored and exhibited there for a while. As a working museum – two pits are still in use – there is a host of tools and servicing equipment in the workshops.

In addition to the vehicles, the Museum has a wealth of related exhibits such as uniforms, ticket machines, a mocked up crews’ rest room, photographs, books, manuals, timetables and posters. The displays also cover other forms of transport as well as domestic and general memorabilia items from bygone eras. Every nook and cranny is filled with items that will spark interest, such as some old model boats. 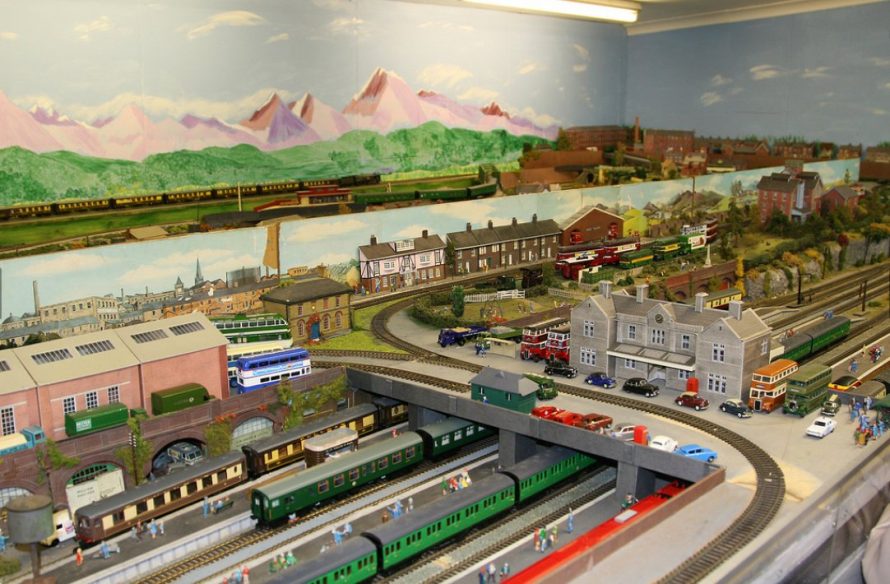 Last but by no means least, upstairs is also home to a large working model railway, the basis of which came from a Shoebury based model railway group. The volunteers acquired the track in exchange for the Museum running some bus links to the Southend bus show. Marian and Keith rebuilt what they acquired, adding considerably more, got some locomotives and rolling stock and worked on detailed scenery so that the end result is an impressive layout. 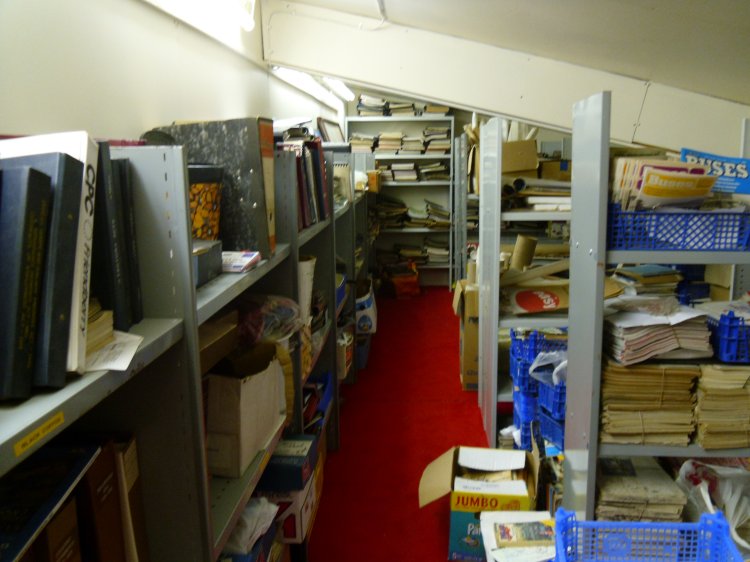 Behind the scenes there is much more. There is an enormous archive of transport material which can be accessed by the public on request. Members even saved two transit loads of material from Furtherwick School when was being demolished including photographs, records, videos, trophies and even a carpet with the school’s crest – all of it was destined for ‘the skip’ if the Museum had not stepped in.

So, even if you are not a bus enthusiast, the Museum has plenty to offer visitors. It is open the first and third Sunday in every month, bank holidays and every Sunday in August. Special visits can be organised for schools (one group of pupils regularly visit from Germany) and other groups.