Passed to us by Maureen Buckmaster 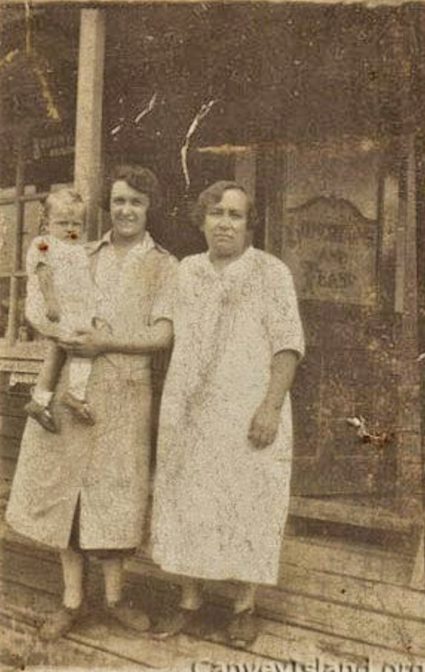 “This photo shows my grandmother Jane Banaghen with her daughter, my aunt Jinny Clarke, holding my cousin. They are standing in front of the tearooms that they had in the High Street along from Stevens the bakers. The parade of shops was in front of Ebor House, where they lived. My cousin told me that when the new road was built the workmen all stayed in Ebor House and in tents in the garden (must have been Summer!!) At the time my gran had the tearooms the buses used to stop at the Jellicoe and the drivers would have tea at the cafe. I think I told you that my Aunt Jinny’s daughter, Joyce was knocked down and killed by a bus in an accident on her way home from Whittier Hall School. It wasn’t the driver’s fault but as he had know Joyce from babyhood he never drove again. I have a press cutting of the inquest somewhere.”