Patch and the Ponies 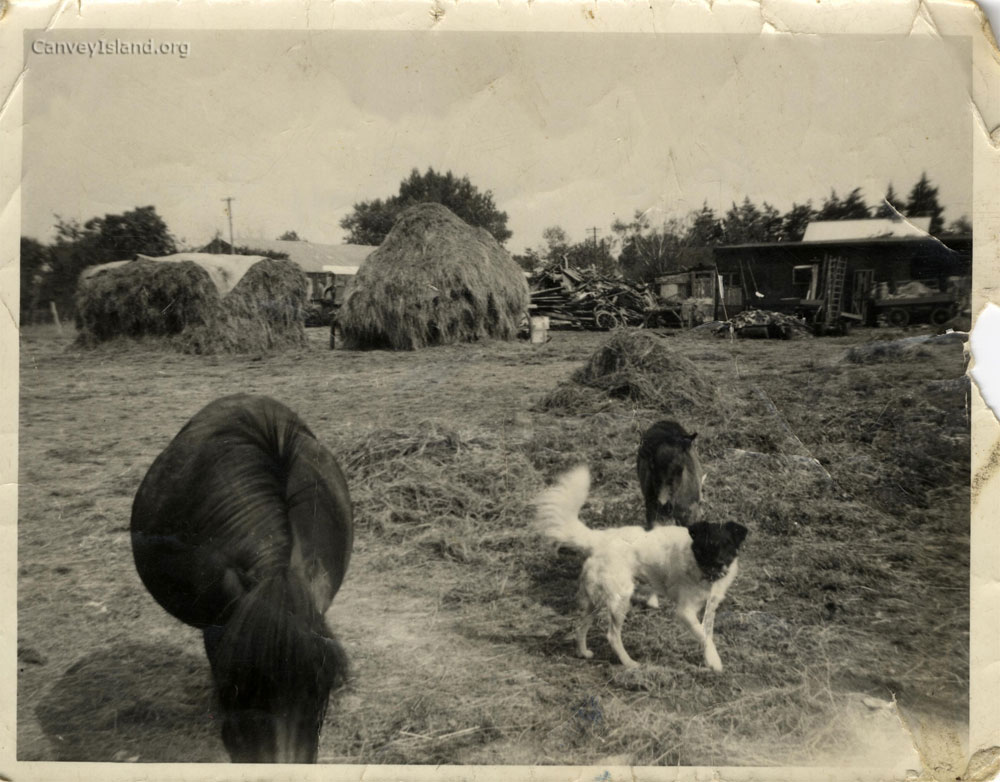 I think it was in 1950 that I picked him out of a sort of bran tub in St Anne’s Pet shop. He was with three other little furry bundles. He stood out because he was sort of dappled white with two black patches on his back; the other pups were just black or brown. 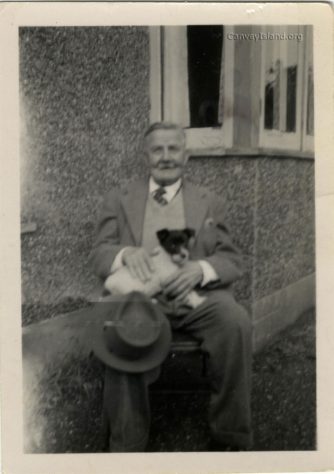 c1950: Mums Dad Charles Porteous with Patch as a Puppy

No problem with a name then, he was christened Patch immediately. As far as breed: my mum said he was a ‘Heinz’ (57 varieties).

His puppy hood and early youth was fairly unremarkable, but I do recall that on Feb 1st 1953 he was the only member of the family to be ferried through the floodwater, standing up in a tin bath.

As far as his interest in horses goes, this must have started sometime in the mid-fifties. You see, we lived at Sundown, Gaffzelle Drive, right opposite the field and stables where Billy Wells kept his ponies for the famous ‘Pony Rides’ down at the sea front. During the summer season at 10 o’clock everyday they would set out for the pony track: a cavalcade, headed by a flat bed cart driven by Billy Wells or Tony Frost followed by as many as six ponies ridden by the pony boys, this used to kick up the clinker surface of Gafzelle Drive.

Now, Billy Wells had a black and white dog called Bobby, who used to run alongside yapping a bit, but he was quite old, broad of beam, short of leg and used to give up and come home by the time they reached Cresent road. 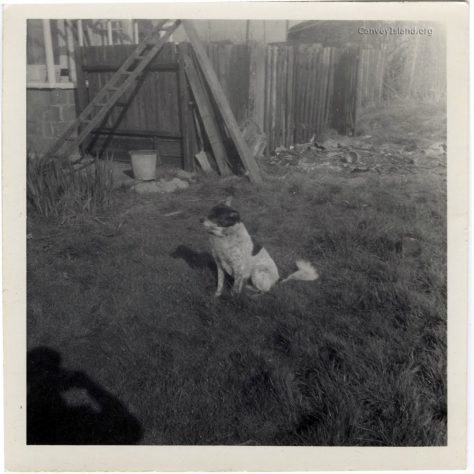 Patch obviously thought this looked like fun and joined Bobby, but he was younger, slimmer and had stamina. Also, I think it was mostly genetic, as the largest of his ’57 varieties’ must have been foxhound. He was in it for the full stint and then would stay up the seafront till the ponies came back in the evening.

Try as hard as we might, it was almost impossible to stop him. If forewarned we’d have to tie him up, but often it was forgotten by the pony boys. As soon as he heard the sound of the hooves on the clinker, he was off like a shot and nothing could stop him.

The fence, gates, our legs, nothing could impede his progress, on a couple of occasions when barred by closed doors he jumped out of a window. Off he’d go barking like mad, running ahead of the cavalcade. 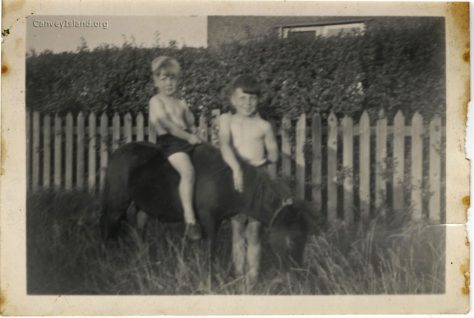 People, no doubt thought he was a flaming nuisance and a traffic hazard. But he wasn’t a bad dog or even a mad dog, just a rather over-enthusiastic dog, who thought it was his duty to clear the way for the ponies by barking at any other vehicles that might dare share the highway. OK! He was a traffic hazard, but fortunately there was not as much traffic on Canvey as there is today.

One Saturday he ventured out a bit further and we were really worried that something had happened to him. When he eventually turned up with the pony cart in the evening he was in a sorry state, bedraggled and sweating. We asked Tony Frost ‘where the heck has he been?’ He answered ‘he’s run all the way from the blacksmiths at Pitsea and back’. There was no Canvey Way then, so it was through Benfleet, via Tarpots, along the A13, past the Gunn Pub and back. 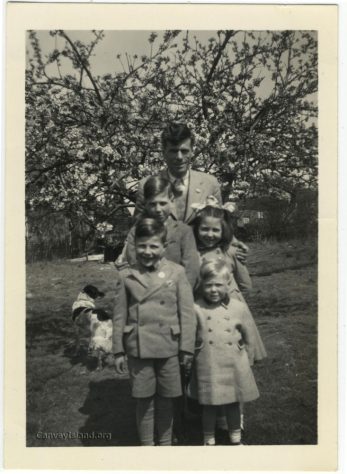 The Stevens family with Patch – Spring 1954

By the early 60’s the pony rides packed up and ‘Patchy’ had, we think slowed down from his energetic lifestyle. His dog days continued till he was over 13 years and his demise was, unfortunately and ironically the result of a motor accident.

One evening about 10 o’clock he was coming back with my dad from lighting the ovens at the bakery across the road, when he wandered out into the path of an oncoming car.

Well, ‘Old Patch’ has been chasing those ‘Ghost Riders in the sky’ for many a year now. So, imagine my surprise the other day when looking on the ‘Canvey Community Archive’ website at some random Canvey photos submitted by Sandra Davies and there he was! Having his photo taken in his old stomping ground (see below).

Thanks to my sister Jenny Stacey and my brother Chris Stevens for their help with this story, as my memory was a bit ‘Patchy’ in places! [Layout by D.Bullock] 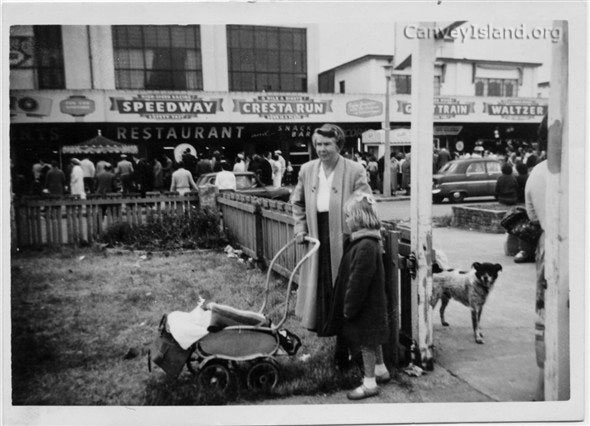 Regarding the photo, for true Casino aficionados my brother Chris remembers Bob Harwood (a family friend) doing all the front façade sign writing.

If you remember Billy Wells and the Ponies or Patch please leave a comment below.